Razer NeXT CrossFire Tournament: The Finale

Once again, the country’s elite CrossFire teams meet each other in one of the largest waves that the Razer NeXT CrossFire Tournament has ever seen: With a record-breaking total of 130 teams from all over the country, being in the top four alone is an accomplishment that anyone can be proud of.

Pacific.Macta and Pacific.Wara, two of the nations’ best sides, represent the colors of the North in this tournament. Meanwhile, HasLeft.PS and Nerve make it through to the last finals of this year’s tournament as they beat fellow compatriots X and Y along the way in this wave’s group stage.

The map pool for the semi-finals is composed of Black Widow, Port and Mexico, while the finals will feature Sub Base, Ankara and Black Widow as the deciding map if needed.

Nerve versus Pacific.Wara: A Twist of History

Nerve from Cebu makes history as they become the second team from the South to be able to break out into the finals of the 6th leg of the Razer NeXT CrossFire Tournament. WattzKing became the fisrt team to be able to do the feat after beating Pacific.Wara, 2-1, in the semi-final match of the 4th leg of the tournament.

Nerve gained their ticket into the finals by beating Pacific.Wara in two maps. First, they won against Pacific.Wara on Black Widow with a scoreline of 10-8, which is as classic a map as it could be. Then, in an extremely close match on Port, they were able to summon the required mental fortitude in order to edge out the CrossFire veterans with a score of 10-9.

Beating Pacific.Wara, which is basically one of the top three CrossFire teams in the country at the moment, is never an easy task. However, the victory showed that with enough talent and practice, one can beat the cream of the crop at any given day!

As for Pacific.Macta, it is just another day at the office for them as they took down HasLeft.PS with dominating scorelines of 10-4 and 10-3 on Black Widow and Port, respectively.

Into the Breach: Nerve versus Pacific.Macta

For the second time in the history of this tournament, the North and the South locked horns in the grand finals of the Razer NeXT CrossFire Tournament. Only one question remained:

Will Pacific.Macta create another record by getting all six championships? Or will Nerve prove to be “Macta’s kryptonite”?

After two quick maps, the answer was clear: With a score of 10-5 on Sub Base and 10-3 on Ankara, Pacific.Macta collected all six Razer NeXT CrossFire tournament titles, grabbing a total of P60,000 in cash, along with several pieces of brand new gaming gear and lots of in-game items as well. 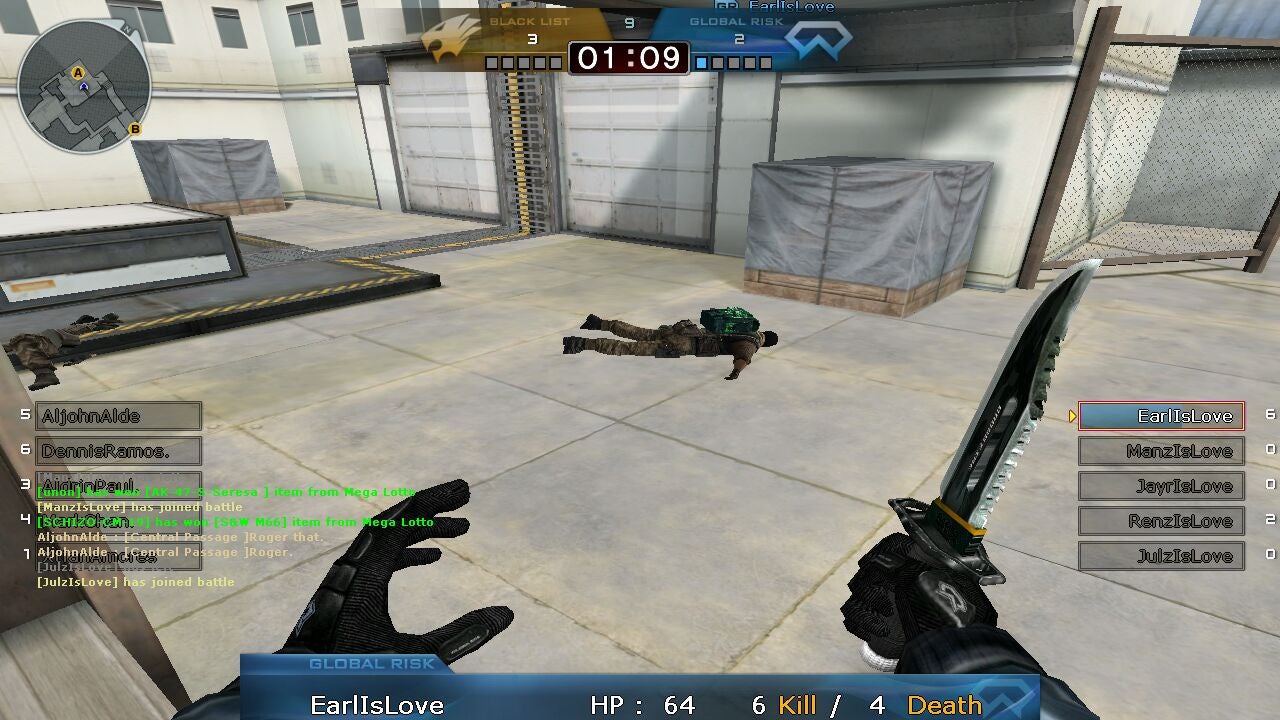 It is always hard to put rounds in the board. Screengrab: Philippine ESports Organization

Surely enough, there is no denying that Pacific.Macta and Pacific.Wara belong to some of the best CrossFire teams in the world.

However, it cannot be denied that the quality of the teams from the South have increased in comparison to the status quo six months ago when they have started facing off against their comrades from Luzon and Visayas.

Also, the experience, strategies, tactics and plays that they have witnessed this year could serve as a very good foundation for the years for come. It is not impossible for the South to win against their Luzon and Manila counterparts: After all, WattzKing did get one map against the best team in the Philippines!

But for now, Pacific.Macta are the winners of this Razer NeXT CrossFire Tournament.

This is it. Six titles; seemingly quick, reactionary playstyles and a propensity to adapt on the spot if needed.

What more can be asked for?

For those of you who were not able to watch the finals of the 6th Wave of the Razer NeXT CrossFire Tournament, we have it here for you!

Here are the final results of the tournament: