Who are the favorites heading into the Worlds Semifinals?

We started with 16 teams and now we’re down to 4. With the semifinals of this year’s World Championships right around the corner, let’s explore one of the more controversial claims to come out of the tournament: the idea that there are no clear favorites to win it all this year.

Now why has this idea been circulating in the first place? It’s a combination of many things, namely Korea’s pro player exodus that kicked off 2015 with a bout of uncertainty, China’s heavily underperforming teams in the group stage and of course, the sheer number of upsets and derailed trends we’ve seen so far over the last couple of weeks.

But ever since the Knockout Stage started, the magic of the wild turnarounds and shocking performances seemed to have mellowed out a bit. The idea that there were no favorites this year implied that there was a certain parity between all the teams that made it out of groups.

Yet two teams managed to completely sweep their opponents in the quarterfinals—SK Telecom T1 and Fnatic. So if there are indeed no favorites, why are these two teams looking so dominant? Let’s examine that. 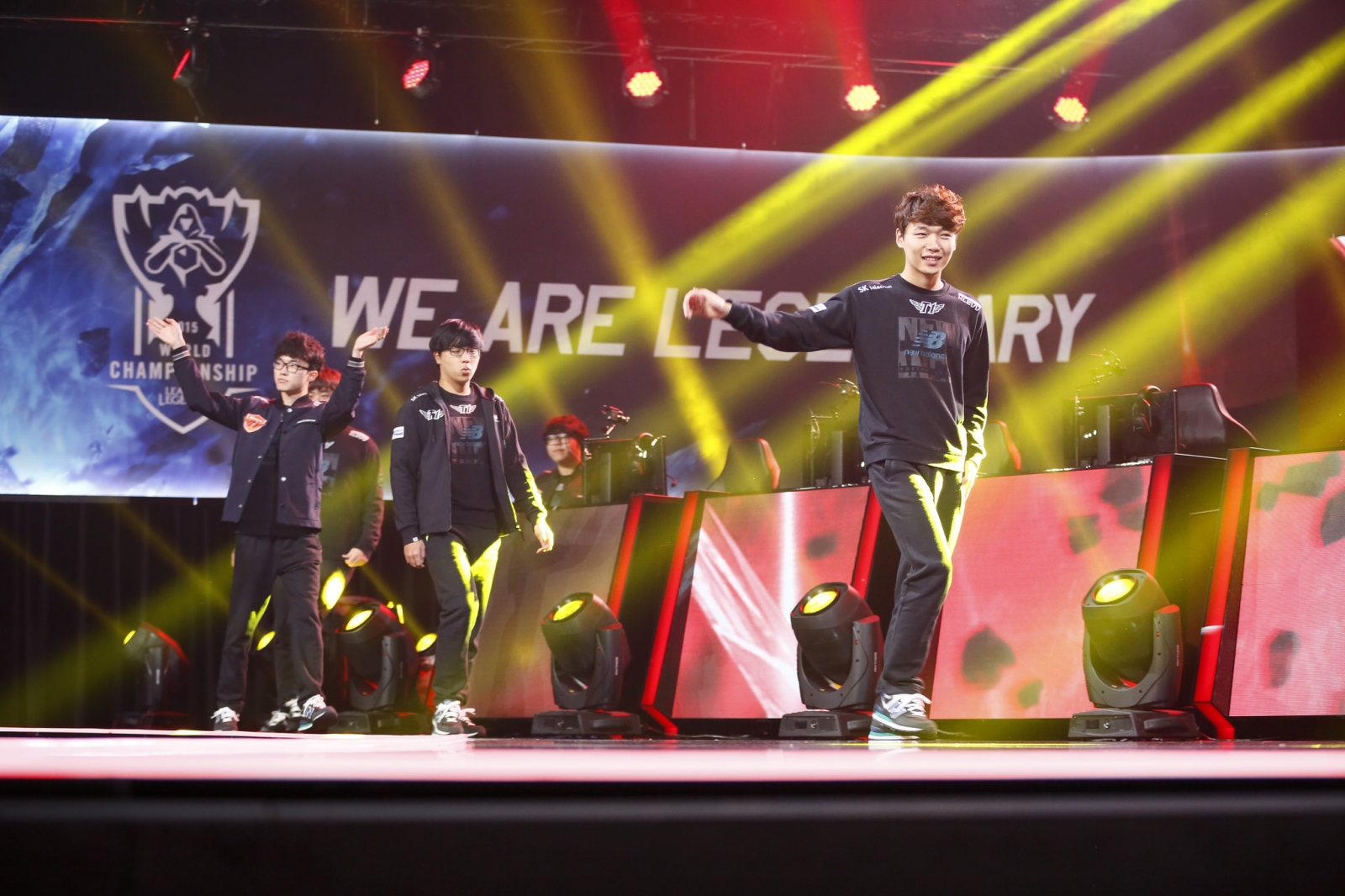 Everyone who watches competitive League of Legends will say that SKT are one of the best teams in the world. I mean, why would you bet against a former World Champion organization? However, this isn’t the same team that won all the glory in 2013.

SKT actually failed to qualify for the 2014 World Championships, and since their peak 2 years ago, they’ve lost 3 of their original members to North America or retirement. When the Great Korean Exodus happened, with China buying out nearly all of Korea’s top talent, SKT was one of the few organizations to not lose a lot during the shuffle. They still had Lee “Faker” Sang-hyeok after all, the Demon King and the best player the game has ever seen.

Still, many were of the opinion that even with Faker, SKT was past its prime. The dominance they had over Korea could just be attributed to the other organizations being even more stripped down than SKT were. Their back-to-back LCK championship wins were seen as being of lesser quality compared to when the region had such superstars as Bae “Dade” Eo-Jin, Gu “Imp” Seung-bin or Lee “KaKAO” Byung-kwon.

Except that, as we’ve seen, Koreans aren’t any less dominant against the rest of the world. China’s massive disappointment aside, every Korean team made it out of groups this year. A 15-3 combined record is by far the best for any region in attendance.

Now it gets harder and harder to justify the claim of “no favorites”, and that’s even before we look at SKT’s quarterfinal performance. They continued their undefeated record, sweeping ahq e-Sports Club with relative ease. I’ve already said that the scariest thing about SKT at this tournament is how much Faker isn’t even carrying the games yet, but that became even more apparent in this series.

Sure, Faker absolutely dominated on Ryze in game 2, but Jang “MaRin” Gyeong-Hwan and Bae “Bang” Jun-sik continue to be the driving forces behind the team. MaRin in particular  has been showing unprecedented levels of playmaking as a carry top laner on Fiora, Darius and even Renekton. Many thought he was just a tanky role player with his 24-win Maokai streak, but the squad’s shot caller has switched up his style to spearhead  his team to victory.

Bang has without a doubt been the best carry at this tournament, going by numbers alone. He currently stands at a huge 27.25 KDA ratio, but before ahq managed to drag his average down, he was amassing a mind-blowing 73! With how much threat his solo laners are providing, Bang has all the freedom to clean up kills in team fights.

Bang is a stone cold killer on the Rift.

Undefeated and largely untested (unless you count game 3 of the quarters series where ahq managed to get within 6k gold of them), SK Telecom look poised to dominate this year. If you were looking for a favorite to pick, look no further. However, they aren’t the only favorites left.

Fnatic – The Light of the West Fnatic is the only other team to get a clean sweep in the quarterfinals, and the only thing more impressive than what they did is who they did it to.

Edward Gaming was the only Chinese team to not suffer a collapse at this year’s Worlds. Coming in as the winners of the Mid-Season Invitational in which they bested SK Telecom, EDG were seen as an overall favorite to win the tournament. Then Fnatic happened.

Europe’s #1 seed may have had a rough start to Worlds, going 1-2 in week 1, but they brought it back with an undefeated week 2, complete with the most exciting game of the tournament so far against ahq. While SKT’s story has been about a return to their 2013 form, Fnatic have run a tale of new beginnings and brotherhood.

After failing to make it out of groups at last year’s Worlds, only Bora “YellOwStaR” Kim was left to rebuild the roster, with many losing faith in Fnatic after losing so many of its star players. Now, nearly a year later, Fnatic are more dominant than they’ve ever been: a 21-win streak in the LCS, 5 straight wins heading into the Worlds semifinals, and more bromance than you can ever hope to have.

But that bromance didn’t stop Martin “Rekkles” Larsson and crew from destroying EDG. Apart from the first game where the Chinese squad crafted a global spell spamming team with 3 teleports, Fnatic seemed to have their opposite number all figured out.

Fabian “Febiven” Diepstraten has shown a consistent level of champion mastery that has quietly carried Fnatic through their toughest matches. Whether it was Leblanc, Azir or Viktor, Febiven managed to contain Heo “PawN” Won-seok throughout the entire series. Let’s not forget that PawN is a World Champion whose claim to fame is being Faker’s kryptonite, so matching him is no easy feat. 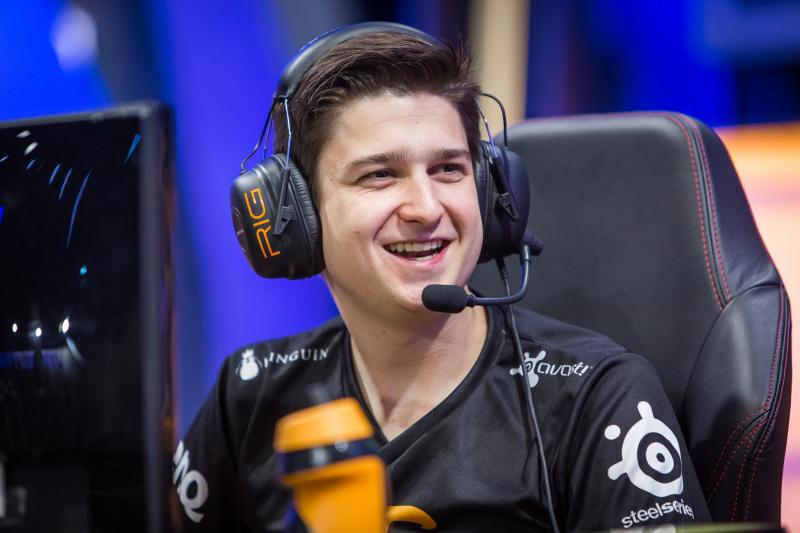 With PawN down, are Kuro and Faker next on Febiven’s hit list?

For Fnatic, it’s all about surpassing expectations. People have counted them out before, but they’ve always come back stronger than ever. Back to back European LCS championships, the most dominant western team in the history of the game, and now a clear cut victory over a League of Legends superpower team. Fnatic are no longer underdogs. In them is the potential to go the distance.

But can they? While SKT are still heavily favored to win against Origen, the other big hope of the west, Fnatic must stare down Korea’s #2 team, KOO Tigers, who have been consistent performers at the tournament in their own right. With what they’ve shown so far, they certainly more than up to the task.

The 2015 World Championship Semifinals begin this Saturday, and we’ll be updating our results page as the action unfolds. Be sure not to miss anything during the home stretch of the tournament!