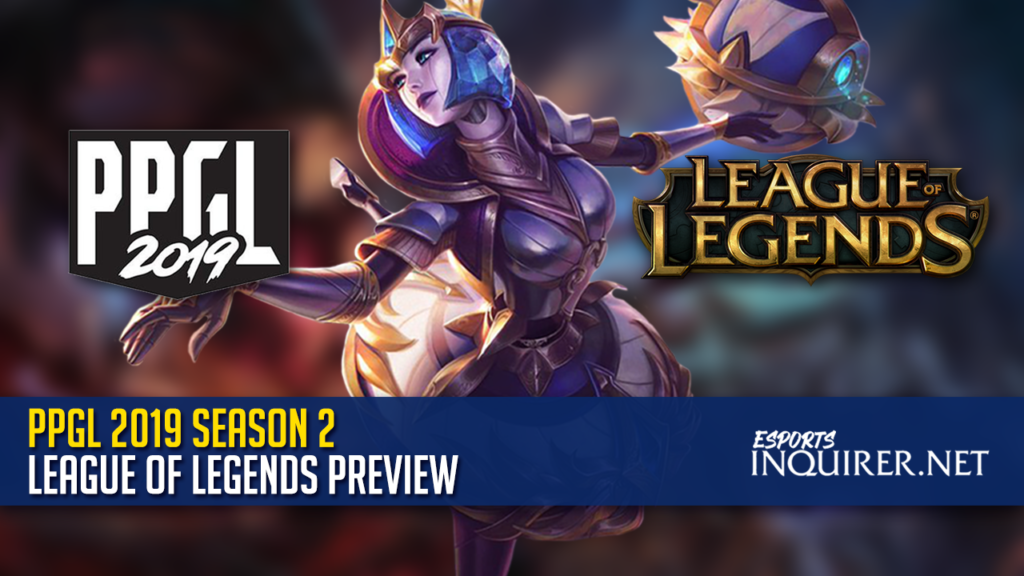 After a hardfought qualifiers, four teams are well on their road to fortune and glory in the approaching League of Legends championship finals of the nationally-acclaimed Philippine Pro Gaming League – Season II. Set to take place on August 10-11, 2019 at the Market! Market! Activity Center in Taguig City, Liyab, GH Alpha, Ruyal Esports, and GH Kaiju are vying for the prestige of bringing home the championship title as the country’s premier League of Legends organization, along with a hefty part of ‎₱400,000.

First, heading into the Semifinals as the front-runner to take the championship, we have the ambitious Liyab Esports. Liyab, powered by Globe Telecom and Mineski, was formed in the vision of dominating esports in the Philippines. Headed by the previous coach of Worlds attendee Ascension Gaming Akarawat “Cabbage” Wangsawat, the veteran-stacked roster, true to its fiery namesake, favors early-centric playstyles that allow their solo laners in Joo Young “GGamza” Lee and Eric “Exosen” Allen Gubatan to set the pace on the Rift in their favor. Combined with their attention to map rotations and vision placement, Liyab’s raw firepower alone might be a bit too much to handle for the rest of the competition.

Rivalling Liyab all the way from Central Visayas, we have the professionally run Ruyal Esports. Founded last January, Ruyal Esports is a well-funded organization who’s made a name for themselves by winning the Cebu Mayor’s Cup 2019. Ruyal’s playstyle relies heavily on the dominant showings of their bot laners in Angelo “Zivs” Bonga and Marc “Moopsz” Barrion. With the support of jungler Domino “Domeng” Magbanua, Zivs is able to play to his potential and slowly take over the map by taking down turrets one after another. Methodical, steady, and calculated. Ruyal Esports has honed its playstyle to take advantage of Zivs’s strengths. Given the resources at their disposal, much like Liyab with its own gaming house, support staff, and salaries, Ruyal stands as a worthy challenger who seeks to lay its claim to the champion’s throne.

Last but not the least, representing the grassroots, we have the newcomers under challenger clan Guardian’s Hive, GH Alpha and GH Kaiju — coming straight from the jungle that is Philippine solo queue, Guardian’s Hive rookie talents have knocked out veteran line-ups in Bren Esports and TNC Pro Team in the group stage – a testament to their prowess on the Rift.

If we can take a thing or two from their past performances, GH Alpha and GH Kaiju have shown their tenacity in creatively adapting to their opponent’s draft by employing bold picks such as Miss Fortune and Draven for GHA Drei and Veigar for GHK Tatsurii. Despite their roots however, GH Alpha and GH Kaiju have conversely shown their aptitude for playing standard compositions whenever optimal. But if they’re going to give Liyab and Ruyal a run for their money, the Guardian’s Hive will have to clean up its play and overwhelm the competition with their swarm of unorthodox picks and strategies.

These champion hopefuls are coming into the PPGL 2019 Finals with their heads held high representing the cream of the crop of Philippine League of Legends. Catch them battling it out in the semifinals on August 10 at 3:00 P.M. at the Market! Market! Activity Center or watch the stream over at https://www.facebook.com/ppglgg.