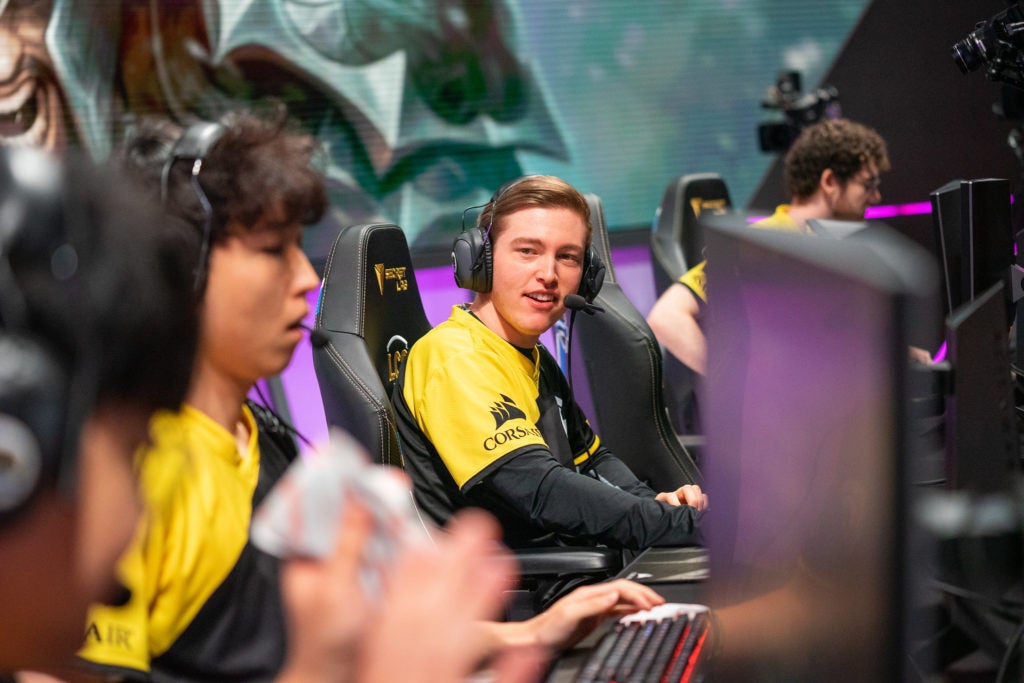 The 2019 League of Legends World Championship is right around the corner. Hopefuls from all around the globe will be fighting for the prestige of bearing the ninth Summoner’s Cup. Before that though, a few of the qualified teams have to pass through the World’s Play-Ins stage and earn their spot at the main event.

Let’s take a look at who are the group favorites heading into Berlin.

The Dignitas-owned cowboys have had quite a journey on their way to Worlds. From a close semifinal loss against the eventual champions in Team Liquid to their miraculous gauntlet, Clutch Gaming comes into the play-ins with a breadth of competitive experience under their belt.

Stepping up for Clutch in the gauntlet, Sun “Cody Sun” Li-Yu’s standout performances on Kai’Sa (3W-1L, 4.5 KDA) and Ezreal (3W-0L, 11.5 KDA) have been crucial to their victories against TSM and CLG.

On another note, Tanner Damonte’s masterful flanks on Qiyana and Sylas have earned the homegrown mid-laner the respect he rightfully deserves. With their continued growth as a unit, Clutch is a formidable contender heading into Berlin for the play-ins.

Despite being heavily outclassed by Fnatic in the gauntlet, Splyce’s tried-and-tested scaling playstyle should have more than what it takes to get out of play-ins and into groups.

Taking down Origen (3-2) and Schalke 04 eSports (3-0) in the first and second round, Splyce’s drafts revolve around giving Kasper “Kobbe” Kobbereup his late-game carries in Kai’Sa, Vayne, or Jinx and with Tamás “Vizicsacsi” Kiss on Gangplank for cross map pressure.

In Group B, Splyce will have to start experimenting and slowly change their playstyle to be proactive and thereby, allow their adept solo lanes to thrive. Marek “Humanoid” Brázda’s performance in their series against Fnatic was but a taste of what the up-and-coming mid can accomplish.

It’s all on Splyce if they can continue to hold the ball against Isurus Gaming (LLA) andDetonatioN FocusMe (LJL) and proudly represent Europe internationally.

After a two-year absence from Worlds, Hong Kong Attitude is back once again to redeem themselves for previously failing to get further than play-ins. Former ahq e-Sports Club Mid Wong “Chawy” Xing Lei carries on as its coach — with Chen “M1ssion” Hsiao-Hsien and Ling “Kaiwing” Kai Wing being the remaining playing members of the previous Worlds-qualifying HKA.

Based on their performance in the LoL Master Series, Attitude favors a fast paced early game with Elise in the jungle and a winning bot lane to snowball leads and control the bottom half of the map. Against the slower paced Lowkey Esports (VCS) and the unproven MEGA Esports (LST), Hong Kong Attitude stands a fair chance of coming out on top of Group C.

Falling flat 0-3 against SK Telecom T1 in the summer playoffs, hopes for Damwon Gaming were dwindling for the LCK Regional Finals. Nonetheless, Damwon was able to pull off a close 3-2 upset against the fiery Kingzone DragonX in the gauntlet.

Despite a greater part of Damwon having just over a year of competitive experience, Damwon was able to go toe-to-toe and outmatch the veterans of Kingzone mechanically and with respect to their map rotations. Sin “Nuclear” Jeong-hyeon, Heo “Showmaker” Su, and Jang “Nuguri” Ha-gwon’s ability to keep themselves farmed no matter the situation (topping the gold per minute statistic in the gauntlet at 438-455 GPM) is a testament to their individual prowess and how Damwon trusts their carries to bring them to victory.

Despite their coach Kim “Micro” Mok-kyoung being away for the duration of the play-ins, Royal Youth (TCL) and Flamingo Esports (CBLOL) should still be wary of what Damwon can pull off.

Read Next
TNC Predator Get Direct Invite to ONE Esports Dota 2 World Pro Invitationals in Singapore
EDITORS' PICK
New strategies urged to improve public transport
Cherry Mobile teams up with Cloud Panda PH, launches online store
Leveling up your ‘lutong bahay’ with the kitchen companion you never knew you needed
Chaos as thousands return to work in Metro Manila
Someone from the Philippines can become $356 Million richer this Tuesday
Senate OKs on 3rd reading bill allowing school opening after August
MOST READ
Senate OKs bill authorizing president to postpone opening of classes beyond August
‘If I had not been SolGen, I will make you eat your words,’ Calida tells Coco Martin
Chaos as thousands return to work in Metro Manila
51 percent of German firms holding back investments in PH, but not because of COVID-19
Don't miss out on the latest news and information.