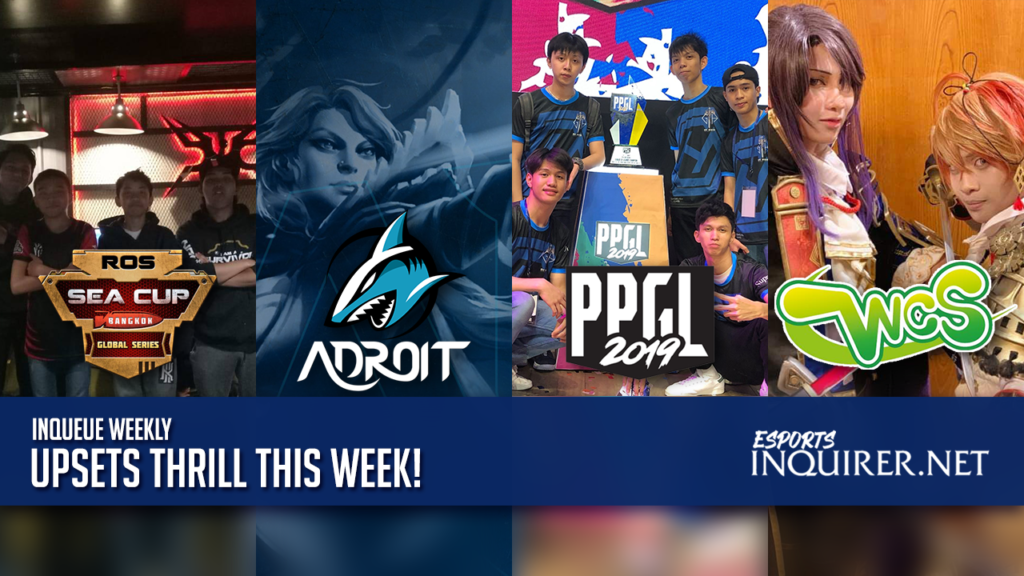 Manila, Manila, Manila. Esports and pop culture events are in abundance in the capital. Brands more often than not prefer to have their activation in the densest city in the Philippines. But this weeks’ story lines show that there’s invaluable talent in all parts of the country.

NimoTV-Rules of Survival’s Survival Cup Season 2 opened qualifiers in Cebu and Davao this year. A squad from each city made it to the top five (5) that represented the PH in the RoS SEA Cup. The three (3) others are from Manila.

But only the Davao squad placed within the top five (5) of the international competition in the evening of August 11. The rest were squads from Vietnam. They finished second–only 105 points behind the champs.

The squad wasn’t able to join the first season at all because all the qualifiers were in Manila.

The sharks made waves when they secured a slot for the DotA2 SEA Qualifiers after defeating Singapore’s Resurgence 2-1. Majority of the members only joined May this year. Their new found focus placed them within the top three (3) of reputable tournaments like StarLadder, Asian Dota2 Gold Occupation Invitational, Stars Championship Competition and RedRain Cup.

Even if they didn’t qualify for TI9, they kept their eyes on the prize. The all-Cebuano team is now part of the training pool of Sibol–the official PH national team for the SEA games.

We wrote a standalone for this one right away. There wasn’t supposed to be anything new for the finale of the Philippine Pro Gaming League for League of Legends. The finale was scheduled early morning, away from the prime time. But it’s one of the biggest upsets in the PH LoL scene ever.

The team, made-up of a mix of ex-pro’s and campus competitive, swept the series 2-0. Defeating the PH representatives for the LoL SEA Tour–Liyab. This makes Guardian’s Hive (GH) the only non-major internet cafe franchise brand to win the title since PPGL started.

Team Class S (S for Sekai) bested four (4) other teams in  TOYCON 2019 Pop Life FanXperience to represent the PH in the World Cosplay Summit in Japan this year. The duo, Sergio Sta. Ana and Kai Raito, performed as Oda Nobunaga and Toyotomi Hideyoshi from the otome game Sengoku Night Blood.

Their performance secured them a slot in the finals last August 4. They competed against 39 other teams for the duration of the summit.

That’s it for this week’s INQueue. Do you think we should have more events outside of Manila? We do! Check back Monday next week for the next feature.