OG and Team Liquid making the Grand Finals of The International 2019 meant history would be made as the tournament would finally have a second-time winner. OG had the chance to become the first back-to-back champions if they mount a successful defense of their crown, while four players in Liquid’s current lineup made up their TI-winning squad in 2017.

Aliwi “w33” Omar may have been the only player in this year’s Grand Final who didn’t have his name etched at the back of the Aegis but he didn’t let the pressure get to him when he turned up with a phenomenal Meepo performance in the first match. Liquid, however, saw their 20k networth lead disappear in a matter of minutes when Anathan “ana” Pham’s Spectre came online and became virtually unkillable in the succeeding teamfights. Things didn’t look good for Liquid as they were one barracks away from facing Mega Creeps but they got back into the game when they caught the six-slotted Spectre alone under their top tier 3 tower. Ana hesitantly bought back but it was simply too late as one final Ravage from the Tidehunter gave the rest of Liquid enough time to hammer OG’s throne to take game 1. 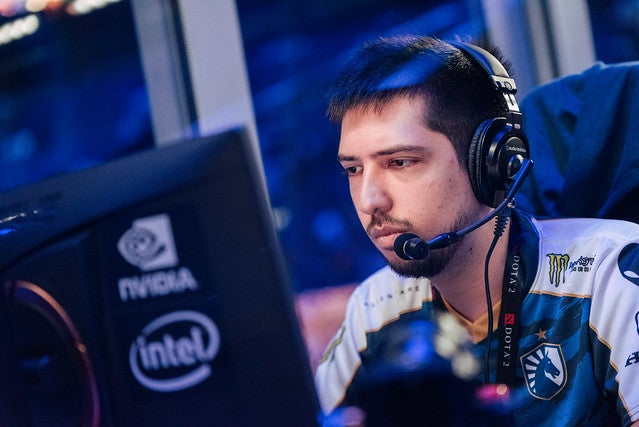 Liquid’s Aliwi “w33” Omar pulled out an exceptional Meepo performance in the first game despite being the only non-TI winner in the Grand Finals. © Valve

Liquid drafted a relatively greedy lineup of Lifestealer and Enigma for the second game whereas OG went with the extremely mobile Ember Spirit – Monkey King duo. OG knew Liquid were going to play passively with the way their lineup was set up so they pushed for a teamfight as early as 10 minutes. What followed was a 5-on-5 skirmish straight out of pub game as OG caused all sorts of destruction in the top Radiant jungle. Liquid thought that was the end of OG’s shenanigans but the defending champions refused to take their foot off the gas and relentlessly roamed the map killing every enemy hero they could find. Liquid were forced to call GG after 30 minutes and the series was tied at 1-1.

OG went with the same overaggressive strategy but Liquid still couldn’t figure out a way to counter it in the third match. Topias Miikka “Topson” Taavitsainen’s Pugna dominated Aliwi “w33” Omar’s Templar Assassin in the middle lane to get a Veil of Discord at the 5-minute mark. Getting the item so early in the game prompted the rest of his team to start pummelling Liquid in the same fashion as the last game to build up a staggering 10k networth lead after 15 minutes. Topson finished the 23-minute match with a 17/3/11 KDA record as OG dismantled Liquid with confidence and style to take the commanding 2-1 series lead.

Surprisingly, Liquid refused to ban ana’s Io in the fourth game. OG took full advantage of this and paired it up with Johan “Notail” Sundstein’s Abaddon to share countless methods of sustain with each other in the laning stage. Liquid foresaw it would take the Io a while to come online so they decided to give OG a taste of their own medicine by pressuring their side of the map with Amer “Miracle-” Al-Barkawi’s beefy Bristleback leading the charge. Liquid’s plan worked perfectly and it looked like they could push the series into a deciding game 5, but Topson had other ideas. Upon realizing that Miracle’s Bristleback and w33’s Windranger were extremely dependent on mana to sustain their damage output, he built an item you would normally get reported for on Gyrocopter: a diffusal blade. Liquid’s main damage suppliers eventually lost all their mana to the Gyro and before they knew it the OG was starting to knock on their barracks. ana completed thr Aghanim’s Scepter on his Io not long after to finally seal the deal. The Gyrocopter-Io combo stormed Liquid’s base hand in hand to take their throne, take the series, and take the Aegis once more. 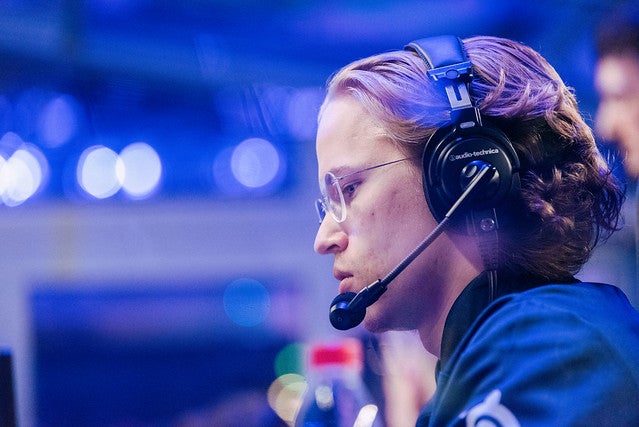 Topson’s peculiar build on his Gyrocopter was instrumental in turning the tide to OG’s favor in game 4. © Valve

For the first time in the game’s history, a team has finally won the Aegis of Champions twice. OG successfully defended their title in the most convincing way possible by playing a style of Dota that’s enjoyable to watch but horrifying to play against. With this victory, they will take home an astounding $15.6 million and cement their status as the greatest Dota 2 team of all time.

ADVERTISEMENT
Read Next
Four Players to Watch in the LCS Summer Finals
EDITORS' PICK
New strategies urged to improve public transport
Cherry Mobile teams up with Cloud Panda PH, launches online store
Leveling up your ‘lutong bahay’ with the kitchen companion you never knew you needed
Chaos as thousands return to work in Metro Manila
Someone from the Philippines can become $356 Million richer this Tuesday
Senate OKs on 3rd reading bill allowing school opening after August
MOST READ
Senate OKs bill authorizing president to postpone opening of classes beyond August
‘If I had not been SolGen, I will make you eat your words,’ Calida tells Coco Martin
Chaos as thousands return to work in Metro Manila
51 percent of German firms holding back investments in PH, but not because of COVID-19
Don't miss out on the latest news and information.