The first-ever Mobile Legends: Bang Bang World Championship, M1, will soon be underway on the 15th-17th of November in Kuala Lumpur, Malaysia. The tournament will be featuring 16 teams from all over the world battling it out for the lion’s share of a $250,000 prize pool. 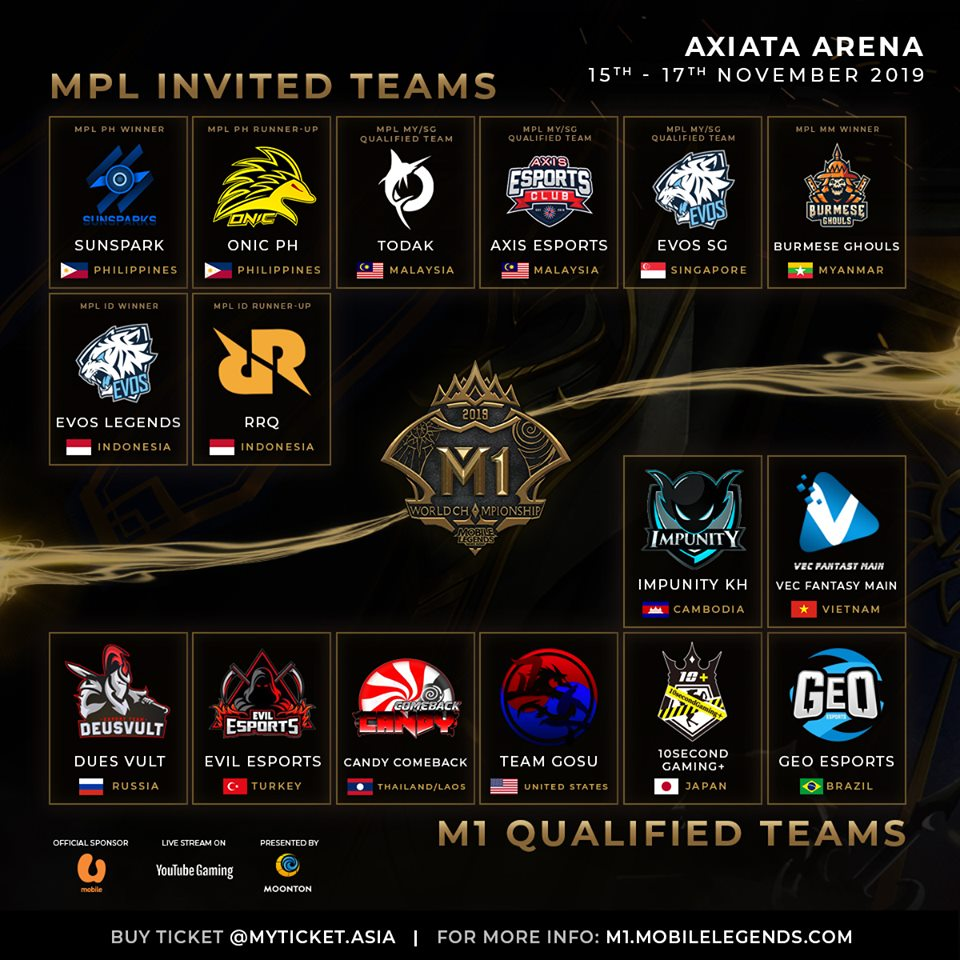 Representing the Philippines from the Mobile Legends: Bang Bang Professional League (MBL) are Sunsparks and Onic PH. They will be competing against teams from Malaysia, Singapore, Indonesia, Myanmar, Cambodia, Thailand and Laos, Vietnam, Japan, Turkey, Russia, United States and Brazil for national pride and the championship trophy. The M1 World Championship is divided into the Group Stage starting on November 11 which will then be followed by the Main Event soon after the group stage’s conclusion on the 14th.

Players and fans will be able to watch the much-awaited tournament live in the Axiata Arena, Bukit Jalil by purchasing tickets for the event through http://bit.ly/M1-Tickets. The tournament will also be livestreamed on YouTube Gaming for the entirety of the event.

A month after the world championship, the Southeast Asian (SEA) Games will be featuring ML:BB as the luminary gold medal title in the event’s esports category. Nine national teams will be competing from December 5-8, 2019 for the chance to get the first esports gold medal in SEA. The fast-paced push of esports and mobile esports to prominence will be a beneficial factor to the industry’s growth in the decades to come.

If Marcos runs in 2022 polls, he must accept results – Robredo