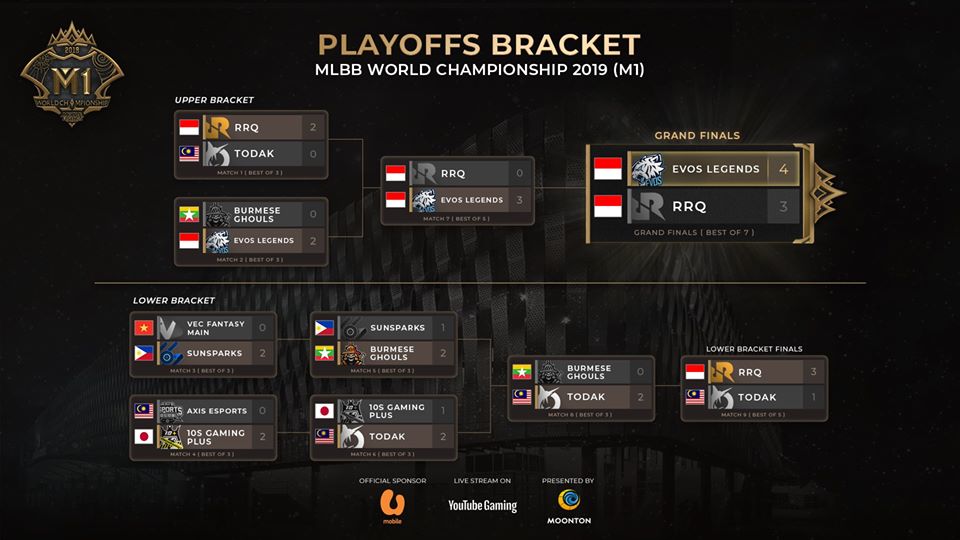 Despite making it out of the Lower Bracket Finals against Todak (MYS), RRQ fell one step short on their road to redemption against EVOS falling 4-3 in the Upper Bracket Finals. The Indonesian teams have previously gone head-to-head in competitions such as the MLBB MPL Indonesia Season 4 in the previous month.

For the Philippines, Onic Esports fell earlier on in the Group Stages going 0-2 in Group D alongside the eventual champions, EVOS. Meanwhile, Sunsparks narrowly fell to the Burmese Ghouls (MMR) 2-1 in Match 5 of the Lower Bracket.

M1 was the first Mobile Legends Bang Bang World Championship. It was held on November 15 to 17 in the Axiata Arena, Malaysia. The tournament featured 16 teams battling it out for a prize pool consisting of USD $250,000.