Your Go-To League of Legends Guide for Season 10

Since the Rise of the Elements took to the rift in Patch 9.23, we’ve had overpowered Elder Drakes, back-to-back Rift Heralds, and Alcoves spring on the map, significantly changing the way League of Legends is played. As Season 10 approaches, here’s a rundown of what to expect when ranked play returns on January 10, 2020.

The pivotal change of the upcoming season centers around the mythical creature that lies in the cavern south of Summoner’s Rift, the Dragon. In the past seasons, the elemental dragon has had a crucial role in deciding games with the stat bonuses and special buffs that it gives once it’s taken down.

In Season 10, the Infernal, Ocean, Cloud, Mountain, and Elder Drake have been tinkered with once again. Infernal and Ocean dragons still give relatively the same benefits when taken, percentage AD & AP (4/8/12/16%) and missing health regen every 5 seconds (2.5/5/7.5/10%) respectively. Mountain dragon, which used to make it easier to take down objectives, now gives percentage armor and magic resistance (6/12/18/24%) while Cloud dragon gives increasing ultimate cooldown reduction (10/20/30/40%) which ignores the cooldown cap instead of giving bonus movement speed out of battle. The Elder Drake has received a substantial buff when taken down as the Aspect of the Dragon stack now procs Elder Immolation that executes an enemy damaged below 20% of their maximum health.

In addition to this, the mechanics of dragon spawning has changed. The first dragon of a random element still spawns at 5:00 minutes but is followed by another dragon of a different type five minutes after. The third and every dragon that spawns thereafter will be of the same element that is different from the two previous drakes. As the second dragon is slain, the Rift then permanently changes to reflect the next drake to spawn. Each elemental drake affects the Rift differently:

Most of all, the greatest change to dragons in Season 10 will be the addition of a new buff called the Dragon Soul. Once a team successfully takes down four dragons, they get a team-wide neutral buff for the remainder of the game corresponding to the element of the Rift as follows:

Lastly, Baron Nashor has deemed to be too influential in the past season and as such, its duration has been decreased by 30 seconds (180 seconds). 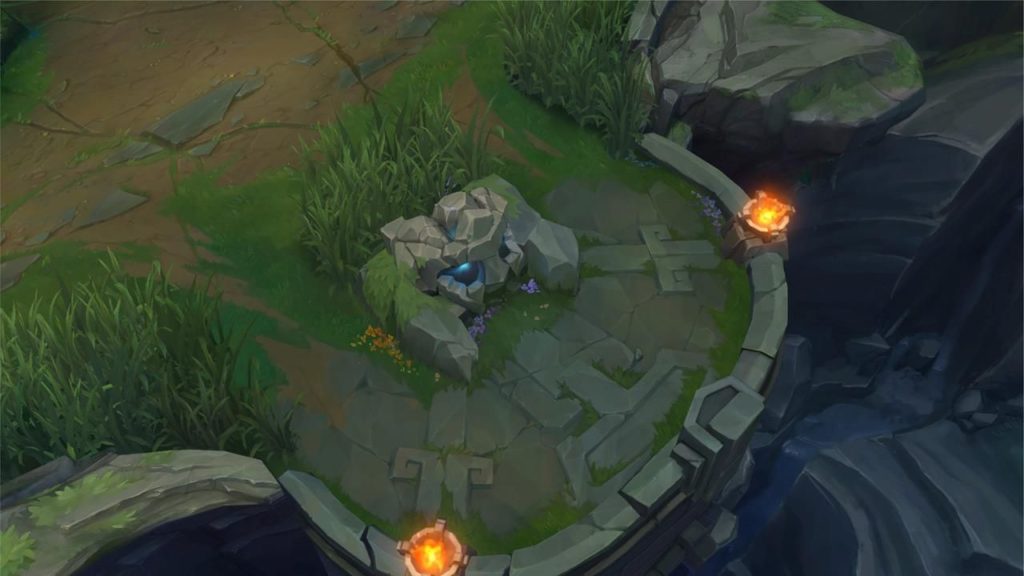 Alongside the elemental rift changes, League underwent experience changes for minions and jungle camps to balance the earlier stages of the game. For laners, solo XP is slightly increased while shared XP will be decreased. For junglers, catch-up XP has been removed but camp timers have been reduced to two minutes from 2 minutes and 30 seconds. Gold and XP for the Krugs, Murkwolves, and Raptors has been reduced while increasing the gold and XP gains for the Gromp.

Furthermore, turret plating had its armor and magic resist buffed the more champions are near it while now giving out 120 gold instead of 160 gold. To compensate for this, Rift Herald now respawns after six minutes of being taken down which means it can be summoned twice to get twice the platings! Its channel was also reduced to one second to make summoning Shelly much easier.

With these changes. Riot was hoping to balance the opposing halves of the map with Rift Herald as the clear objective for top side and Dragon for the bottom side. As junglers have lower XP gains in the jungle, getting the solo lanes fed or camping bot for dragons has now become the primary metagame for the preseason. 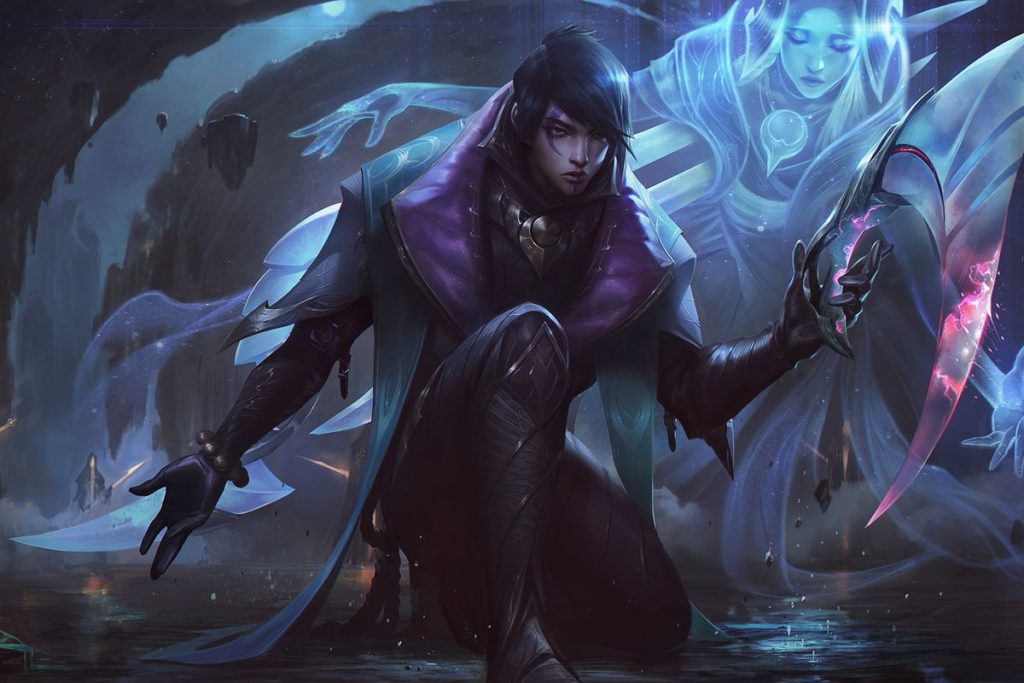 As we enter Season 10, we have brand-new additions to the League’s champion roster with marksman extraordinaire Aphelios, the Weapon of the Faithful, and fist-brawler Sett, the Boss. The two champions are pale opposites of one another with Aphelios and his complex weapon system and Sett’s simple and straight to the point kit that emphasizes on brawling.

For laning, Doran’s Shield has been finetuned to be better for melee champions and reducing its effectiveness for ranged champions. Supports now only have to spend 400 gold to get their support item, which upgrades automatically for free as its quests are completed. However, the gold-earning Tribute or Spoils of War is removed when it is fully upgraded. Support items have also been clearly divided into four subclasses based on AP/AD: Spellthief’s Edge and Spectral Sickle for Tribute and Relic Shield, and Steel Shoulderguards for Spoils of War.

Crit items such as Stormrazor and the Zeal items (Rapid Firecannon, Statikk Shiv, and Phantom Dancer) have received minor updates with Brawler’s Gloves being removed and Cloak of Agility’s crit chance increased to 25%. Riot also deemed a few items as not involving enough champion interaction and as such, were removed from the game:

Furthermore, Kleptomancy has been removed from the Rift and replaced with Prototype: Omnistone, a rune that allows for the single use of a random keystone in rotation. Conqueror and Aftershock have been adjusted to better fit their intended users, removing true damage from Conqueror and reducing cooldown for Aftershock and shifting its resistance more towards bonus percentage resistances. Lastly, Presence of Mind now increases maximum mana or energy after a takedown instead of refunding ultimate cooldown and Nimbus Cloak’s movement speed bonus procs off summonerspells instead of ultimates now.

These changes to itemization and runes have created new strategies for players to take advantage of in Season 10 such as Voyboy’s Flash Ghost combination with Nimbus Cloak or Trick2G’s Barrier Ignite Top Lane. To get a feel of the coming season, head on over to Summoner’s Rift before ranked starts this Friday! For further information on the preseason changes, read up on the patch notes for Patch 9.23, 9.24, and 9.24b.

Read Next
All You Need to Know for LoL 2020 Spring Season Across the World
EDITORS' PICK
Motorcycle taxis ‘illegal’ starting next week — LTFRB board member
No arrest yet of motorcycle taxis despite termination of pilot run
Senators think TWG’s move to axe motorcycle taxi pilot run an act of ‘revenge’
San Mig Light celebrates its 20 years in Poblacion
Ex-aide of Imelda Marcos is New York’s No. 2 tax cheat
‘A greener, cleaner tomorrow’: A how-to guide for Filipinos who want to help with today’s energy crisis
MOST READ
Palace: Crisis over ABS-CBN franchise unlikely
Taal Volcano and surroundings have become ‘inflated’
ALI bares facts on Technohub deal: P4B in lease to UP, P171, not P22, per square meter per month
Motorcycle taxis ‘illegal’ starting next week — LTFRB board member
Don't miss out on the latest news and information.

No arrest yet of motorcycle taxis despite termination of pilot run

Ex-aide of Imelda Marcos is New York’s No. 2 tax cheat

ALI bares facts on Technohub deal: P4B in lease to UP, P171, not P22, per square meter per month