A Tale of Poetry, Self-Discovery, and Vengeance: Trial by Felfire Solo Adventure Review

The second week of the Felfire Festival finally welcomed the much-awaited Ashes of Outland solo adventure, Trial by Felfire.

The five-chapter campaign centers on Aranna Starseeker and her quest to free the Outcasts of Outland from the tyranny of Mecha-Jaraxxus and the Rusted Legion. She teams up with Demon Hunter Illidan Stormrage along the way, and you’ll soon realize that the two have much more in common than you’d originally think (hint: sibling issues). 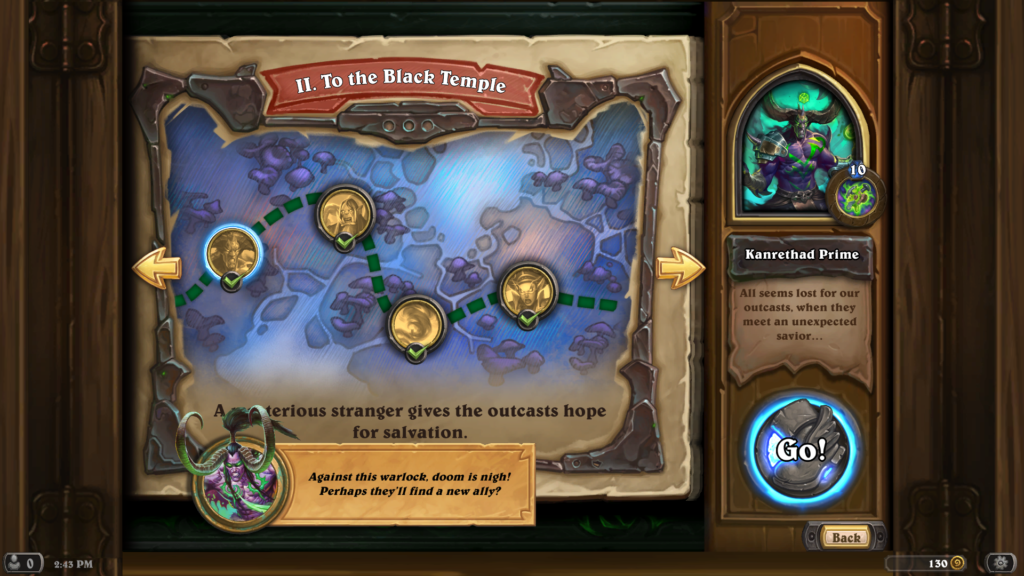 Amidst the fog of war, no demon comes close to Illidan’s bars.

Without spoiling too much, you’ll be playing as Aranna for a majority of the solo adventure using a mix of Hunter, Demon Hunter, and Rogue cards to give you the full SMOrc! experience. A word of advice though: don’t get too caught up with Demon Hunter’s whole ‘face is the place’ mantra because the Felstorm level on Chapter 2 will surely test your board control prowess.

Since Illidan doesn’t join her in battle, Aranna employs the aid of her Outcast friends throughout the journey. They’re shuffled into your deck at the start of every match as playable cards with their own unique Outcast abilities. Plan your next few turns ahead so you can make use of their Outcast abilities for maximum value. 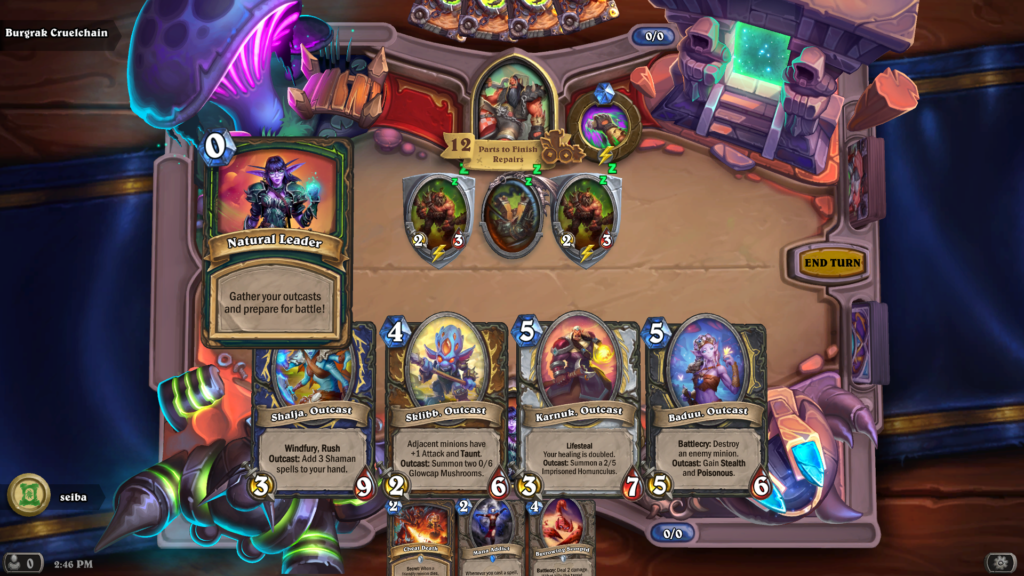 In terms of difficulty, those of you who struggled with the bosses in the prologue (myself included) can breathe a sigh of relief. Bar the infamous Felstorm, the opponents in Trial by Felfire were far easier to beat.

While some may look down on the solo adventure’s straightforward approach to the story of Outland, the rhyming dialogue between the characters makes up for it. I’m far from considering myself a poet, but Illidan and Aranna’s rhyming exchanges at the start of every battle were S-tier and I enjoyed them much more than I expected.

In fact, the rhymes complemented the story’s grim setting almost perfectly to give it a somewhat Mad Max X Shakespearean Play feel. 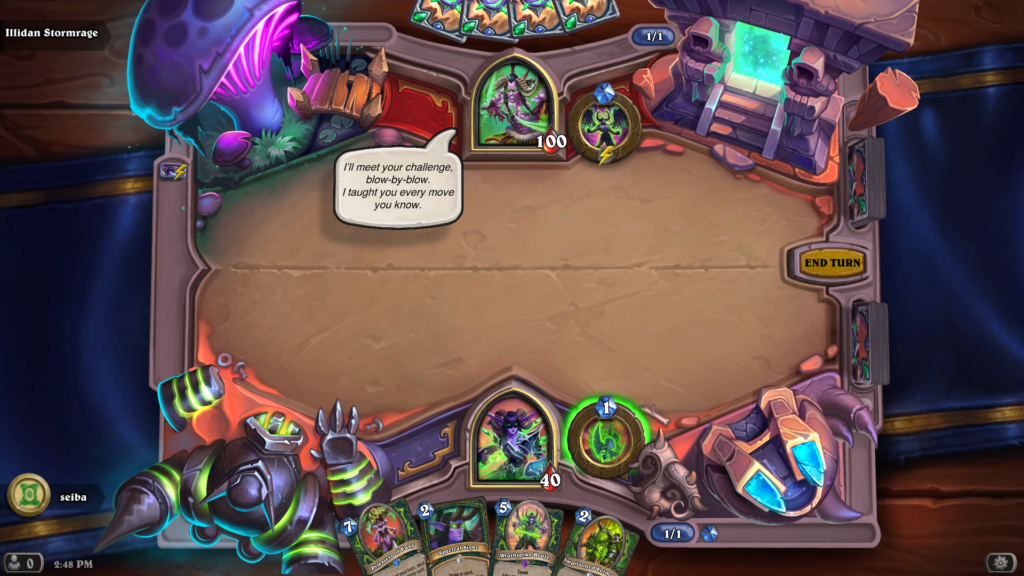 Scenes like this when you confront a boomer, believe they’re right because they’re older.

All things considered, Trial by Felfire succeeded in telling Aranna’s tale, giving Illidan some character development, and enhancing Hearthstone’s wondrous lore. The best thing about it? It’s free. It may not have the same grandiose spectacles and flamboyant characters as the other solo adventures, but it has a unique charm of its own.