After a monumental debut, Top Clans returns this year bigger and bolder. With an extravagant prize pool, more tournament titles, and a prestigious production value, Top Clans 2020 will set new records  and bring excitement to more fans than ever before.

Last year, millions of fans enjoyed Top Clans 2019, one of the biggest esports tournaments of the year.  With a reach of over 24 million, its official broadcast was viewed over 9 million times by viewers all around the world.

This year, NetEase will record even bigger numbers, topping last year’s already-amazing debut, with not just one esports title, but with five esports titles.

PLAY YOUR PASSION – TOP CLANS 2020 HAS MORE GAMES THAN EVER 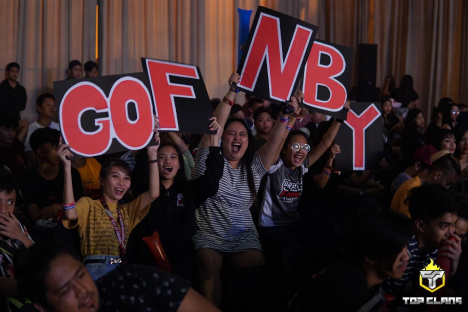 Top Clans 2020 will bring even more excitement to a lot more gamers this year!

Top Clans 2020 will allow thousands of gamers in Southeast Asia to show their passion for video games.  Rules of Survival will be a returning title, continuing the firefight between the best teams in the region.  Joining it are newcomers Dota 2 for PC, Tekken 7 for PC, and MARVEL Super War for mobile.  Completing the list is Tom and Jerry: Chase, also for mobile, with its Top Clans appearance being its first  esports event in Southeast Asia.

Top Clans 2020 will not only be a bigger event, but also will have a broader reach on gamers, with a  larger scope across genres, platforms, and communities. These competitions will let more players and  fans to join in on the fun. More than just a tournament, Top Clans 2020 will fuel the passion of countless  gamers around the world.

With a total prize pool of $85,000, Top Clans 2020 will be one of the biggest esports events of the year.  Players will compete in Rules of Survival, Dota 2, MARVEL Super War, and Tom and Jerry: Chase for  $20,000 each in their respective titles. Meanwhile, the fighters for Tekken 7 will be competing for a  $5,000 pot. 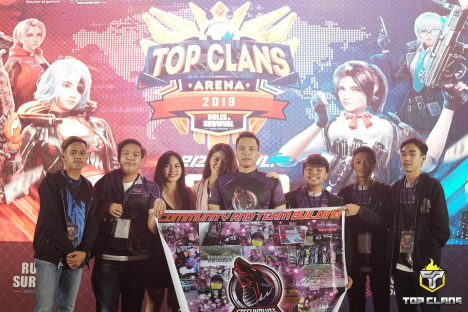 The Top Clans 2020 tournament will kick off on September 25, 2020 with the group stages. There will be  a whole month’s worth of exciting competition for the players and fans of the five games. The fiery  competition between teams in the group stages and knockout stages will conclude on October 26, while  the crack of gunshots will continue to echo across the battlefield during the Rules of Survival Semi-Finals on October 20-22.

Battle-hardened players who survive the group stages will continue their journey into the playoffs. Both  Dota 2 and MARVEL Super War will have a Double-Elimination bracket for playoffs. Meanwhile, pugilists  will trade punches in the Tekken 7 tournament over a single weekend, on October 16-18.

Top Clans 2020 will be capped off by Super Heroes and Super Soldiers with a double Grand Finals  weekend for MARVEL Super War and Rules of Survival. The final weekend of the tournament will  commence with a battle between heroes and villains in the MARVEL Super War Grand Finals on Friday,  November 6. As the dust settles for all the battles across the five competitive titles, the last soldiers of  fortune will conclude Top Clans 2020 with a grueling Grand Finals match from November 7-8. 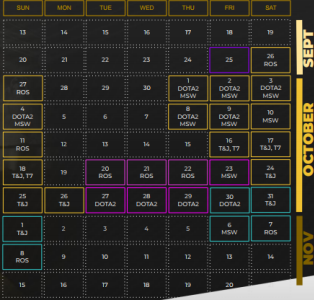 Registration details and broadcast channels will be announced soon. Don’t miss the biggest esports tournament in Asia. Follow us on our social media channels to stay updated with the latest news on Top Clans 2020.