Gone are the days when gaming was considered a hobby with no path to a proper career. The ultra-competitive gaming and esports industry has reached new heights every year, turning into tournaments and events multi-million dollar with massive viewership. And for the past few years, NetEase Games has been a valuable pillar and key contributor to the fast-growing esports industry in Southeast Asia (SEA) through its various programs and events, aimed at empowering all the stakeholders in the esports ecosystem. One of these events is NetEase Games’ flagship tournament, Top Clans 2020, the premier multi-game esports tournament in Southeast Asia.

One of the biggest tournament leagues in Southeast Asia is Top Clans by NetEase Games. It debuted back in 2019 with a single game title, Rules of Survival. It had the biggest number of viewers any Rules of Survival tournament has ever had! Over 24,600,000 were reached by the tournament with almost 1,300 teams and 5,200 players in participation, and NetEase is committed to making it bigger and better this year.

Southeast Asia is one of the fastest-growing esports hubs in the world. Just last year, the 2019 Southeast Asian Games (SEA Games) featured esports as a medal event for the first time in history with esports athletes hailing from the Philippines, Malaysia, Singapore, Indonesia, Thailand, Vietnam, Laos, Myanmar, and Cambodia. This inclusion to the prestigious 2019 SEA Games has helped esports’ pursuit of becoming recognized as one of the top professional sports leagues in the world.

A Commitment to Building the Esports and Gaming Ecosystem in SEA

NetEase Games, one of the biggest gaming firms and developers in the world, is committed to boosting the development of the esports and gaming industry globally through creating impactful initiatives and tournaments. In 2019, they partnered with Make-A-Wish Foundation for a Charity Drive Tournament together with 20 top gaming influencers to grant wishes to children diagnosed with a critical illness. To foster a vibrant esports community in the region NetEase Games launched one of the biggest tournament leagues in Southeast Asia last year, Top Clans 2019. In 2020, NetEase Games set their sights on engaging aspiring esports athletes hoping to make a mark in the scene by focusing on community-oriented tournaments and events such as the Top Clans City Circuit, a grassroots-level competition, and platform for clans across the Philippines to get introduced into the esports culture of Rules of Survival.

The same team behind Top Clans 2019 also launched the Identity V (IDV) Varsity Esports League 2020 recently in Thailand, with a 75,000 baht ($2,490) prize pool exclusive to students from selected universities. More and more students have been honing their gaming skills and turning it into flourishing careers in esports, and NetEase Games is thrilled to provide these opportunities to aspiring esports athletes.

The pandemic hasn’t stopped Top Clans Esports from hosting online tournaments such as the Taong Bahay Cup and Mobile Clash for Rules of Survival, enabling gamers to enjoy the heat and excitement of competing at the safety of their homes.

Even with the overwhelming debut of Top Clans last year, NetEase Games is dedicated to bringing back this year’s iteration of the tournament with a bigger vision to reach greater heights for esports in Southeast Asia. Under NetEase’s philosophies of ingenuity and innovation, Top Clans is set to return in 2020 with (4) four new game titles as part of the tournament with a total prize pool of USD 85,000. 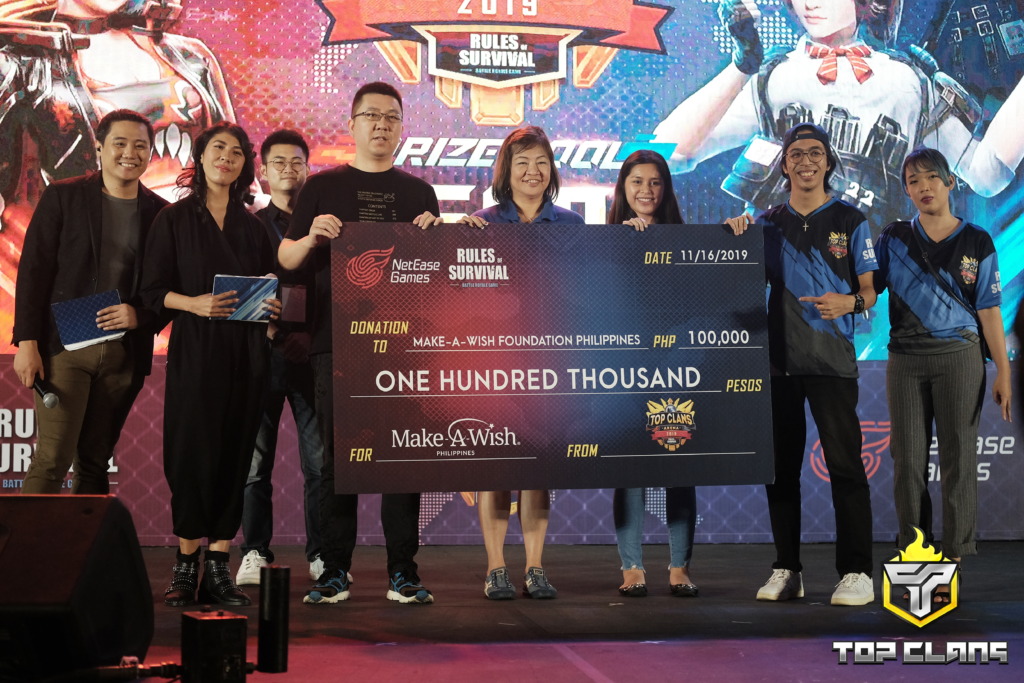 NetEase’s vision is more than just competition, it’s about giving back to the community.

These community-oriented programs contribute to NetEase Games’ vision for Top Clans 2020 in becoming the premier Southeast Asian multi-game esports tournament of 2020, which will serve as the all-digital platform for brands, players, and game publishers to come together to pursue the passion of gaming, despite global trials.

Be Part of Something Big

Don’t miss out on the opportunity of showing your skills on the big stage and be part of something big by joining Top Clans 2020.

Watch out for more details of the biggest esports tournament in Southeast Asia. For more details on how to register and where to watch the live stream of Top Clans 2020, follow us on our Facebook page.

This article is an official press release from Top Clans Esports.