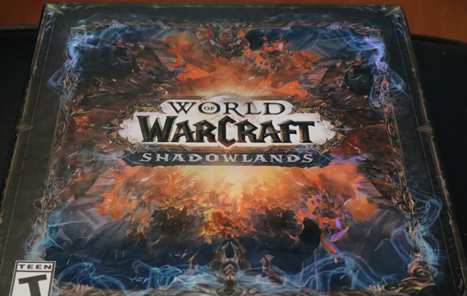 World of Warcraft has been around for a while now (16 years to be exact!), but the game just keeps on growing with the release of each expansion pack. The latest one, Shadowlands, came out just two weeks ago and has caused a huge resurgence for the world’s most prominent MMORPG. Over 3.7 million units were sold on launch day, making it the fastest selling PC game of all time.

That’s pretty crazy, especially since this is the eighth expansion pack of a 16 year old game!  We guess that just goes to show how much Blizzard have outdone themselves this time, all the way from the streamlined levelling experience up to the breadth of new content available to PVP and PVE players alike. There hasn’t been a better time to get into the game, and here’s a quick trailer and briefer of what it’s all about.

With a single act of destruction, Sylvanas Windrunner has ripped open the way to the afterlife. Azeroth’s staunchest defenders have been dragged into all-consuming darkness. An ancient force of death threatens to break its bonds and unravel reality. Hidden realms of wonder and horror await any who would pass to the other side. The Shadowlands is home to an entire realm of the departed; it is a world between worlds whose delicate balance preserves life and death itself.

To commemorate Shadowlands’ global release, Blizzard and their local partners at AKG Games sent us a copy of Shadowlands’ collector’s edition to unbox and share . As with any World of Warcraft collector’s bundle, it’s chock-full of items both digital and physical for any fan of the series to enjoy. Here’s what’s inside: But just listing them out is doing a disservice to these awesome goodies, so let’s talk a little more about them! 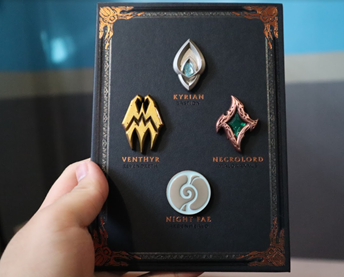 In Shadowlands, players can choose from one of four covenants or factions: Kyrian, Venthyr, Necrolords, and Night Fae. While you’ll interact with everyone throughout the main story campaign, the game  will have you choosing one to work with for the end game content. If you fancy any of them, the collector’s edition comes with metallic, finely-crafted pins perfect to attach on bags or lanyards — a great way to rock your covenant of choice. 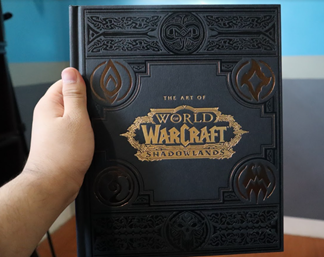 One of the biggest things Shadowlands has been praised for is the art direction. From the magical feel of the Night Fae’s Ardenweald to the grunge and darkness of the Necrolords’ Maldraxxus, there’s no denying that Blizzard did a great job with Shadowland’s visuals. If you enjoyed that, then you can take a deep dive into the expansion pack’s art through the collector edition’s included artbook! 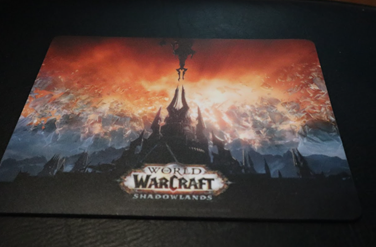 What MMO would be complete without a lot of mouse movement and clicking? Another inclusion in the collector’s edition is a standard sized mouse pad featuring art of the Shattered Sky at Icecrown Citadel (cue WarCraft III flashbacks). With it, you’ll be able to blast through the Shadowlands on theme and with style. And of course, the game and digital freebies themselves. On top of including a digital code for the expansion pack itself, the collector’s edition also comes with a 30 day subscription to World of Warcraft, an instant boost to Level 50 so you’re ready to head into Shadowlands content, an exclusive mount, pet and armor appearance set, and access to a digital copy of its soundtrack. This means that with the collector’s edition, you’ll be fully equipped for everything Shadowlands has to offer!

Overall, the collector’s edition for Shadowlands is massive and beautiful — reminiscent of the big PC boxes of generation’s past, even if a DVD isn’t included anymore. It’s a fitting companion to an amazing expansion pack to an MMO with lots of legacy and a worthy pick-up if you’re into collecting physical game releases. Plus, the in-game boosts can really help you out if you’re looking to start the new content as soon as possible. Otherwise, you can also buy the game digitally on Battle.net!

And if you’ll excuse us, we’ll be getting back on the grind to Mythic+ in the Shadowlands.