Faker alongside fellow World champions Canyon and Beryl took down the superstars of the LPL 3-0 in the All-Star 2020. 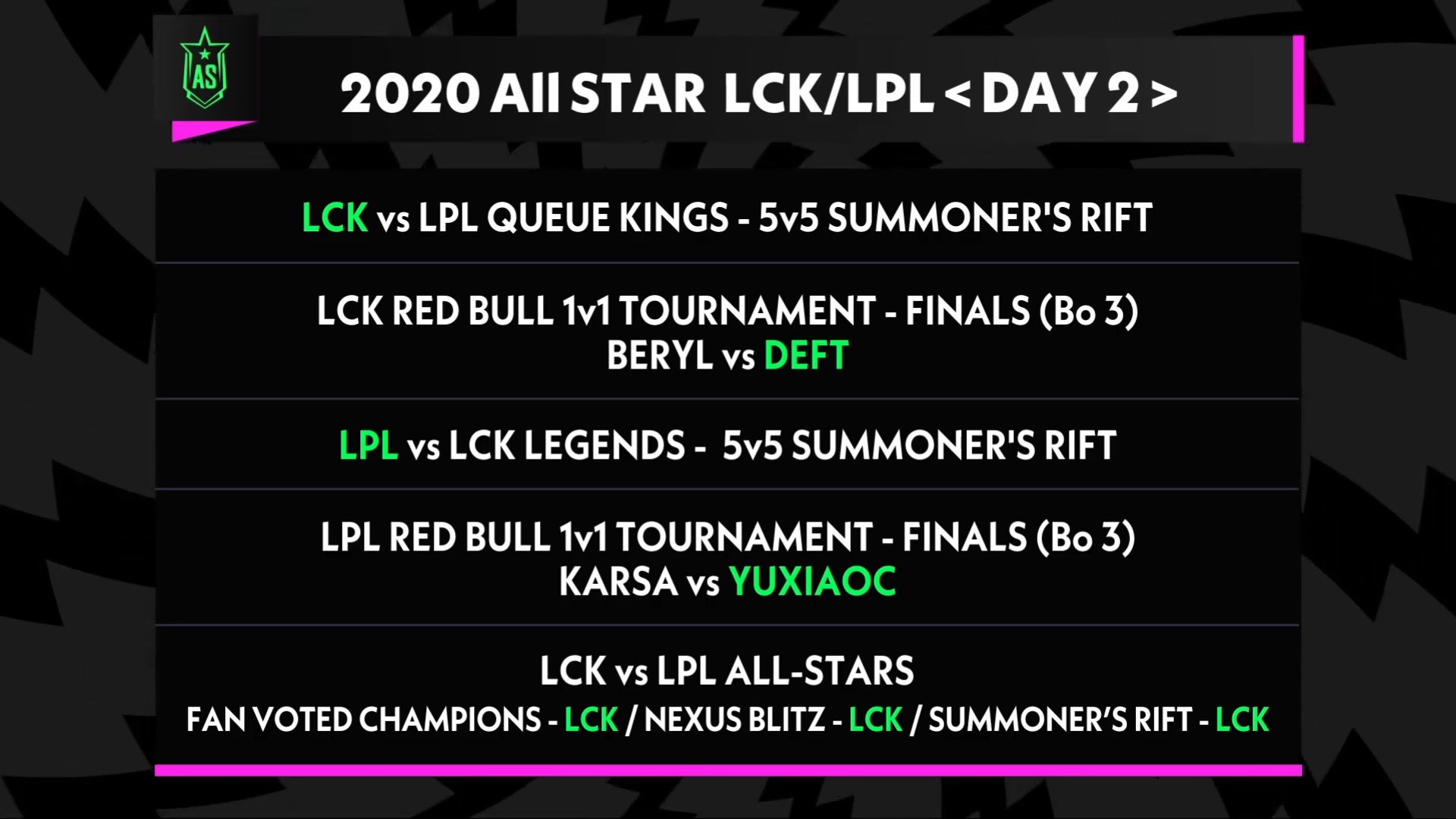 Results for Day of the LCK/LPL All-Star 2020. (Source: LoL Esports)

Across the series, Faker stood out as he went on a rampage with his Irelia in the last game of the series. Coming into 2021, T1 is looking to reclaim their championship trophy as they put in Ryu “Keria” Min-seok in the support role.

To end the year, the LCK continue to dominate after Damwon Gaming’s win over Suning in Worlds 2020. Follow all the action in the All-Star 2020 on LoL Esports and Twitter.

Read Next
The Script: Alliance Handsken Teaches What Pos 4’s Need to Do in the First 15 Minutes of Each Game
EDITORS' PICK
Experience clearer calls nationwide with Smart VoLTE
Fairways & Bluewater Resort Boracay shines in the International Arena
CopperMask helps block coronavirus in airborne droplets in style
PH named 2nd most ‘Instagrammable’ place in the world
Global COVID-19 death toll passes two million
PH back on list of countries eligible for U.S. H2 visa program
MOST READ
3 found bound and shot dead on Bulacan roadside were abducted from MM
Trump to leave town early Wednesday before Biden inauguration
Atienza says House can now focus on probes after cleaning up Cayetano’s budget mess
So how much is the ‘kick-vac’?
Don't miss out on the latest news and information.

So how much is the ‘kick-vac’?