The LCK has officially announced that it will be starting its Spring Split on January 13 with Gen.G going up against KT Rolster. 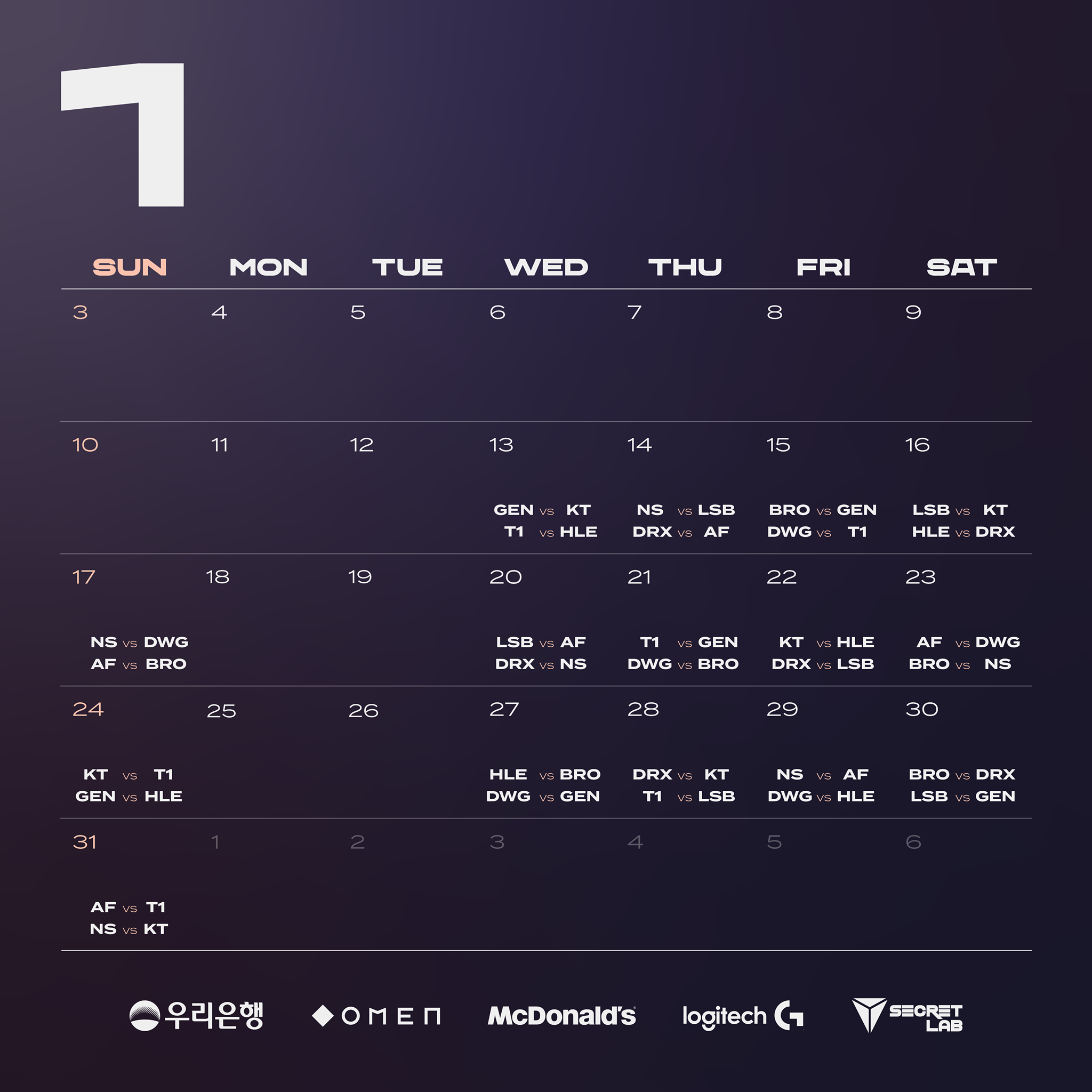 After coming out with their refresh days back, the LCK has now released the match schedules for  the first few weeks of the split. The league has also announced the rosters of their partnered teams heading into the season.

The following teams will be participating in the league in the coming season:

The matches will begin at 5:00 P.M. and 8:00 P.M. KST on game days. The split will end on the 28th of March, 2021. The LCK took home the last year’s world championship with DWG KIA reclaiming the region’s trophy. You can follow all the action from LoL Park, South Korea live on YouTube and Twitch.