Following its inaugural season in the past year, the Pacific Championship Series begins once again with the 2021 Spring Split on February 19, 2021.

The PCS is the premier League of Legends tournament within Southeast Asia supported by Riot Games. The 2021 PCS Spring Split will be holding its second season mid-February with a best-of-one double round robin. The league’s playoffs follows a double-elimination format. 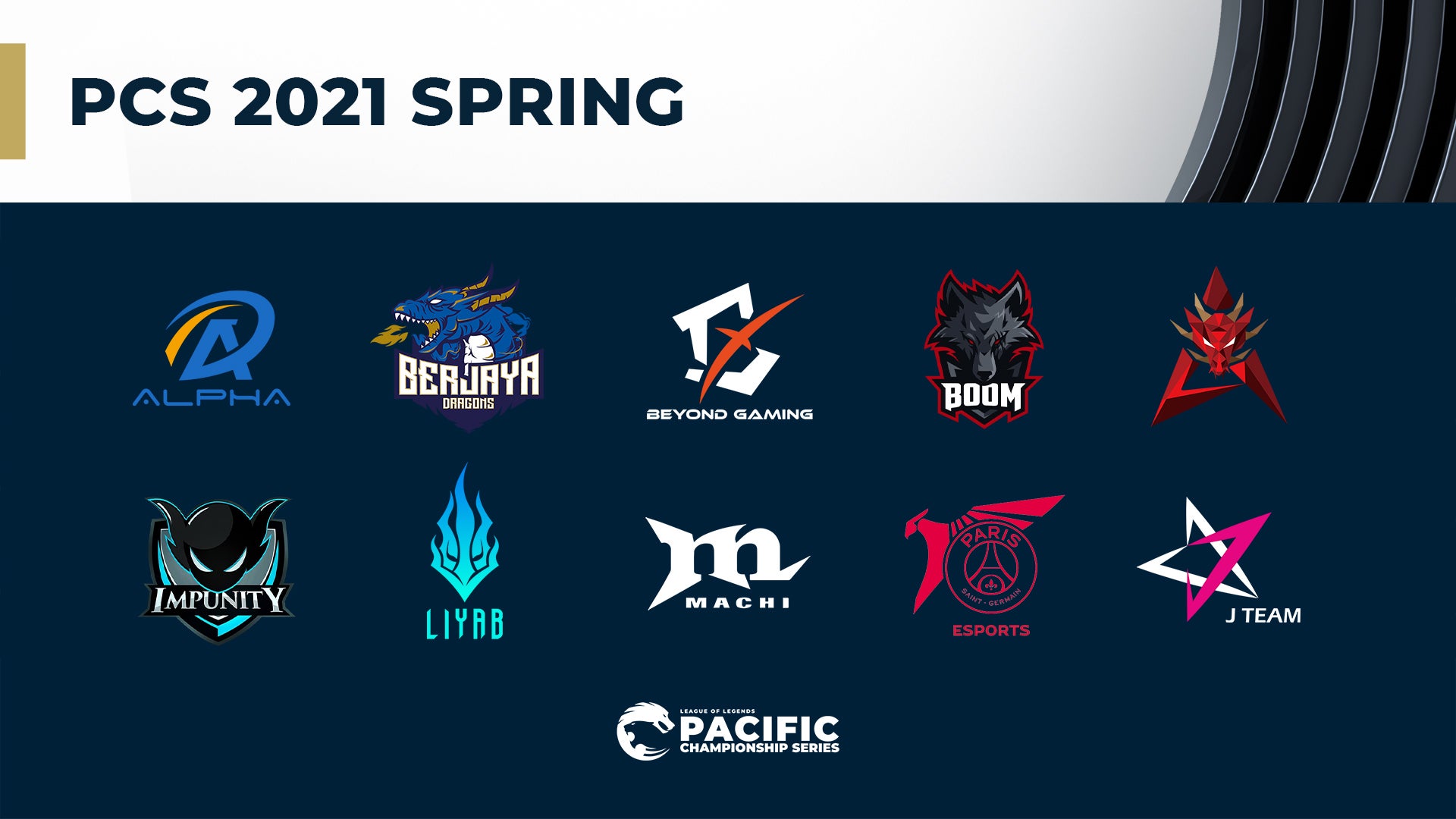 In the coming season, new challengers will be entering the scene in BOOM Esports, Beyond Gaming, and Impunity. They will be joined by the rest of the returning squads: Alpha Esports, Berjaya Dragons, Hong Kong Attitude, Liyab Esports, Machi Esports, PSG Talon, and Taipei J Team.

Catch all the action live broadcasted in English, Mandarin, and Thai on YouTube, Twitch, Huya, and eGG Network. For Twitch viewers, you can watch their respective channels based on your preferred language (English, Mandarin, or Thai).