Forged in the Barrens Theorycrafting Summit: What We Learned

Hearthstone’s newest expansion, Forged in the Barrens, is set to come out on the 30th of March but we at Esports Inquirer got to try the new cards ahead of their release in a special Theorycrafting Summit held yesterday.

We tried out a number of theorycrafted decks from Reddit, Twitter, and the Hearthstone Philippines community and this is what we found out:

If we learned anything from yesterday, it’s that Forged in the Barrens is looking like a good expansion for Rexxar and his beasts.

A good one-drop is crucial to the competitive viability of any aggro deck and Hunter got exactly that with Sunscale Raptor. With a decent 1/3 statline, it’s guaranteed to survive early trades which activates its powerful Frenzy mechanic. You might find yourself drawing a one-mana 5/5 as the game goes on and it’s definitely a boost to a hyperaggressive archetype that struggles with generating value during the later stages of the game. 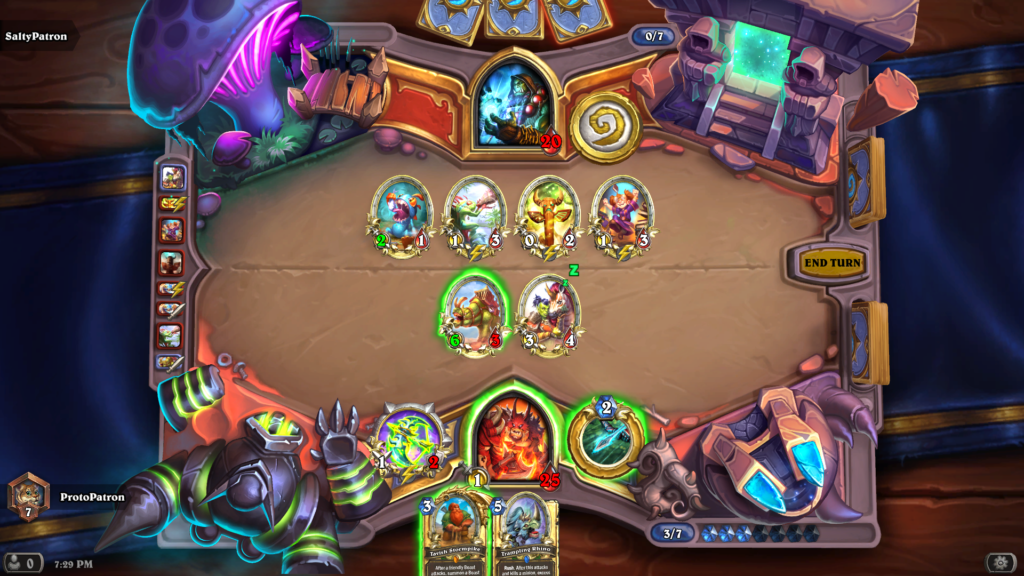 The deck also utilizes the Legendary mercenary minion Tavish Stormpike to pile up the pressure with a sustained board presence. Do note, however, that beasts summoned by Stormpike’s ability don’t have their battlecries triggered when they come into play. This might be a problem because this not only leaves you with minions that have subpar stats for their cost, but you also miss out on potential card generation had their battlecries been triggered. Minions such as Wolpertinger, Pack Kodo, and Warsong Wrangler are the big losers of poor planning when Tavish is on the board.

Watchposts are here but it’s still too soon to tell which class will have the most success with them. 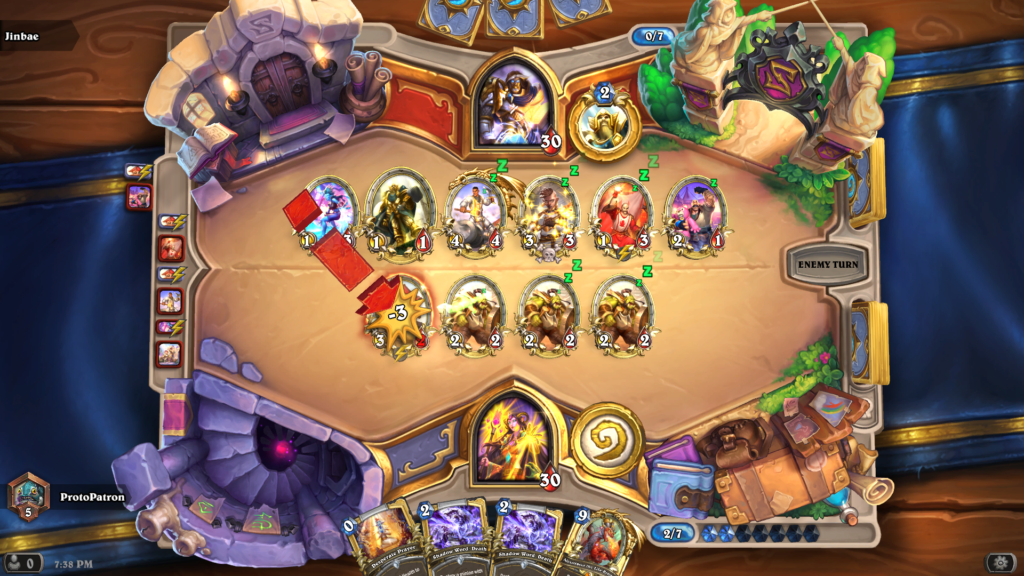 Sure, the Watch Posts can’t attack but their active effects are too problematic to leave unchecked. They have decent stats to boot which makes them a pain for aggro decks whose minions would rather go face than trade and die. It wouldn’t be too much of a stretch to say that the meta would slow down if a considerable percentage of Watch Post-centered decks populate ladder play.

The particular list we tried may have sacrificed a number of removal and card generation spells to make way for Watch Posts but if it’s any consolation, Xyrella paired with Desperate Prayer gives you a 5-damage board clear as early as turn 4.

The previous expansion saw Warrior dabble with an OTK variant while the Bomb and Enrage archetypes faded in and out of relevance. The arrival of the Frenzy mechanic looks like a match made in heaven for the class that benefits from having its own minions damaged.

Tempo Warrior sees no need for Risky Skipper-Armorsmith combos because it takes the game to you. It’s a strong midrange deck that can deal with threats and make its own threats at the same time. Outrider’s Axe serves as a tool for removal as well as card draw that you can play on a discount thanks to Bloodsail Deckhand. 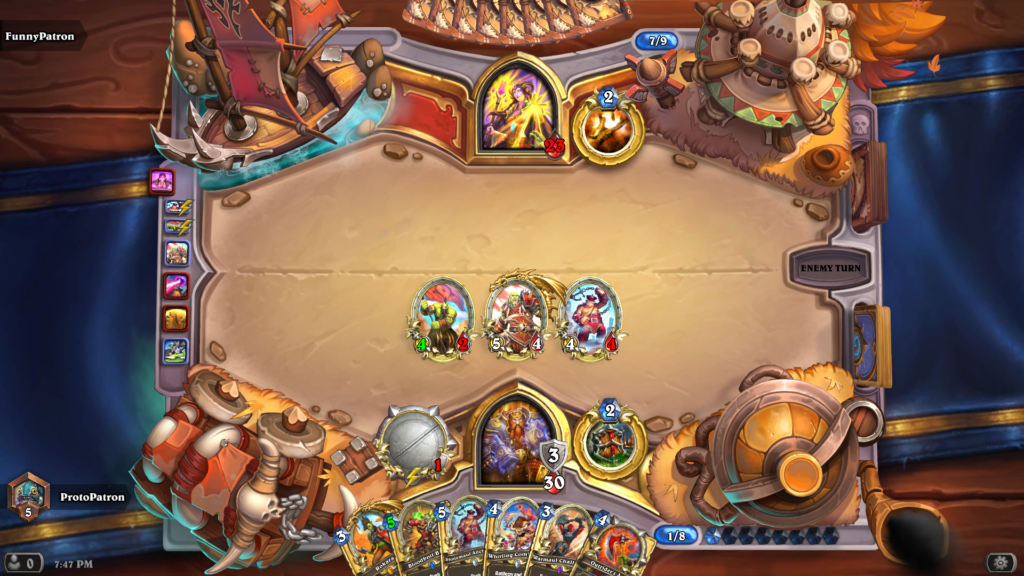 A number of interesting synergies are also at this deck’s disposal. A Whirling Combatant on a full board can pave the way for insanely cheap Bloodboil Brutes and swing the game into your favor while Overlord Saurfang resurrects two friendly Frenzy minions and triggers their Frenzy effects in one fell swoop.