The grueling Wildcard stage of the Animajor has concluded with Team Nigma and Vici Gaming rising to the top to secure Group Stage tickets. Unfortunately for the Filipino fans, Execration’s campaign was ended by Team Nigma who comfortably beat them 2-0 in their last game of the wildcard stage. 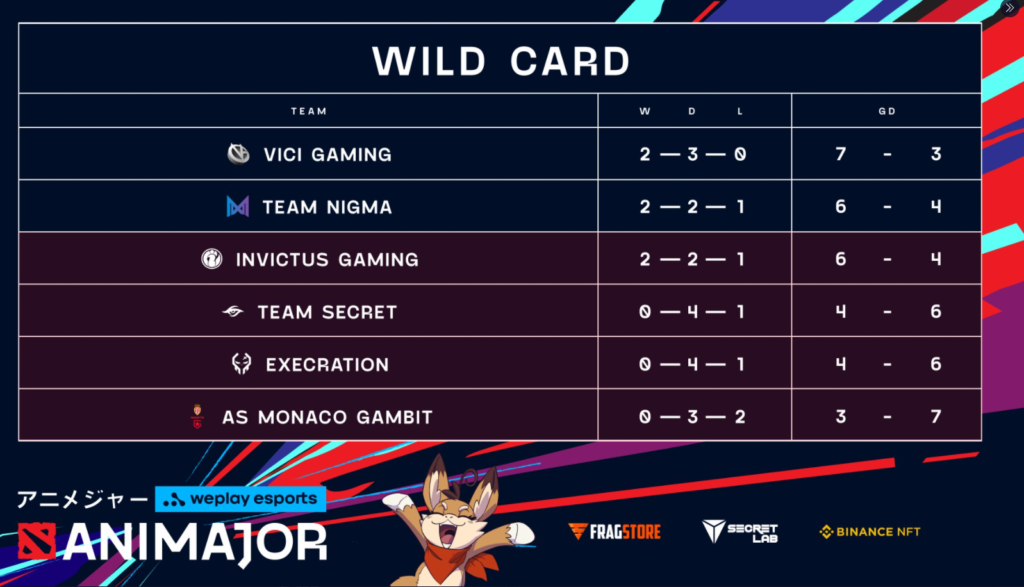 Team Execration fought against known powerhouse teams like Team Secret, Invictus Gaming, and Vici Gaming and forced a draw in all three matches.

Many fans praised the performance of the team despite bowing out early in the Major. It will be exciting to see how much the all-Filipino lineup will grow as they hope to perform well in the upcoming Regional Qualifiers.

The Group Stages are up next and will feature a star-studded line-up composed of Team Liquid, Evil Geniuses, PSG.LGD, TNC Predator, BeastCoast, and Team Spirit. The most-awaited matchups will begin later at 7 pm with TNC taking on the Evil Geniuses

The Group Stages will last from June 4 to 7 while the Playoff stage where every region’s top seed awaits is set for June 9.

‘Money’s not the problem:’ Senators call on gov’t to improve vaccine rollout

No free burgers? Cops flip out, send 19 to jail