Meet the 5 Filipinos Competing in Masters Tour Dalaran this Weekend

Hearthstone’s Masters Tour Dalaran is set to kick off Saturday, June 19 with 400 players from all over the world duking it out for a lion’s share of the $250,000 USD prize pool.

Joining the fray from the Philippines are established pros, collegiate champs, and a mobile gamer. Meet the five Filipino players who qualified for Master’s Tour Dalaran:

Arguably the country’s most successful player to date, Euneil “Staz” Javiñas is the only Filipino who has featured in Grandmasters, Hearthstone’s premier level of tournament play.

Staz started playing Hearthstone because internet in the Philippines was generally slow. Despite not having any previous experience playing card games (bar Yugioh), he quickly adapted to the game and was signed by a local pro team in 2014 after a series of tournament wins. 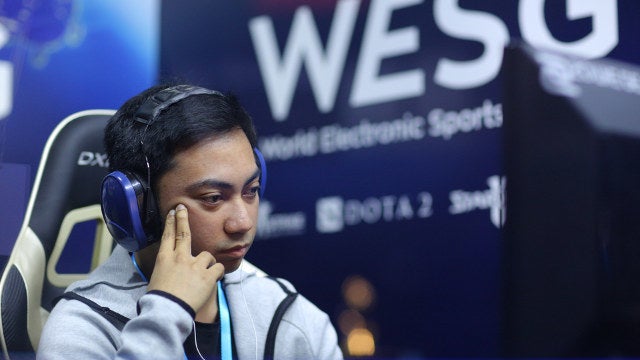 Staz in the World Electronic Sports Games 2016 via Rappler

“It was very stressful and I barely got enough sleep since I needed to grind two more top 8s on the final week,” says Staz, who joined every Asia-Pacific and North American qualifier.

He now prepares for the tournament by grinding on ladder, practicing with friends, and participating in the next MT qualifiers.

Another long-time pro competing in the third Masters Tour of the year is Dustin “WaningMoon” Mangulabnan. A former teammate of Staz’s in Bren Esports, WaningMoon also represented the Philippines in the 2019 Southeast Asian Games with Hearthstone shoutcaster Jia Dee.

While experience playing at the highest level may come in handy when it comes to qualifying for MTs, WaningMoon shares a few struggles even seasoned veterans encounter.

“In previous [qualifiers], I would usually get a first-place finish before my third or fourth top eight. I took the long route this time and grinded out all four top eights to qualify,” says WaningMoon.

Additionally, he points out that results are never certain when playing against high-caliber players. “I know many good players who don’t always make the cut so I’m just relieved that I was able to pull through this time.” 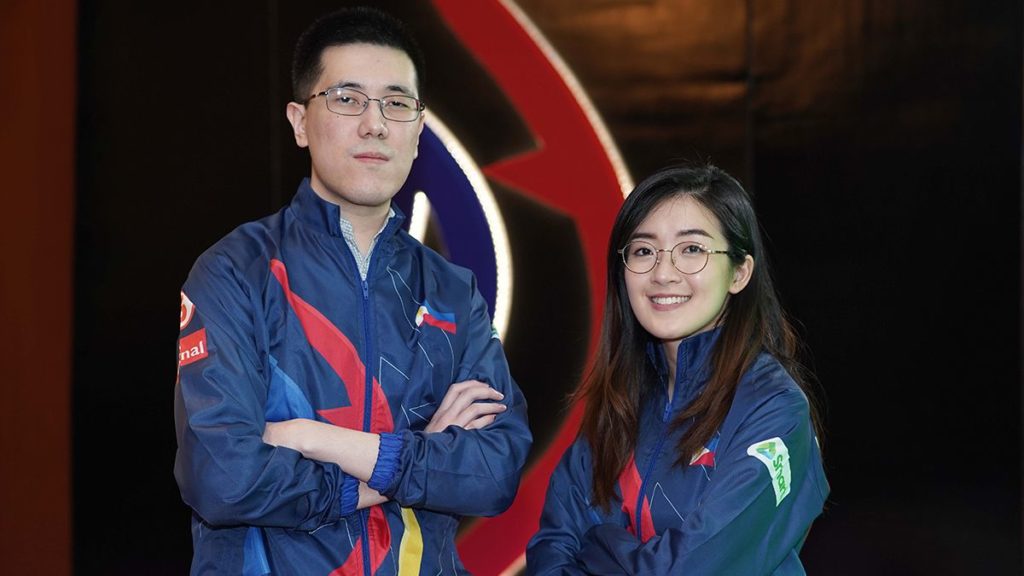 Qualifying for the MT is one thing, properly preparing for it is another.

“After I have a general idea of the meta, I usually find practice partners to playtest specific matchups with to get a better understanding of them in terms of which archetypes are really favored and what the optimal mulligans, plays, and tech cards are for each matchup,” says WaningMoon.

“Finally, I have to decide on a lineup and a target/ban strategy for Conquest. This usually comes last and is informed by whatever playtesting that I was able to do, with research, stat analysis, personal experience, and intuition filling in the gaps,” he adds.

Knowing four other players hailing from the Philippines will be competing in Dalaran, WaningMoon hopes they can all play together and join some of his practice group’s in-house tournaments. “It’s so much easier to prepare when you have a group that you can discuss with and learn from and bounce ideas off of.”

Enrico Lim of the Teletigers Esports Club is no stranger to international competition. Dominance in local community events and collegiate tournaments aside, Enrico also boasts multiple Masters Tour appearances under his belt. 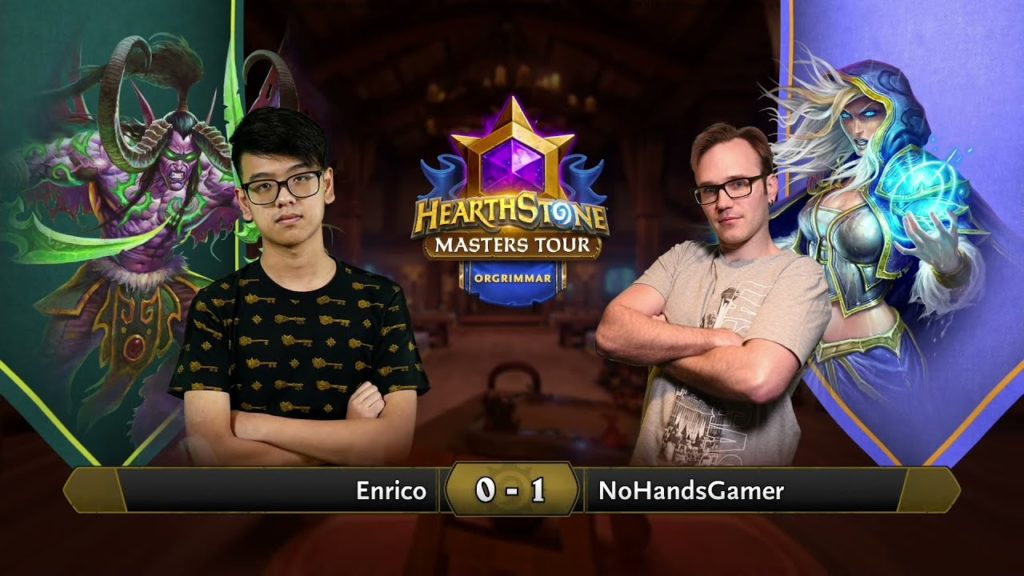 It took Enrico five open qualifier attempts to book his ticket to Dalaran. He reached the finals on his fourth and fifth tries but only succeeded in going all the way in his fifth appearance.

Since then, Enrico admits that he hasn’t played the Standard format in a while and that his preparation now mainly just involves testing meta decks.

“Nothing much, not confident for this next MT,” he says in response to his expectations for this weekend’s event. “Although I’ll still try to get as most wins as possible.”

Patrick narrowly missed out on qualifying for Montreal Online after coming up short against Jeremy Carlo “MadDoom” Isip in the Elite Series Philippines last year. He dabbled in open qualifiers throughout the year but his big break finally came last month when he finished fifth in the European ladder with a modified battle-ready Rush Warrior deck.

“I don’t have any collection on the EU server so my only choice was to use Rush Warrior that I got from the battle-ready deck,” he says. “When I had a good amount of dust, I started crafting cards that I think would increase my win rate [against] the unfavorable matchups I encountered in high legend, and luckily it did.”

Grinding on ladder with the sole intention of qualifying for an MT is a surreal experience, shares Patrick.

“Qualifying through ladder is stressful. You need to check your rank [frequently]. I even reached top 2 Legend 2-3 days before the season ended but that isn’t enough since lots of players are also fighting for the top 16 spots,” he says. “For the last day of the season, I didn’t sleep until the EU server reset (May 1, 6:00 AM Philippine Time). I just kept track of my rank all night.” 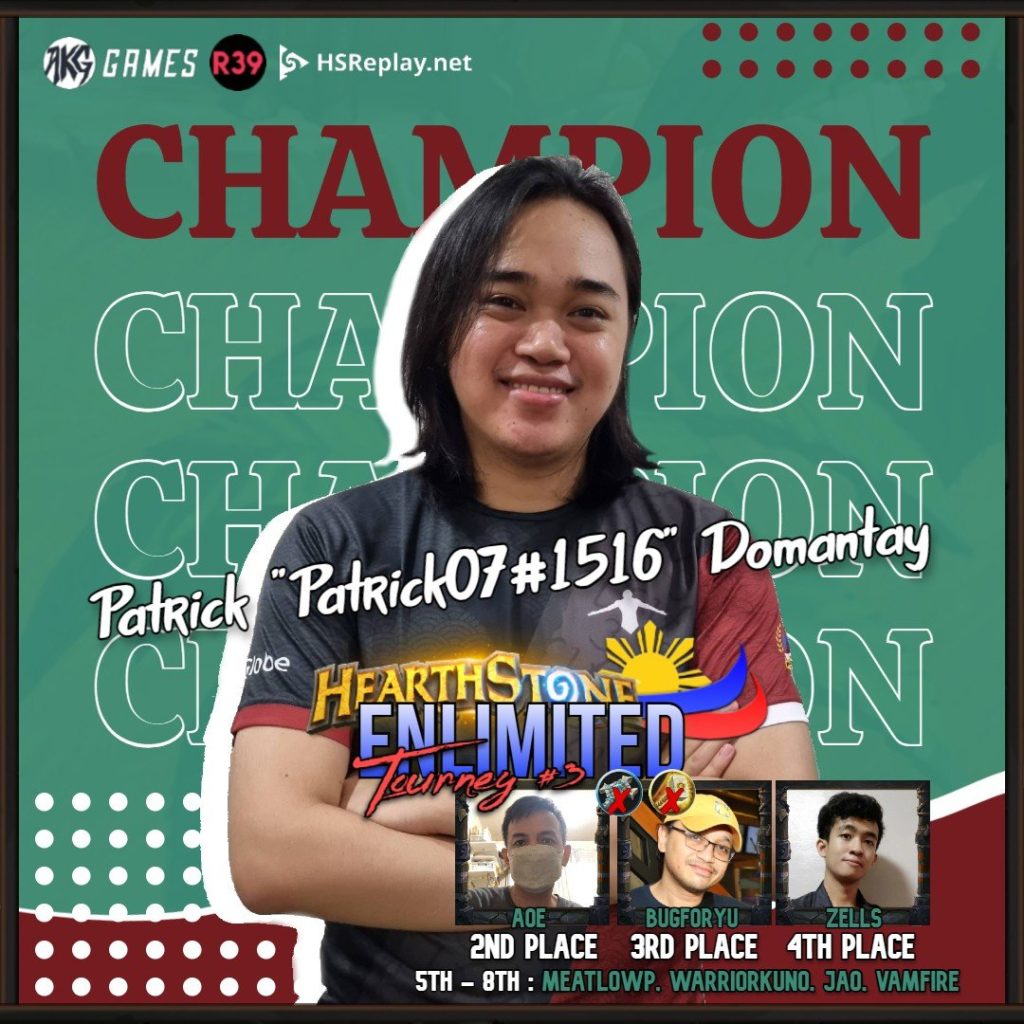 As a university student who has to juggle personal duties and academic requirements, Patrick rues the fact that he has less time to practice than other invited players.

For the third year Electronics Engineering student, extremely efficient time management has become the name of the game.

“In the morning around 7 AM, thanks to WaningMoon, I was able to join some of their practice group’s in-house tournaments and I definitely learned a lot from those practice sessions,” Patrick says. “In the afternoon I queue some games on ladder using the decks that I’ll be using in Dalaran.”

“At night, I need to study and do academic requirements but after that, I also queue some games,” he continues. “And before sleeping, I watch videos of other players’ matches. This helps me whenever I wanted to learn a new deck or if I want to improve in piloting a certain deck that I am using.”

His long-time dream of qualifying for a Masters Tour may have been achieved but Patrick knows he is still standing at the starting line. “Masters Tour Dalaran is just the start of my competitive esports career. I am looking forward to achieving greater things such as being in the top 8 but let’s take it one step at a time. I’ll just do my best and let’s see the results.”

In contrast to the other representatives who have years upon years of playing competitively, Darren “Kyo” Sacapaño has only been playing Hearthstone for two years. He was initially immersed in Starcraft 2 before Hearthstone caught his eye on the Battle.net app.

Kyo nonchalantly announced his Masters Tour qualification in his first post in the Hearthstone Philippines Facebook group last month. He finished top 14 in the North American server for the month of April strictly using Spell Mage.

“The good thing about it is it feels like it has a very good matchup spread so it doesn’t auto lose to any deck. The games are fast as well and it is very easy to play,” he says. “I was just playing for around 2 hours every day at night on my phone so it was very comfortable for me as I was playing a deck which doesn’t need a lot of decision making.” 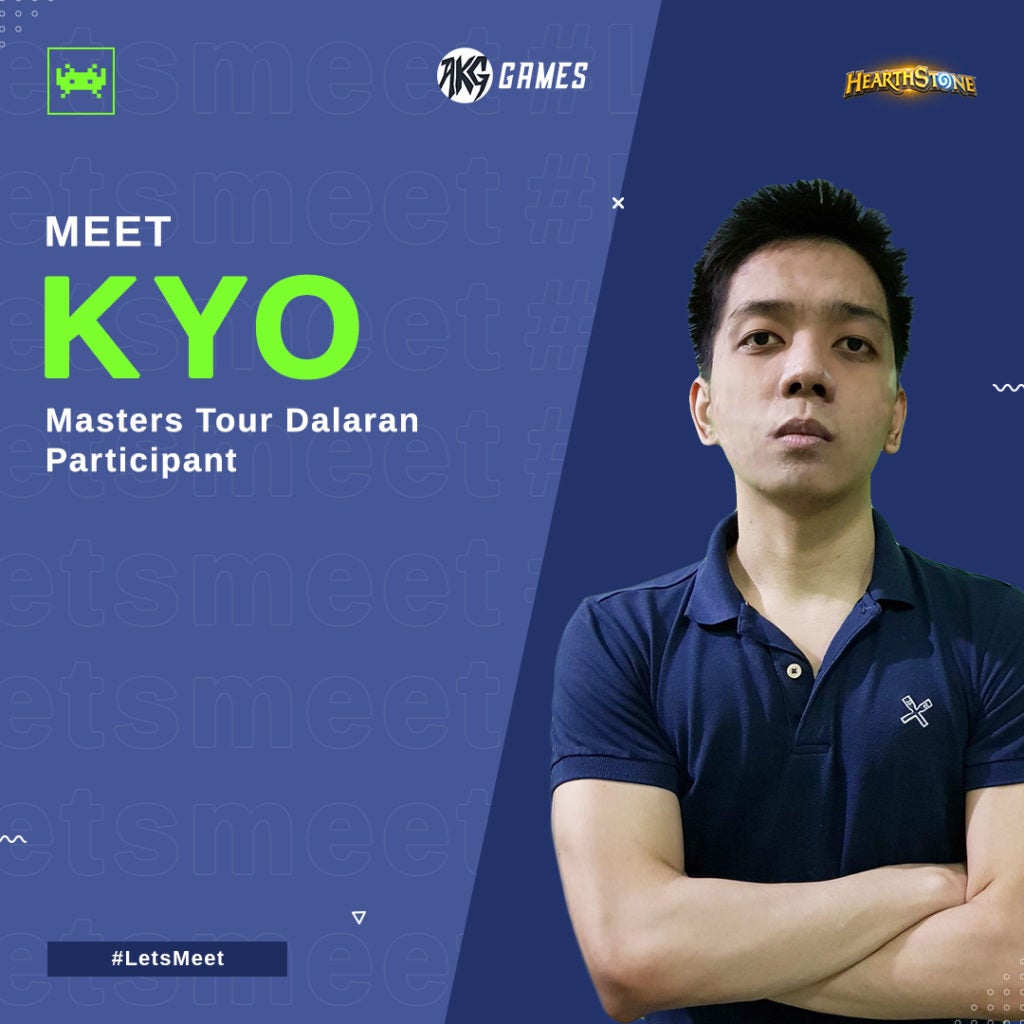 Kyo reveals that he joined NA open qualifiers in the past but decided they weren’t worth joining as the matches started at midnight. “I haven’t really joined any other Hearthstone tournaments because I don’t even know where to find them except on Battlefy and I just played the game semi-casually.”

As a player who primarily enjoys the game on his smartphone, Kyo’s tournament preparation took a hit from Hearthstone’s recent mobile app update.

“The recent June 4, 2021, Hearthstone patch makes my phone [incompatible with the game] since they upgraded the requirements for Hearthstone Android (minimum Android 7.0),” he says. “I could update an unofficial ROM/firmware for my phone but I do not want to risk bricking it. So, I just play on the computer from time to time.”

With Dalaran just a few days away, the self-professed semi-casual gamer has simple expectations. “I am looking forward to playing against the best players.”