Chinese esports organization PSG.LGD was hailed the Champion of the WePlay Animajor after sweeping Evil Geniuses in the Grand Final. The win nets them $200,000 USD and 500 DPC points. 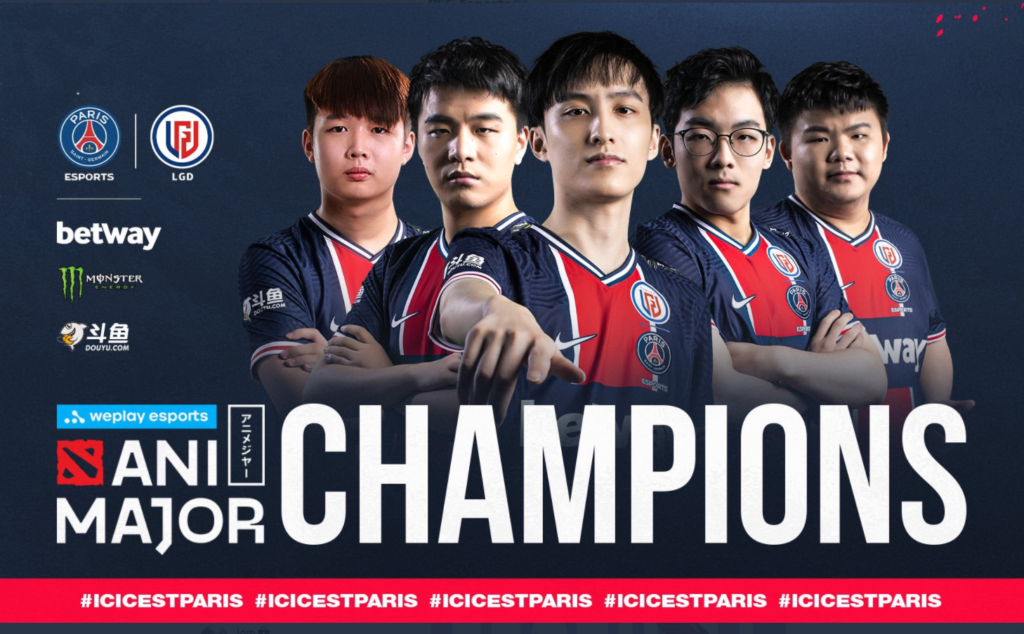 KuKu-led T1 lost to the experienced North American squad in a close series 2-1 and were denied the rights for their first championship berth.

Fellow kababayan Abed “Abed” Yusop, showed his prowess on using Puck as he dominated games 1 and 3 to close out the series and head to the Finals against PSG.LGD.

Even though EG dominated the Lower Bracket on their journey towards the Championship, fatigue was evident as they were crushed by PSG.LGD 3-0 in the Finals. Game 1 started badly for EG as Wang “Ame” Chunyu showed the dominance of his position 1 Axe to draw first blood in the best-of-five series in the Animajor Finals.

Regardless of the crawling pressure on EG’s sleeves, the North American squad still kept their faith on the position 1 Nature’s Prophet used by Artour “Arteezy” Babaev.  The teamfight capabilities of PSG.LGD’s Death Prophet and Brewmaster picks, however, proved to be hard too contain as Game 2 was claimed again by the Chinese squad.

"But what did it cost?"
"Everything."

After stealing the Aegis, @EvilGeniuses loses the fight against @PSGeSports and it costs them the game! 👾

Now, PSG.LGD leads the series 2-0. Will they be able to close it out on the next map? 🧐🧐#WePlayAniMajor #AniMajor pic.twitter.com/9vwyV7aWW9

The third game did not go too far for both teams as it showed the preparedness and the stability of PSG.LGD with their Axe lineup to claim the victory in the last game of the series and of the Animajor.

The road to The International is not yet over, as the Regional Qualifiers will start soon and DOTA 2 fans all over the world are excited to know which 6 team will top their respective regions to claim the last tickets for The International.