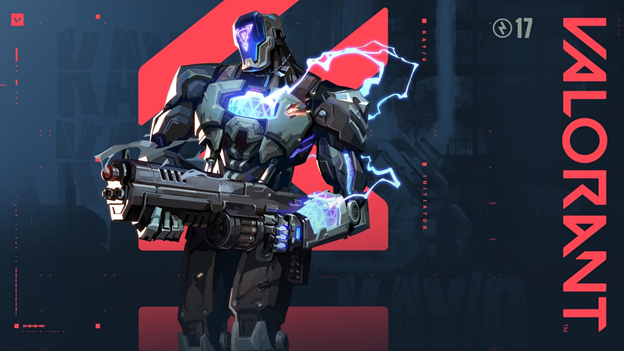 Riot unleashes a new Valorant agent who has the sole purpose to eliminate and neutralize radiants during the debut video of Episode three: Reflection. The agent is introduced as KAY/O, an initiator who has the ability to suppress enemies and make their abilities useless. As stated in the recent developers’ notes, the developers wanted this agent’s abilities to allow players to have moments where they only rely on their gunplay.

The teaser video indicates that this agent’s abilities are composed of the following.

(C) FRAG/ment – a molly grenade that can explode numerous times after sticking to the floor that’s lethal when agents are in the center of it.

(E) ZERO/point – KAY/O’s signature ability where he throws a dagger that explodes on-hit that suppresses anyone who’s caught in the radius of the explosion.

(X) NULL/cmd – KAY/O’s ultimate allows him to shift into an empowered state and emit pulsating energy in a radius from his location that suppresses enemies for a short duration. If he is killed while in this state he enters a destabilized state that allows allies to revive him.

This agent offers unique gameplay due to the fact that this agent is the only one who has the ability to suppress enemy abilities at the moment. The developers are “super excited” to see how players will utilize KAY/O’s suppression abilities and to see some exciting clutch revive plays.