With over 46,000 followers on Facebook, Chloe Alexa “Klowii” Manaloto is definitely a budding star. At the age of 11, she’s currently the youngest talent from the Singapore-based esports talent agency EMERGE Esports.

Klowii is a variety streamer who plays Mobile Legends: Bang Bang, Call of Duty: Mobile, and Valorant – sometimes playing the games solo or duking it out as a squad with her numerous fans.

With an early headstart and already having a successful career in streaming, we sat down (virtually of course) with the young and bubbly streaming star as she revealed to us her own concocted recipe for success.

THE BEGINNINGS OF A STREAMING PRODIGY 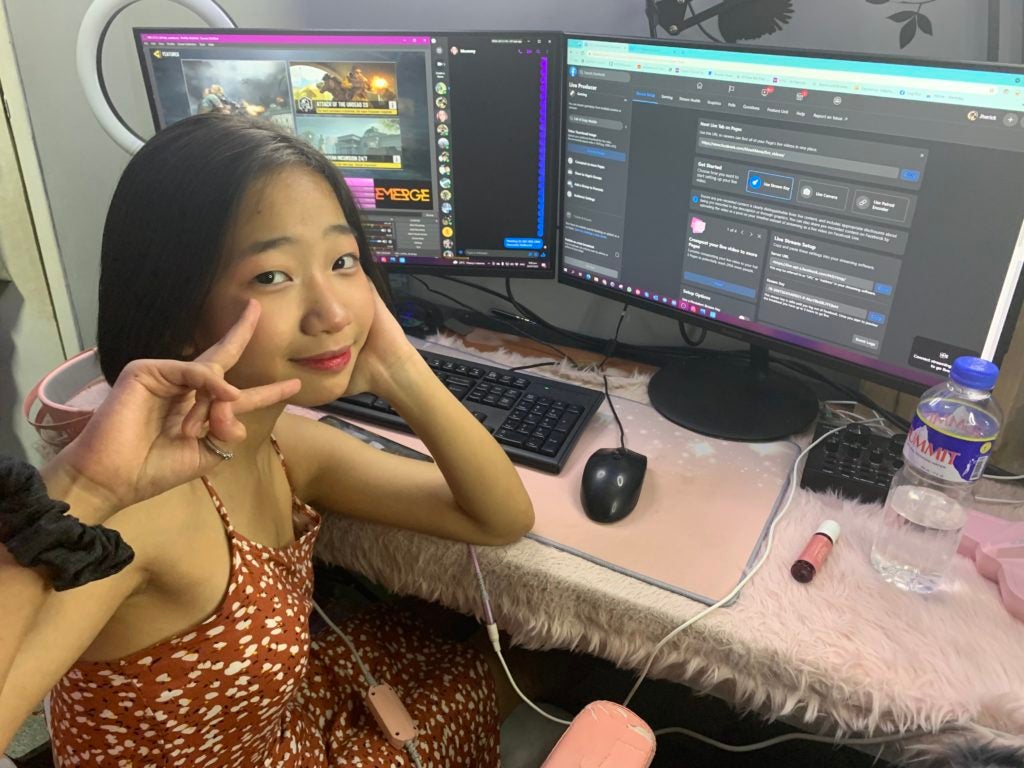 Coming from a game-friendly family, it was Klowii’s mom that brought her into the gaming world.

“She always told me that when she was pregnant [with me] she used to play Cabal.”

Ever since mobile games became popular, her family used gaming as a bonding activity.

“It was really awesome to play games [with my family].”

Growing up watching Alodia Gosiengfiao’s streams, Klowii was inspired by Alodia’s success. She finds her idol’s streaming as natural and varied in terms of games that she plays — traits that she herself possesses.

“What I love most about [Alodia] is that she is very natural when streaming and she plays plenty of games,” Klowii stated.

Because of the pandemic, her parents were forced to work from home but she is lucky enough to get their support for her streaming career.

“I am very lucky that they are supportive of my goals in life especially in my chosen career.” 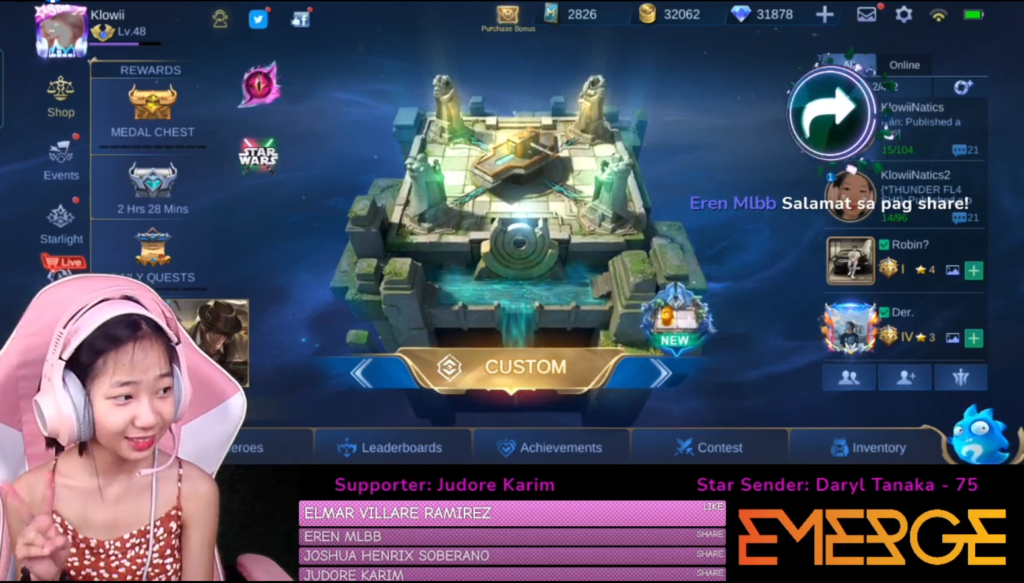 As EMERGE’s youngest streaming talent, Klowii revealed that they got into contact with the agency via an email.

“We had this conversation in emails until they decided to offer me to become one of their talents.”

Klowii was signed in June 2021. According to EMERGE’s CEO, Roy Kek, they saw potential in her just as they were looking to invest their time and resources to enable young talents like Klowii to receive the right exposure and opportunities to excel in this field.

EMERGE has been supporting her by increasing her exposure not only in Singapore but also in the SEA region as well. They have also been connecting her with events and brands that perfectly complemented her persona.

“Through Klowii, EMERGE Esports is essentially increasing its reach and expanding its talent pool to touch base with esports enthusiasts in the Philippines,” Roy Kek stated.

Klowii described that being signed as one of EMERGE’s talents boosted her confidence.

“Being part of EMERGE really boosted my confidence and I felt that I am one step away from becoming a successful streamer.” 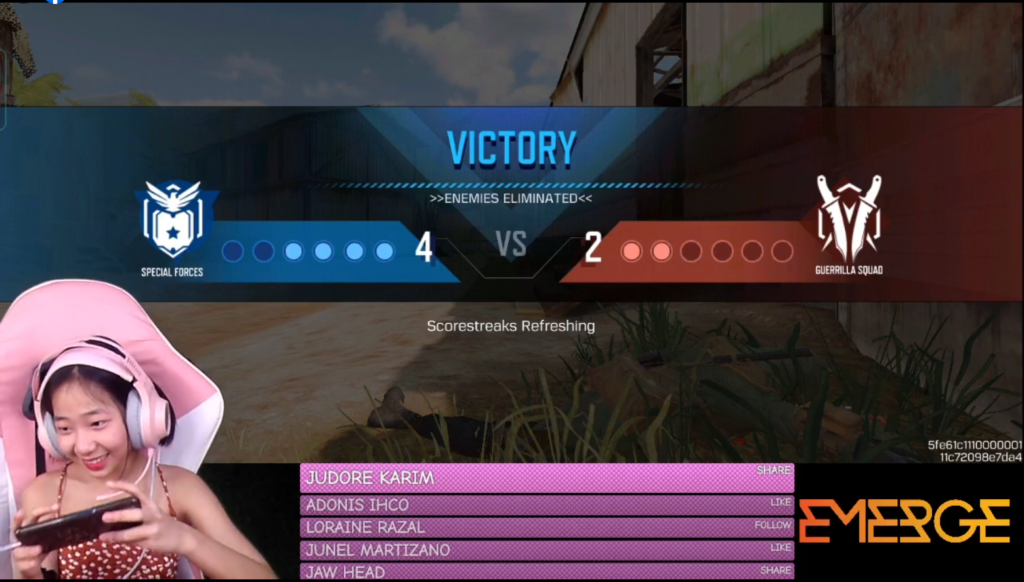 The 11-year old Klowii is entering 7th grade while being a full-time streamer and content creator. A responsible student, she is a consistent honor student at her school as well.

“The sacrifice is worth it as I still am a consistent honor student.”

According to her, Klowii diligently fulfills her academic tasks first as she sets an organized schedule to make her academic, gaming, family, and streaming lives cohesive.

“During school days, I make sure that I finish all my activities and assignments before playing games,” she revealed.

Due to her hectic schedule, she revealed that sometimes she gets tired but finds enough courage and strength to continue her streaming.

“There are times I am physically tired and all I want is to sleep but I need to get up and stream. I believe that I will lose something if I didn’t stream even if I just [miss] a day.”

On the other side of the coin, she deals with toxicity on a constant basis as a full-time streamer. From in-game toxic banter, non-constructive criticisms, to negative comments, Klowii doesn’t let the haters affect her and the way she plays a game.

“Being a gamer, chat toxicity is not something that is easily get rid of. What matters most is how you deal with it. What I do is simply ignore and prove them wrong,” Klowii revealed.

“I used to get affected when I was still starting but [the toxicity] fueled me to get better and excel on what I do,” she added.

She aims to create a friendly and non-toxic environment for every gamer that stumbles upon her fun streams. Definitely a noble cause amongst a world full of clout chasers. 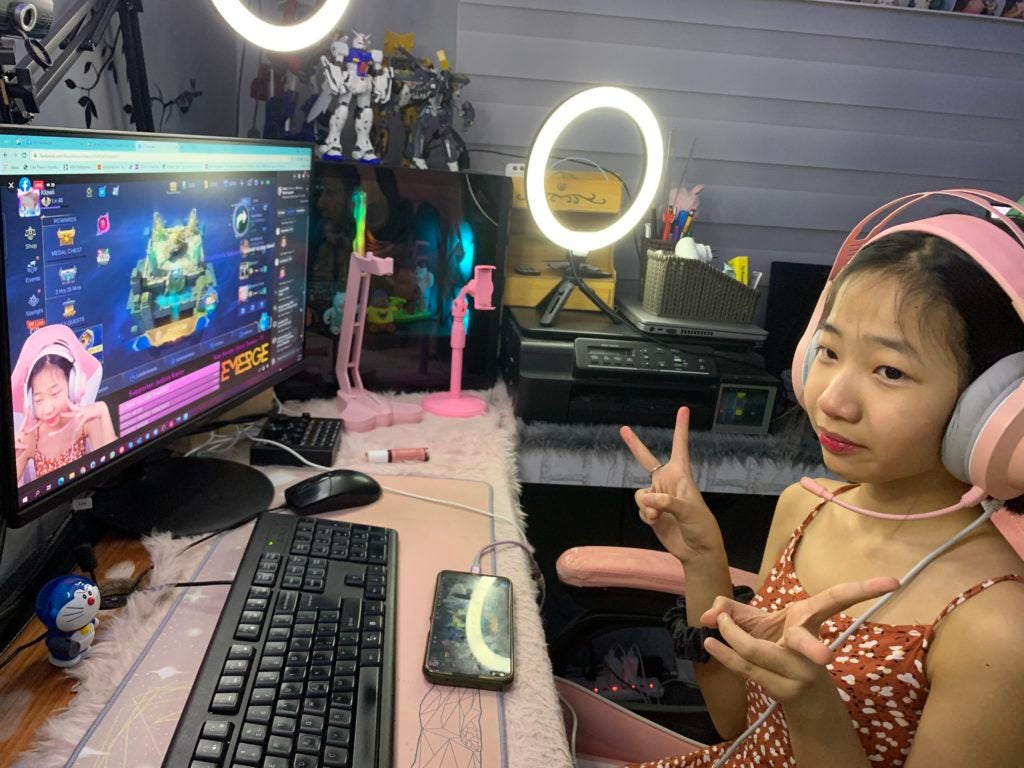 With her current success right now as a streamer, she plans to continue this path as she grows older.

As young as she is right now, Klowii has attained enough wisdom thanks to her ongoing experience as a streamer.

When asked about what she can advise young and aspiring streamers, she told us that the key to success is starting the grind immediately.

“The best way to start is to start now. Don’t lose your heart and always remember why you started in the first place.”

Klowii regularly streams on Facebook. She streams everyday, save for Wednesday, which starts at 5 pm on weekdays and 10 am on weekends. You can also follow her on Tiktok and subscribe to her YouTube channel.