A viral video posted on Facebook shows several kids playing CrossFire despite the flood in the pisonet shop they’re staying in.

These are some gamers in the Philippines that are still trying to play Crossfire despite flooding. Literally gamers never quit. from nextfuckinglevel

Posted last Friday night, the video garnered 20k+ reactions as of this article’s writing. It was even reposted on Reddit under the r/nextfuckinglevel subreddit where it was subsequently deleted by the moderators. 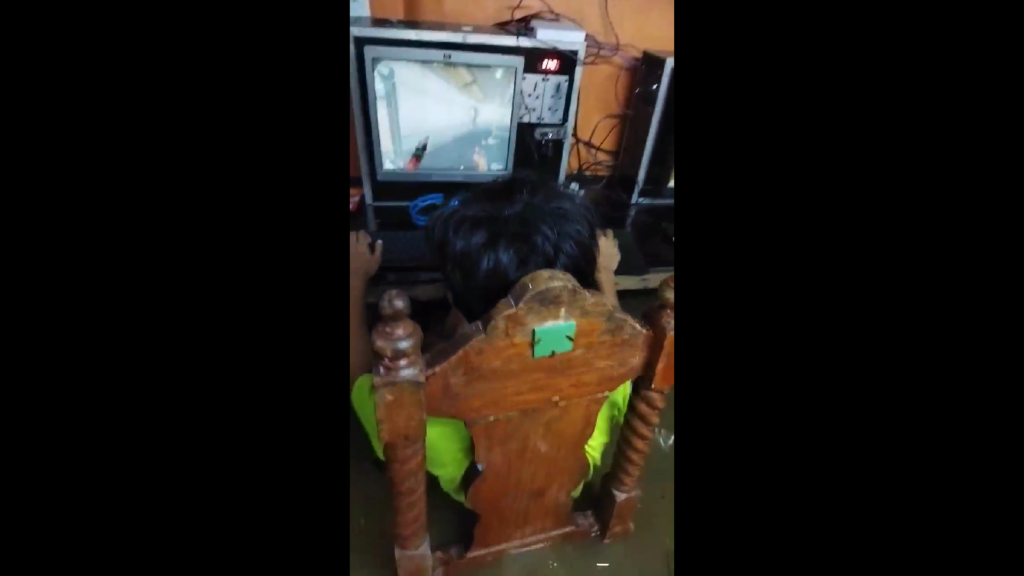 The kids on the video are shown playing CrossFire whilst the owner telling them the pisonet units will be taken upstairs.

Although people applauded the kids’ “gamers never quit” attitude, some netizens were concerned about their safety, especially the possibility of the kids being electrocuted due to the flood. However, Samson told us that they immediately shut the computer units down as soon as they discovered the kids playing. He even sent Esports Inquirer a video as proof.

He hopes that this would enlighten his bashers who only know half of the story and revealed that the kids are fine. “Okay naman sila. Hindi sila pinagalitan. Yung isa jan tinulungan pa ako mag akyat ng mga kompyuter kasi sobrang bilis ng pagtaas ng baha.”