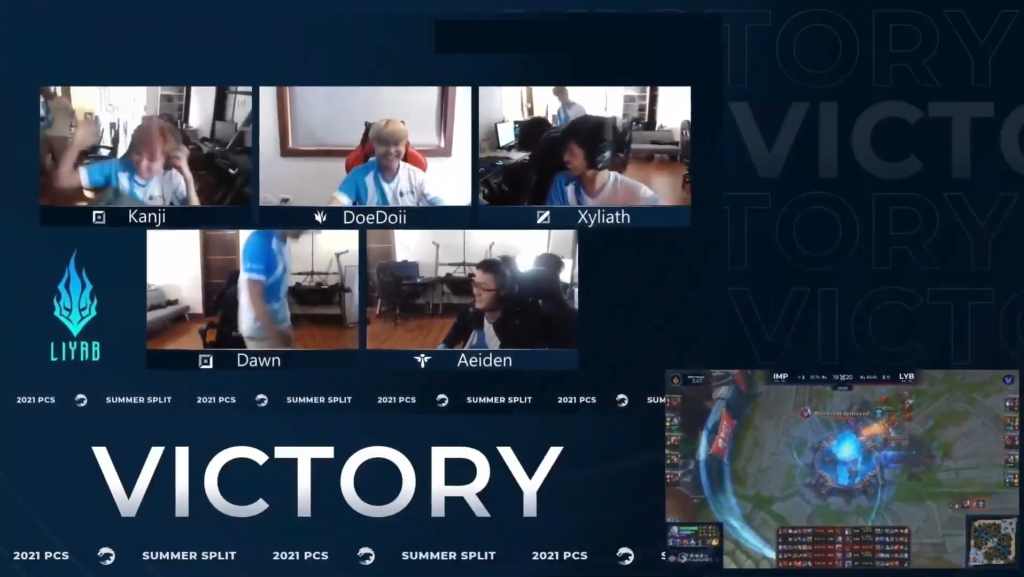 Smiles all around for Liyab | via LoL Esports

The Philippines’ Liyab Esports continue their miracle run as they beat Impunity in yesterday’s tiebreaker for the last spot in the Pacific Championship Series Summer Playoffs. Eight teams face off to be hailed champion of the split, and ultimately a shot at attending the 2021 Worlds Championship.

Impunity held the lead for a majority of the game until Liyab found a favorable fight that resulted in them getting four kills and mid laner Jhon Mike “Xyliath” Tungol’s life. Two minutes later, another fight breaks off at the same spot, and the result is also identical. Liyab gets an ace, which they convert onto Baron Nashor, once again at the cost of their mid laner. 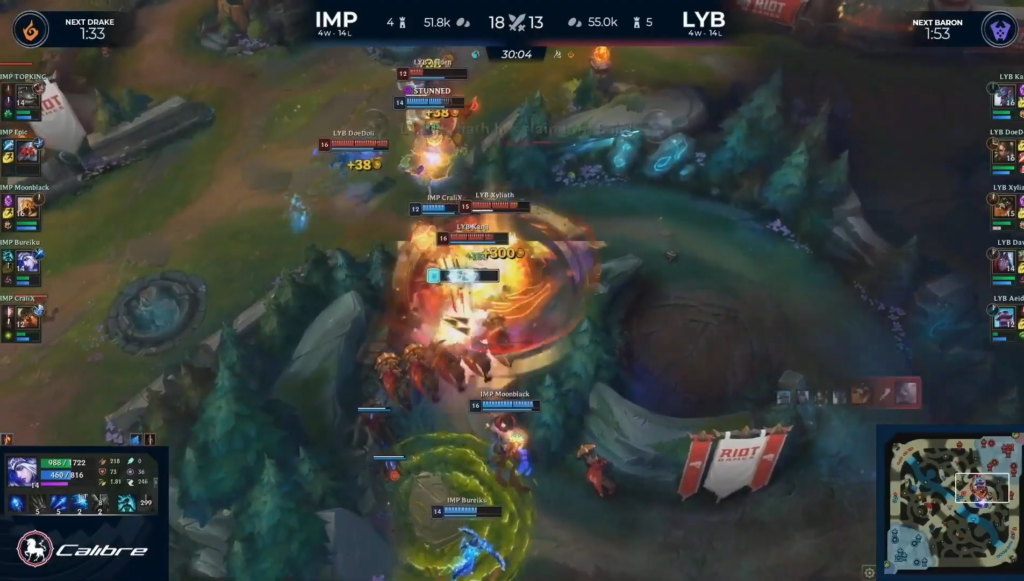 These two consecutive fights and the Baron buff allowed Liyab to swing the gold lead, from being 2.7k gold behind to 4.4k ahead. Impunity once again attempts a fight near the mid tier 2 tower, to no avail. Liyab gets three, with only Impunity’s mid laner and AD Carry left to defend the base as Liyab destroys the top inhibitor. 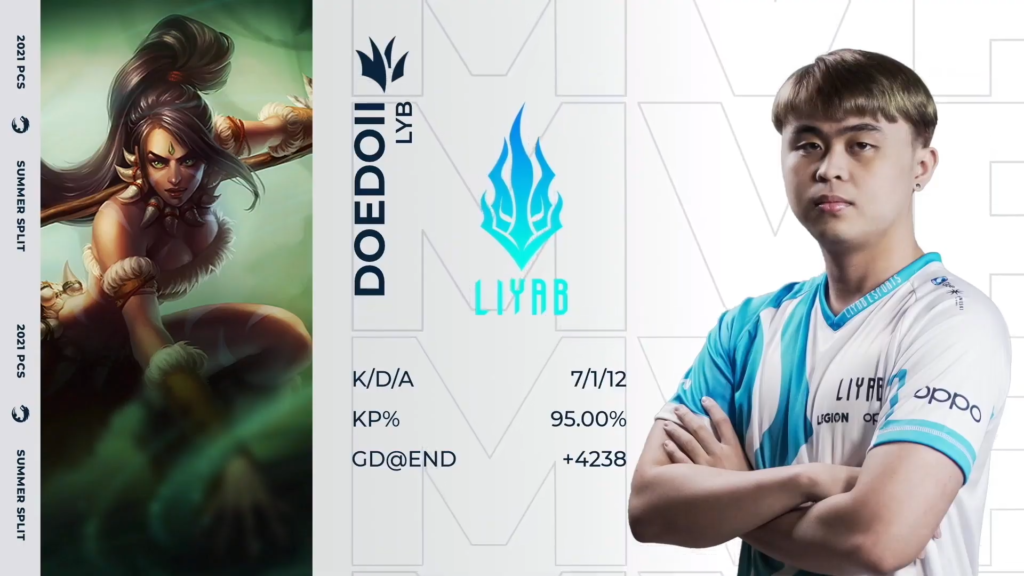 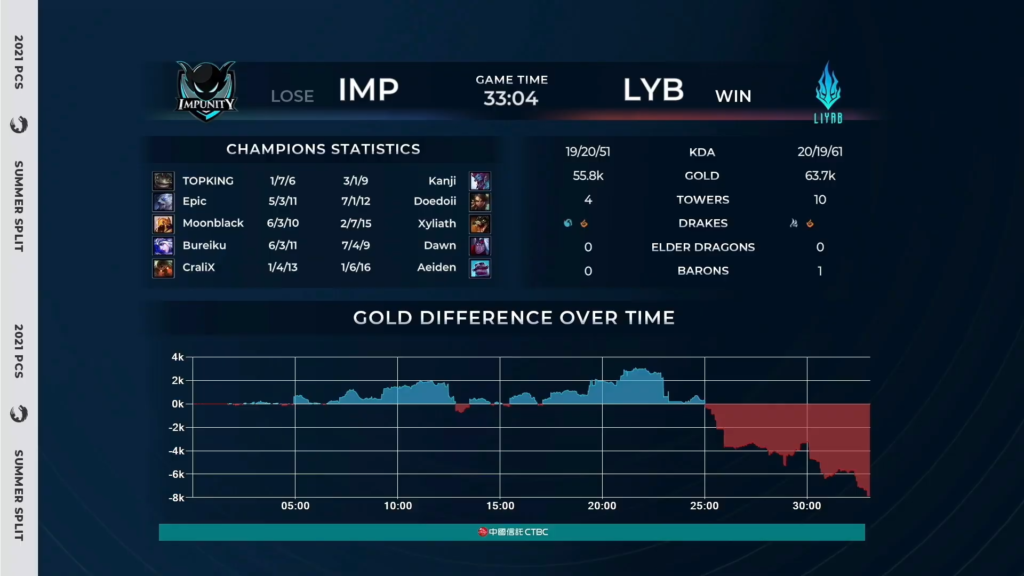 Liyab proceeds to snowball their lead until one final fight occurs in the mid lane, and stomp Impunity for one last time for the victory. The team is then seen celebrating their win on the player cams. Liyab jungler Edrian “DoeDoii” Brancia claims the MVP for this match, having a hand in all but one of Liyab’s kills.

Out of the 8 teams that made it to playoffs, the top two teams will qualify for the 2021 League of Legends World Championship, along with a cash prize. For Liyab to get a slot for Worlds, they will first have to go through one best-of-three match and three best-of-five matches to get to the Finals of this playoffs.

The last time a Philippine team made it to Worlds was in Season 3, when Liyab’s predecessor Mineski placed first at the Season 3 Southeast Asia Regional Finals. Unfortunately Mineski was unable to pick up a single win during the groups stage, and could not proceed onto the bracket stage. Out of the original roster that made it to worlds, only then-support Gerald “Tgee” Gianne Gelacio now remained on the team, as Liyab’s coach.

Playoffs begin August 19, opening with a match between Boom Esports and J Team. Liyab’s playoff journey will start with their first match on August 20. All games are streamed on the lolpacific Twitch channel.