With so many players transitioning into professional play, this season is jam-packed with firepower. These are the top five teams fans have to watch and cheer for: 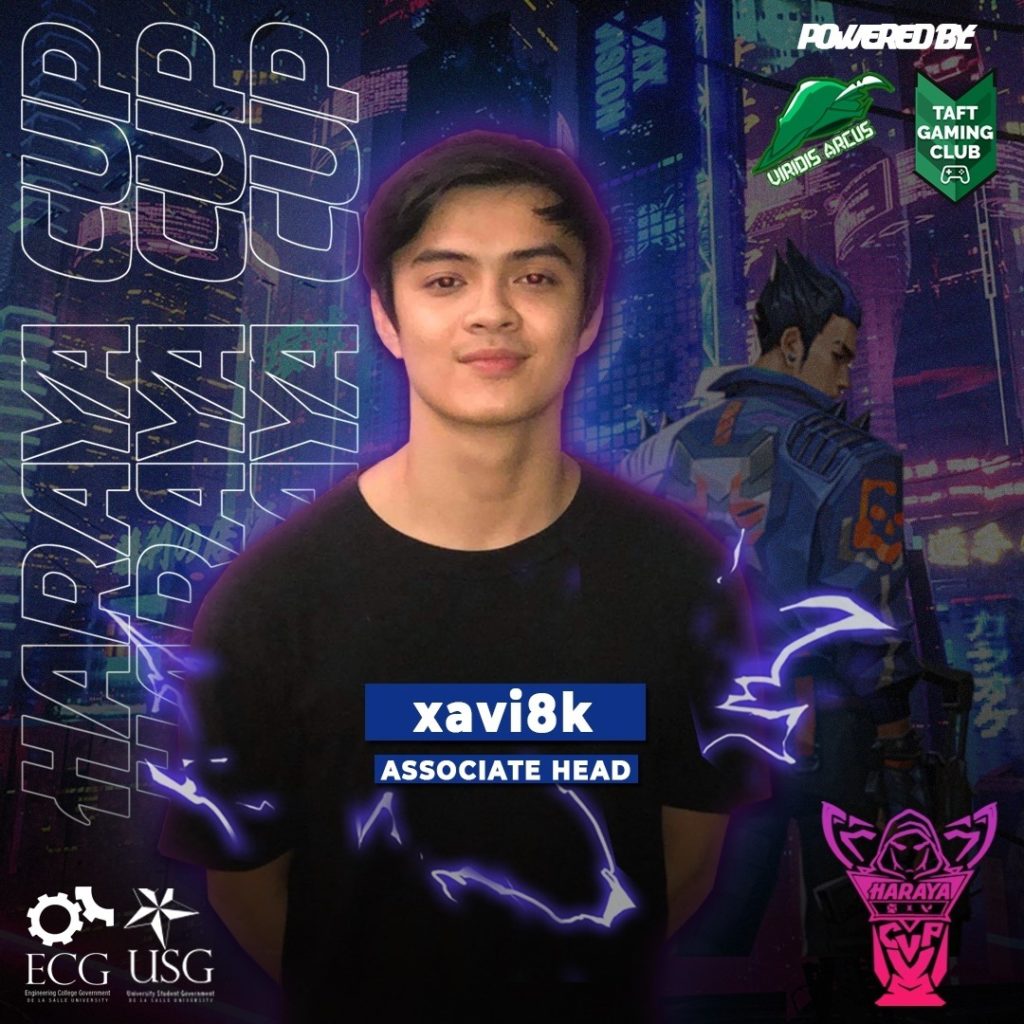 They are the back-to-back champions for a reason. After convincingly staving off challengers last season, Viridis Arcus (VA) have completely found themselves sitting comfortably at the top.

With their SunSparks superstar Xavier “Xavi8k” Juan, leading the charge, the Green Archers won’t relinquish their throne without a fight. 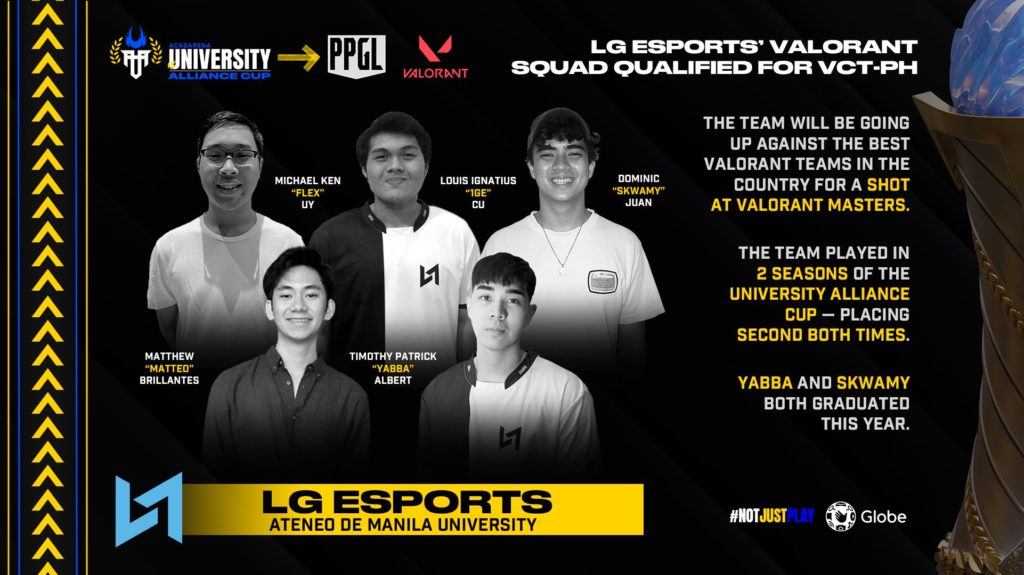 Consistent runner-ups, LG Esports is itching to snag the title away from the hands of Viridus Arcus. The schools’ legendary rivalry is ignited as both teams have a sibling connection (former LG player Dominic “Skwamy” Juan is the brother of VA’s Xavi8k).

With their graduated players replaced, the new-look LG roster is keen on taking down VA, or any team for the matter, to secure themselves the coveted UAC trophy.

Tip: Don’t peek at Matthew “Matteo” Brillantes for your own safety.

It is no secret that Thomasian esports athletes are built for international competitions. The Teletigers took their time to warm up for UAC Valorant but they have finally arrived. These tigers have represented the Philippines in the Red Bull Campus Clutch tournament where they impressively defeated Taiwan’s STU in the semifinals of the East Asia qualifier.

Will their international experience give them an edge for this season or will they fall to the might of the other powerhouses? 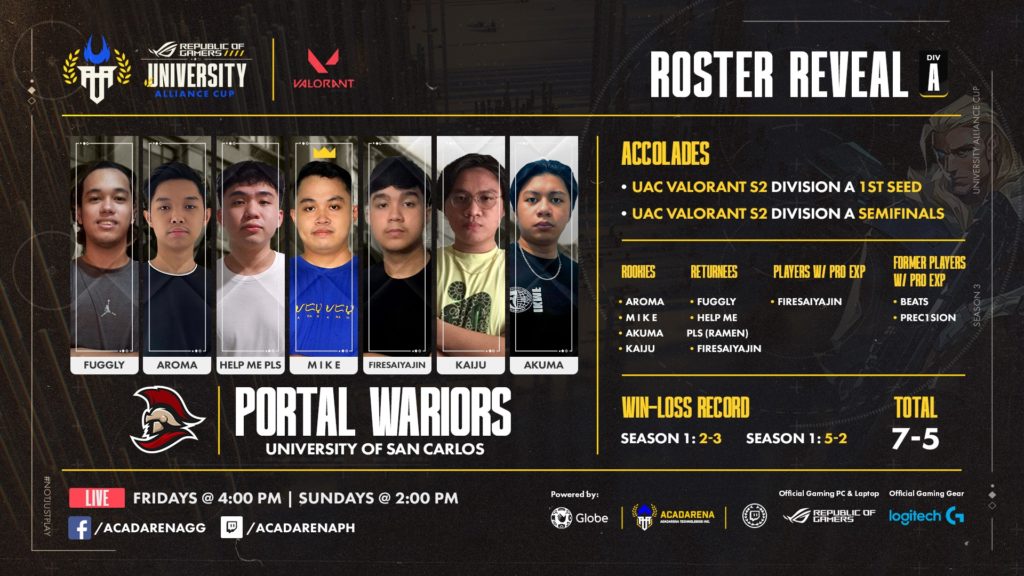 Having attained a flawless 5-0 record in the group stages of the previous season, USC Warrior’s Arena’s Mustang Warriors was definitely a force to be reckoned with. However, their new iteration, Portal Warriors, only retained three players from their original Mustangs roster. The rest of the team is comprised of promising Cebuano rookies.

Would these rookies be the key to the elusive UAC trophy or will they still rely on their prodigal superstar, Zeal Esport’s Keith “FiresaiyajiN” Madarang, to get past the semifinals this season? 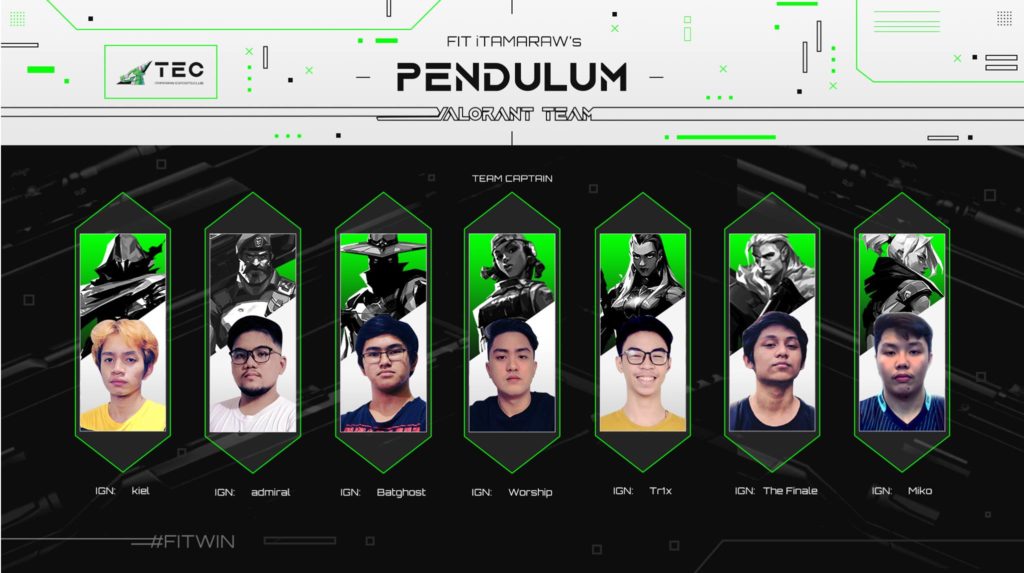 Similar to the University of San Carlos’ reps, these tamaraws were at the top of the group stages last season but were unable to proceed past the semifinals stage.

With multiple professional talents, both in the past and present, flowing through their tamaraw veins, they will try forcing their way to become the next UAC champions.

Gearhawk Esports (TUP – Manila) – Consistently improving, consistently surprising, a powerhouse in the making. TUP Gearhawks have proven countless times that they have the talent to go toe to toe with other powerhouse teams. Teams better watch out for Jeremy Royce “Jermanium” R. Ramos as he might just ruin your team with the Operator.

Romançon Gaming (De La Salle College of Saint Benilde) – Oasis Gaming was the third representative of the country for the VCT SEA regionals. Lucky for Romançon Gaming’s fans, they can cast the famed Oasis Magic as Kurt “Kurtesy” Cinco is part of their squad.

Malayan Warlocks (Malayan Colleges Laguna) – Although they almost got demoted to Division B, Division A teams should not discount the Warlocks as they still have the magic of SR Kadiliman’s Jeremy “Yanagi” Cobar at their side.

Valiant Esports (Holy Angels University) – AcadArena schools know Valiant as generally a powerhouse in esports. Jason “Prophecy” Sicat is back to convince everyone that HAU is as good as everyone in Valorant.

Tams FX (Far Eastern University) – The younger cousins of the iTamaraws, they have been able to conduct an FEU All-Stars event wherein they challenged certain UAC all-stars. With the knowledge gained from the all-stars, the mechanically and mentally reformed team is motivated to push their limits this UAC season.

The University Alliance Cup Valorant by AcadArena will start this weekend on August 21, 2021. The top campus teams of the Philippine Valorant competitive scene will be battling it out for supremacy.

Catch it live this Saturday, starting at 2:00 PM on AcadArena’s Facebook and Twitch.