With another Special Program Livestream from Genshin Impact for Version 2.1 comes new and exciting additions to the game, from the most awaited Raiden Shogun as a playable character to a new game mechanic: fishing.

The Moonlight Merriment for the Moonchase Festival was also revealed, an event that would have the Traveler completing all sorts of challenges around Liyue. This event awards the 4* claymore Luxurious Sea-Lord, which is basically just an oversized fish. 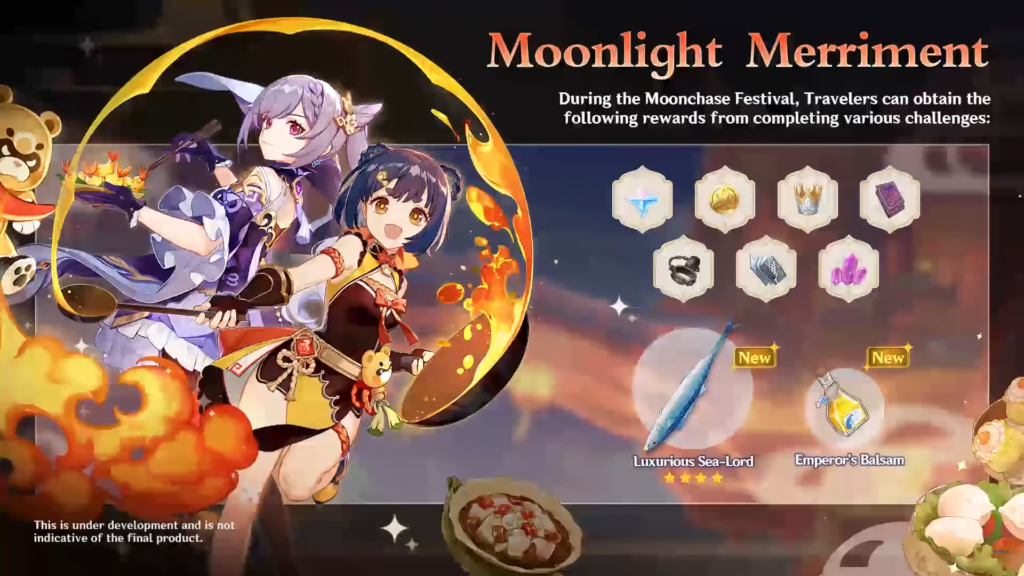 During Version 2.1, Genshin Impact will also celebrate its first anniversary. Of course, this does not come without rewards and gifts for Travelers. These rewards include 10 Intertwined Fates, and the Initial Top-Up Bonus Reset, which would restore the double bonus on Genesis Crystals. 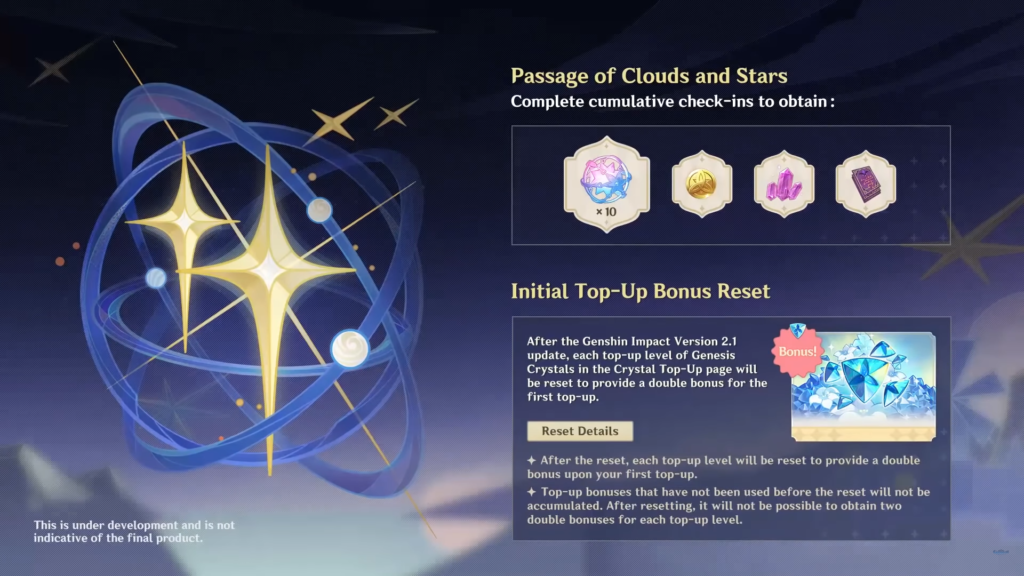 Passage of Clouds and Stars | via MiHoYo

The update also sees the continuation of the Inazuma Archon Quest, titled Omnipresence Over Mortals. The livestream shared several images from this Act, along with some sound bytes.

Aloy (Savior From Another World), was showcased in the stream as well. Travelers who log in on PlayStation 4 or PlayStation 5 consoles on Version 2.1 will receive Aloy in their in-game mail, while Travelers on other platforms will have to wait until Version 2.2 to receive her. 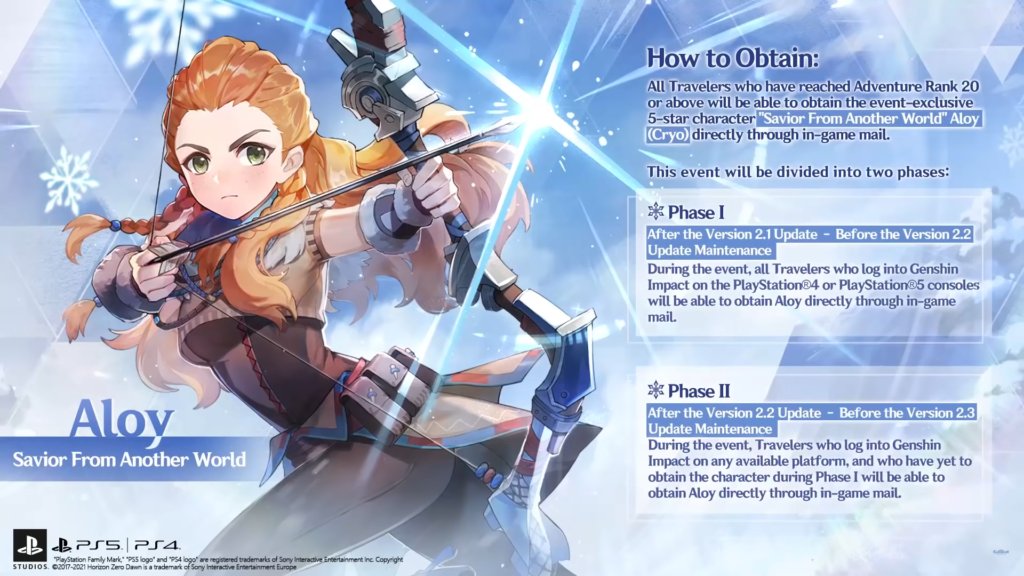 Aloy – Savior From Another World | via MiHoYo

Inazuma will also be expanded in this update, with the addition of Watatsumi Island and Seirai Island. This means more land for the Traveler to cover when exploring Inazuma! Within these islands lie the new World Bosses, the Hydro Hypostasis and the Thunder Manifestation, the latter being dubbed as “Electro Oceanid” by fans. Alongside the new World Bosses is a new Weekly Boss in La Signora, harnessing the power of Pyro and Cryo.

The stream featured the Inazuma Live Symphony Performance, an orchestral production playing the ever beloved soundtrack of Inazuma live at the Tokyo Opera City Concert Hall.

All in all, the rewards from the events and gifts accumulate to give Travelers 2270 Primogems and 10 Intertwined Fates, assuming they claim every single one from events.

The Version 2.1 Update is expected to go live on September 1.