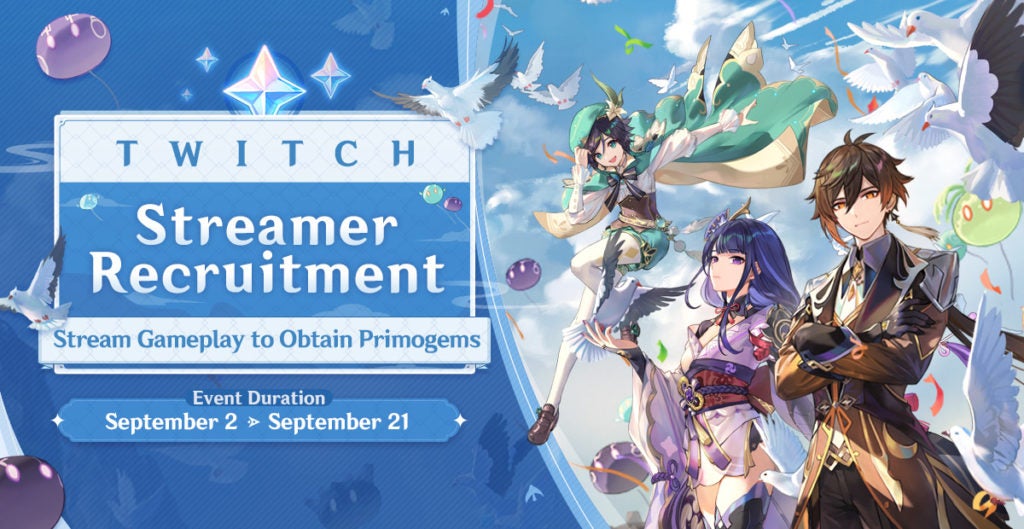 Genshin Impact was released on September 28 of 2020. Since then, it has amassed a large international fanbase with a thriving online community. As the game approaches its first anniversary, miHoYo came out with a new promotional event that rewards players with 500 Primogems, if they stream an accumulative 15 hours of gameplay on Twitch. Meanwhile, additional Primogems await players who earn at least a hundred new followers during the event period.

Over the past two days, Genshin has gained more popularity on the streaming platform, presumably as a result of the latest event. As of writing, there has been an average of 2.5k players who went live on Twitch under the gacha game’s category.

Some fans saw this as a great chance to widen their reach and spread more love for the game. However, others met the news with frustration. Many of them expressed their complaints after Genshin’s official Twitter announcement.

If that ain’t the stingiest shit I’ve seen. https://t.co/rYBrGO368y pic.twitter.com/Nlt0CFV2px

2 events in a row that normal people cant do seriously? First the invite people back to play now this? What are you trying to say? Did you finally noticed you're losing a lot of players?

Some can’t stream because of equipment, some have anxiety, others may not feel comfy streaming gameplay in fear of getting bullied for builds and damage??
I like that mihoyo is giving rewards like this, but make the requirements achievable for your player base tf??

For a minimum of 15 in-stream hours, participants will only be compensated with ~30 pesos worth of Primogems per hour. Small content creators will also be at a greater disadvantage compared to larger streaming personalities in reaching the follower quota for the event’s side missions.

It’s hard for free to play players to farm primogems. So when the anniversary comes around in many games people are looking forward to the events and stuff, but Genshin just made an event which won’t help a lot of Players… and that just soils the fun…

Disappointed with how only famous people can get the rewards

The Streamer Recruitment Event isn’t mandatory. But, it poses a missed opportunity for players who want to save up on in-game currency in hopes of pulling the latest 5-star characters.

With only a few weeks left until Genshin’s milestone anniversary, fans would expect miHoYo to create more inclusive in-game missions to accommodate the majority of the playerbase, such as defeating new enemies or collecting items. Many Genshin players feel excluded and speculate that the latest event is a free publicity stunt under the guise of “giving back to its community”.