“In a back-alley cafe, the dead are granted one last night to mingle with the living.” 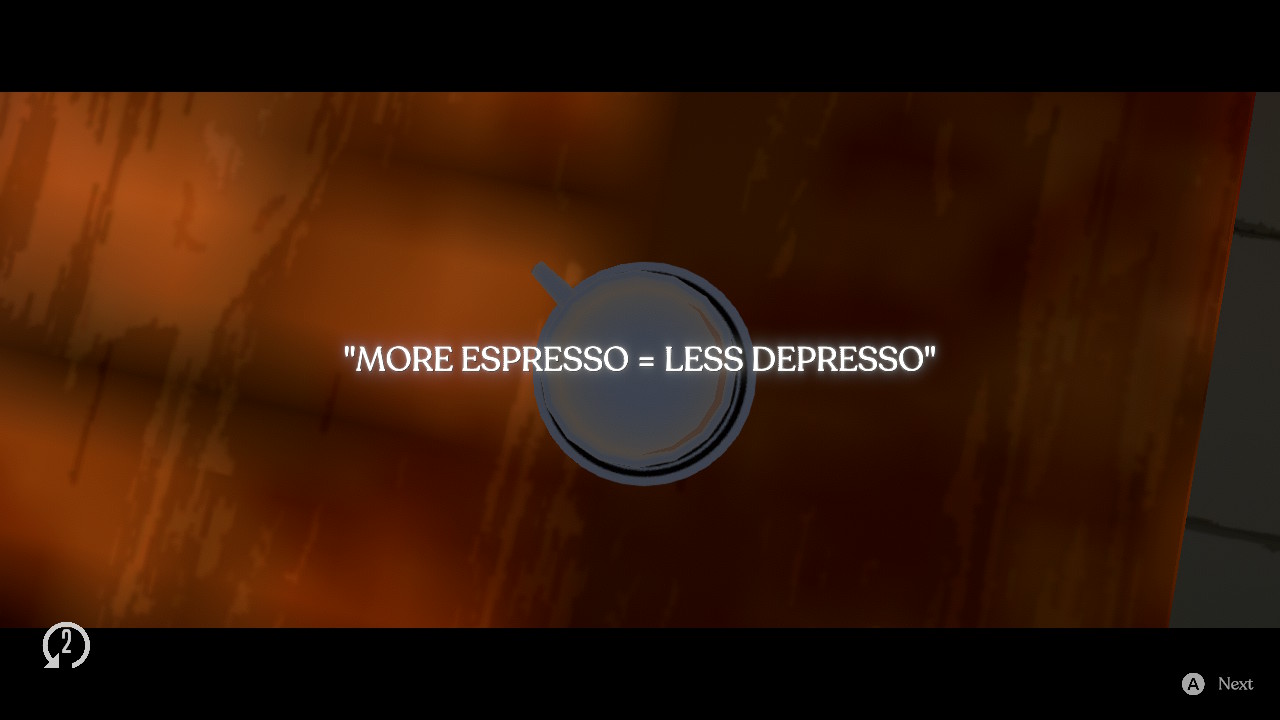 Developed by Australian development studio Route 59, Necrobarista is an indie game “about death and coffee” set within the backdrop of a Melbourne coffee shop that welcomes patrons of both the living and the dead. The kinetic visual novel introduces a cast of diverse and dynamic characters as they explore the ethics of necromancy and the process of letting go.

Necrobarista innovates on the visual novel format by eschewing the traditional 2D style, opting instead for cinematic 3D sequences set with music from Kevin Penkin, best known for his work on Made in Abyss (2017). The game was nominated for Best Indie Game at the Golden Joystick Awards and won Best Art at the 2020 Australian Game Developer Awards.

Originally released on July 17, 2020, for macOS and iOS via Apple Arcade and July 22, 2020, on Steam and GOG. The expanded and visually reworked version of the game is dubbed Necrobarista: Final Pour and was released on the Nintendo Switch on August 11, 2021, with a scheduled PlayStation 4 port slated to be released later in the year.

First and foremost, Necrobarista is an interactive story with a predetermined plot and a unique visual look. There are no choices (or illusions of choice) to take. This plus the chapter format makes the game a perfect pick-up for casual play.

While many of the characters were fun and likeable and certain scenes were heart-wrenching enough to merit a few tears, the overall plot feels unfinished with much of the dialogue being generally weak. The magical realism of the story was interesting enough but the plot keeps taking twists and turns away from the story that neither expand the worldbuilding or flesh out established characters before it finds the time to progress in any meaningful way.

There are jarring tonal issues that make you feel like there is something deeper to the plot but the game doubles down and returns to play out like a slice-of-life story. The game wanted to tackle so many things at once that it ended up tackling its very premise weakly. At the end of the day, Necrobarista is simply a graphic novel in videogame format with a wonderful soundtrack.

Despite these criticisms, Necrobarista affords the player to live out the fantasy of an extra day with the dead. Released during the quarantine, the characters’ exploration of death and mortality felt like a much-needed conversation for the player to have with themselves. There is something cathartic about being able to fantasize an extra day with loved ones we may not have been able to say goodbye to — and Necrobarista can give you that solace. 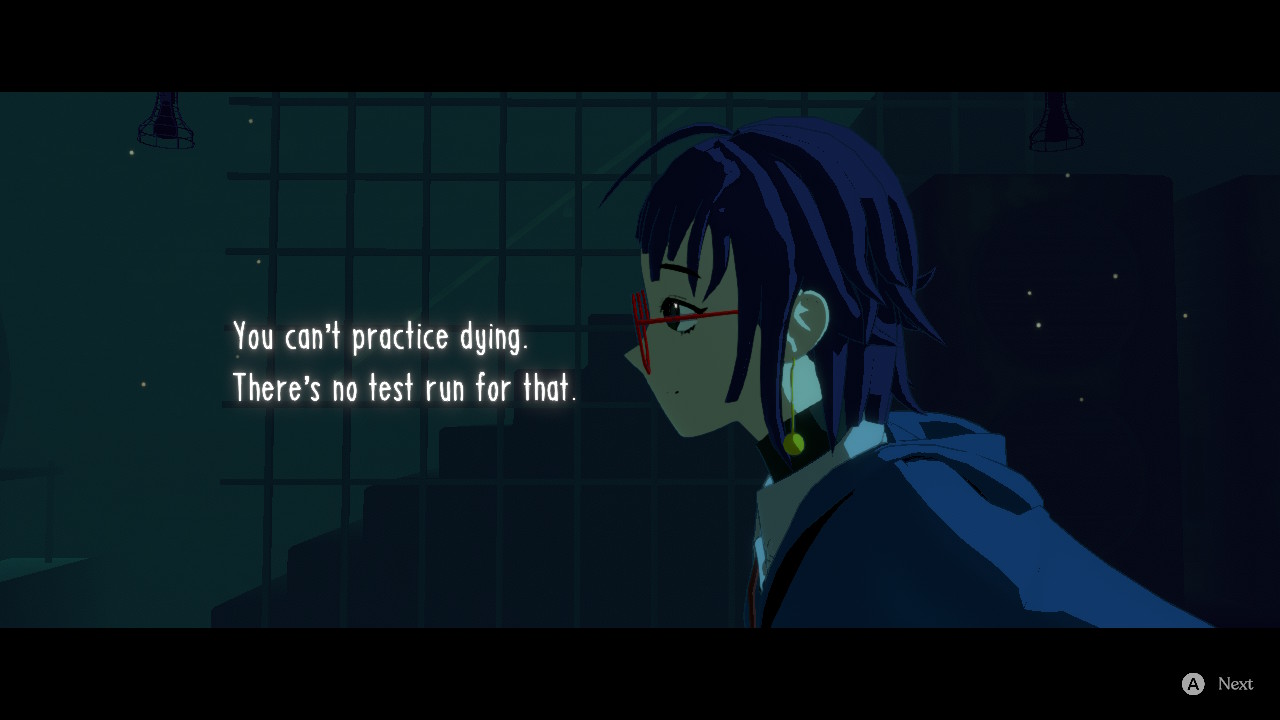 Transcript: “You can’t practice dying. There’s no test run for that.”

Play it on the PC

While Necrobarista is much like the average visual novel in terms of main story progression and controls, certain modes within the game make it an incredibly obvious PC to Switch port. There is a lack of touchscreen support — especially with a section where the player can draw on the robots — and a missed opportunity to include gyroscope compatibility considering the janky available camera controls when exploring the Terminal. However, these are notable criticisms from the review version with an August 14 review key. Some of these issues may have been fixed in a recent patch or on the pipeline for a future patch.

Here’s what Ralph, one of our resident visual novel enthusiasts, had to say about his experience playing the game on PC:

I first came across Necrobarista halfway through 2019 from a gameplay trailer a few months before the game’s planned release. I was thrilled when it finally came out in July last year but I had to put that excitement on hold when I realized it was borderline unplayable.

Necrobarista was a cel-shaded visual novel so I didn’t expect it to run on decade-old machines like most visual novels. I assumed it would be as graphically-taxing as something like Danganronpa V3 but I was unfortunately proven wrong.

I was using a new laptop with a GTX1650 mobile (not the best, but still a decent video card) and I barely broke 60 FPS during the game’s regular conversation parts and sub-30 FPS on first-person, explore-the-cafe parts. A lot of users who purchased the game on Steam had the same sentiments and Route 59 was quick to announce that they were working on ways to optimize the game for low-end and midrange builds. 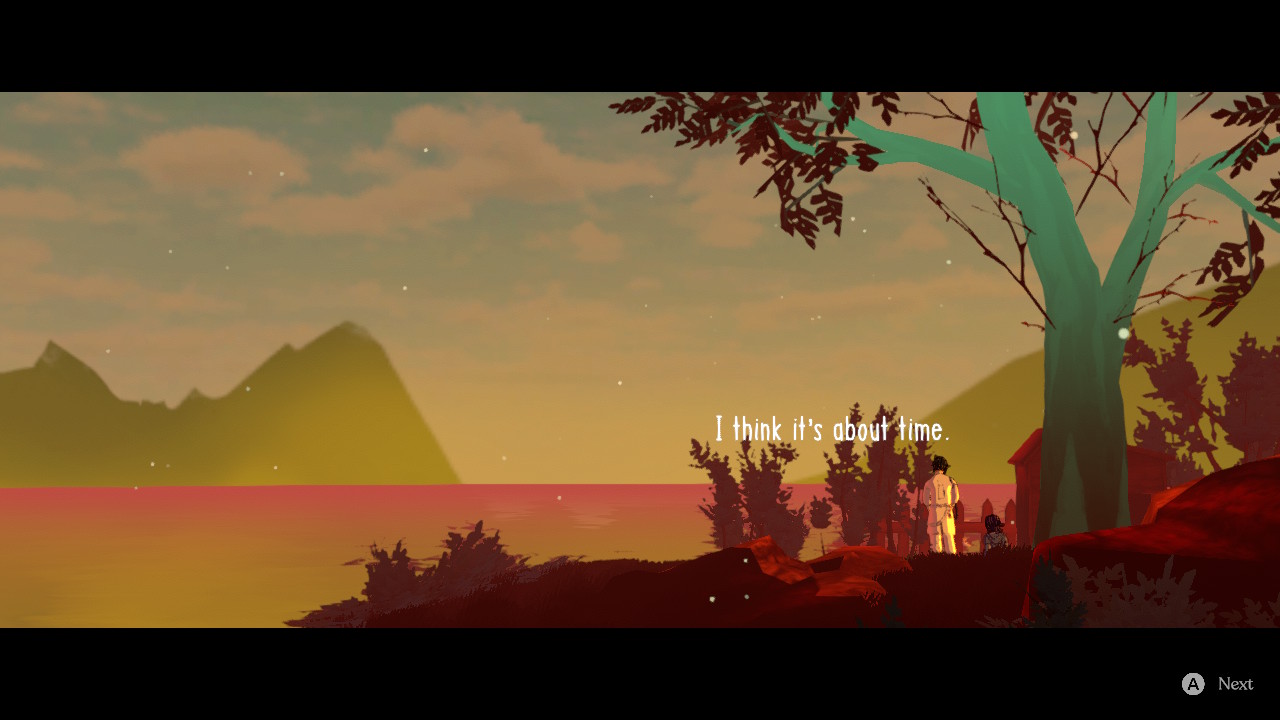 Transcript: “I think it’s about time.”

A few months and patches later, I returned to a smooth, well-tuned game. I then played the free DLC “Looking to the Sky” and I have to admit, I enjoyed it more than the main story. I believe it’s due to the fact that it played out a lot more like the idealized version I had of Necrobarista when I first saw the game’s announcement trailer: a cast of wandering individuals whose hopes and dreams and regrets we learn about the more we get to know them.

While the Switch port may be marred by issues now, keep the faith. The rate at which the developers rolled out updates to improve the quality of the original PC release is a good enough indication that they’ll do the same for the Switch release.