TLDR; Myca “Yshin” Pascual took to Facebook to raise allegations against Nexplay’s mismanagement during the bootcamp. The following are the main points of the Facebook post:

(Translation: Firstly, I didn’t post this for attention but to raise awareness to future talents or players before joining the NXP bootcamp. All of this is true with many people knowing and not just me. This is so fans are also aware of what’s happening inside the bootcamp.)

Lack of formal consent for minors

Despite understanding that the female team would not be salaried and would be under probation for three months, the MLBB female team attended the bootcamp for the opportunity to practice.

(First of all, we went to the bootcamp to grow stronger and to practice so that we may win championships — this is what they told us the bootcamp was for.)

However, Yshin and other members of the team are underaged with Yshin specifically being 17 years-old. In her post, Yshin details how the members of the team were rushed to the bootcamp without the management asking their parents for formal consent. They were also in charge of their own fare despite being minors and were not afforded a swab test when they arrived at the camp. 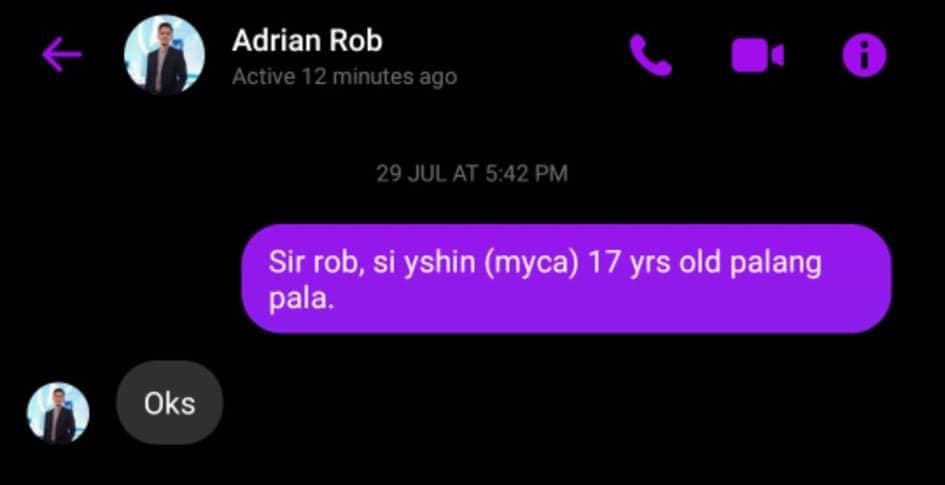 (So here we are, we were rushed to go to the bootcamp without a swab or rapid test especially since we came from different places. That was already a red flag.)

The players who have been at the bootcamp since July have yet to be vaccinated despite management claiming to process their vaccination.

(They were always saying we’ll get vaccinated next week until next week became September and still nothing.)

In her Facebook post, Yshin narrates the poor conditions afforded to them at the bootcamp. One of the main points was the food served to the female team. Yshin writes that the quality of the food deteriorated after the first week when the cook asked for a raise and was redelegated instead as a cleaner. This led the players to order their own food out-of-pocket with no reimbursements and no salary as Yshin said they were fed a consistent unhealthy diet of pork and chicken.

(It’s true that the food we ate was like dog food. Some of us even started vomiting and getting stomach aches… They were alright with players getting sick from the food so long as they can save money.)

On top of the food incidents, Yshin shared photos of the players sleeping arrangements. She writes that the foam mattresses were so thin, they had resorted to laying down cardboard underneath to shield their bodies from the cold as they were sleeping on the floor. This has even led to them developing back pain. Yshin also goes on to say that there weren’t enough mattresses and four people had to share three mattresses on the floor. 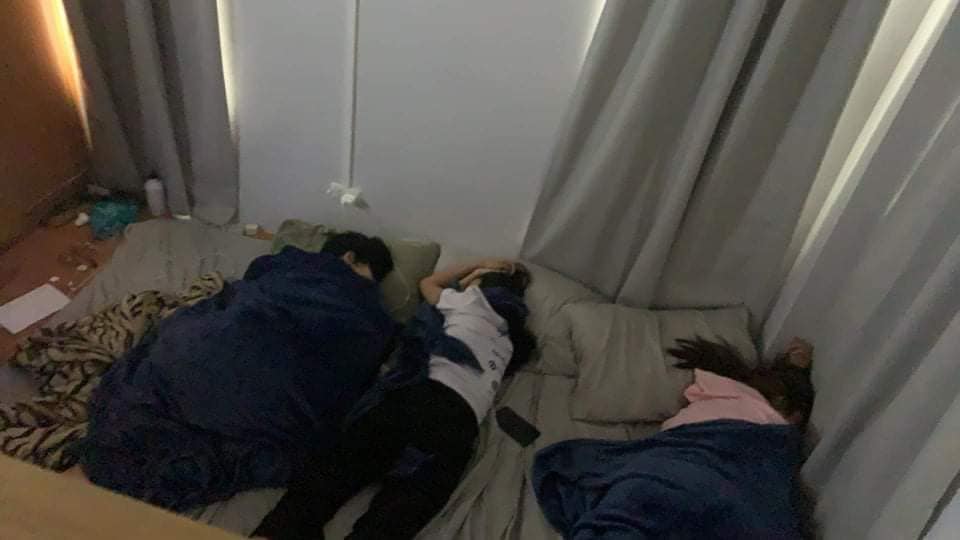 (We brought these issues up to management but up ’til now they haven’t been resolved. We’re already about to leave and they’re still full of unfulfilled promises.)

During one of Akosi Dogie’s livestreams, the female team was seen entering the boys’ unit where they were claimed to have been drinking. Yshin clears the air, writing that they were given orders to enter the boys’ room to carry boxes of Doritos out. Their manager even encouraged them to go to the boys’ unit to grab food.

(Is it our fault that we went into their rooms to grab food or rice even if it was management themselves who told us to go?)

Yshin also clears the air on allegations of partying during the bootcamp stating that the Tiktok videos circulating is footage from one of the player’s birthday celebrations where they were treated to samgyupsal.

(There was no alcohol involved, only samgyupsal and our happiness… But we don’t understand why Nexplay’s management didn’t release a statement on what actually happened to clear our names.)

Yshin includes in her allegations against Nexplay that the female team was given different treatment from the male team. She mentions how the male team has priority on the food selection as well as the female team being given extra responsibilities in the form of doing house chores during the bootcamp.

(To be honest, we were managing ourselves in the camp. Even washing the plates and cleaning the bootcamp is up to us because they said we were women.)

When one of the Wild Rift female team members stood up for the MLBB female team, the manager of the MLBB team told her off saying “huwag mo pagtangol ano ka super hero?” (Don’t defend them. What are you, a superhero?)

Yshin reports on the circumstances leading to the team disbanding claiming that Nexplay’s reason was falsely alleging the players wanted to transfer to a different team. Then, during a September 10 meeting, the female team was told that the reason for their disbanding is the team’s lack of progress which Yshin says is an old issue that the team has since moved past.

(The truth is that they’re just looking for holes because a lot of us have seen the wrongdoings and are complaining about the mismanagement of the camp.)

Yshin concludes her post saying the players are demanding Nexplay to release a statement clearing the allegations against them. They are also demanding that Nexplay pay their travel fees and to reimburse the players’ costs.

(So we told them that if they want us to go home, they should give us the fare to do so, but Macy said with a laugh, “you’re not doing anything here and you’re asking for travel fare?” The audacity! It’s because Macy isn’t present in the camp and can’t see us practicing from 2pm to 11pm.)

As of publishing, Nexplay has yet to release a public statement despite the hefty allegations of their MLBB female team.

House panel chair: Did anyone get sick, die from ‘expired’ face shields?