Kowloon, Hong Kong — Craving for more Southeast Asian VALORANT action? Fret not as KJC eSports is gathering the best of SEA’s VALORANT teams for the KJC ESPORTS VALORANT INVITATIONAL. The online tournament will be live-streamed at the official KJC eSports Twitch channel and will run from September 30, 2021 to October 10, 2021. 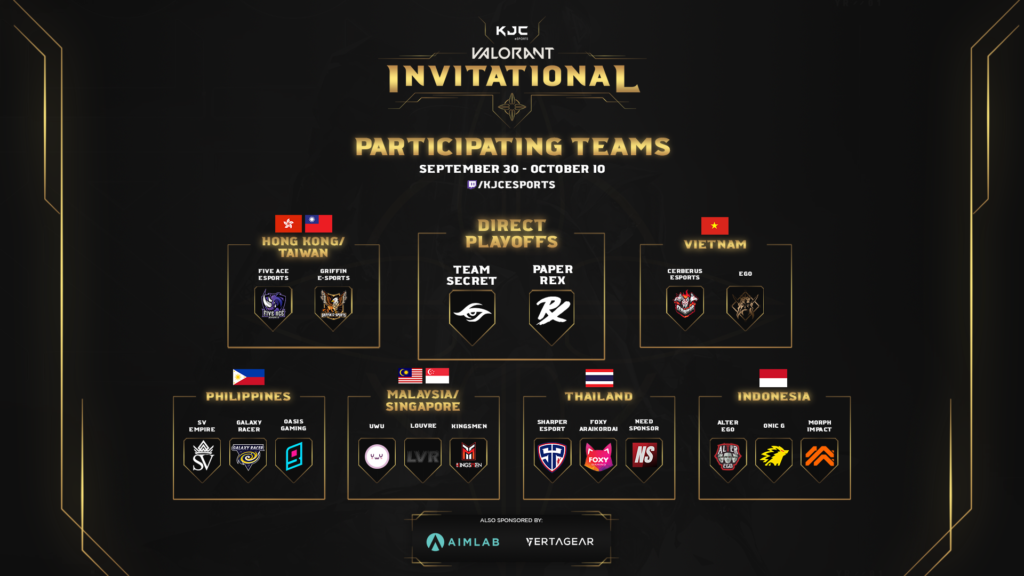 KJC eSports VALORANT Invitational will feature the top 18 teams in the region in an online tournament with multiple stages. The list of the invited teams are:

The teams invited were based on the VCT SEA Stage 3 results. The tournament will have 16 teams fighting their way to climb out of the group stages for the playoffs. Meanwhile, Team Secret and Paper Rex are directly seeded into the playoffs.

The Group Stage will run from September 30 to October 3, while Last Chance Qualifiers on October 4, The Playoffs will run from October 7-10. 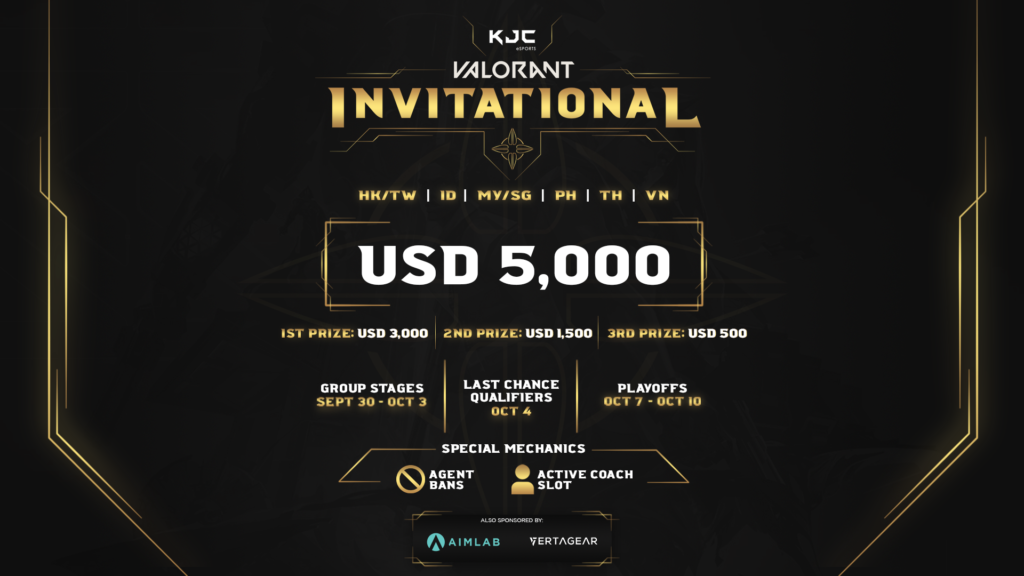 With the goal of bringing together the Southeast Asian VALORANT community, the invitational aims to develop the region through competition and discover the sheer power and potential of each teams’ respective rosters.

“There is so much talent in Southeast Asia, it is our job at KJC eSports to showcase the top of the top teams in the region.,” Jeffrey Choi, the founder of KJC eSports, stated.

KJC eSports is a VALORANT esports content hub, community builder, and events & tournament organizer that caters to the Southeast Asian gaming community. The KJC eSports VALORANT Invitational is officially a Riot-approved tournament and is sponsored by Aim Lab and Vertagear.

This is an official Press Release from KJC eSports.