Four Philippine CODM female teams have successfully qualified as the country’s representatives and will make their way in the Valkyrie Series Group Stages starting November 3.

Tyrant LXIX, AiM Genesis, PDR Bees, and Nifty Ultra AJW emerged as the top 4 teams in PH and have all secured a slot in the biggest all-female CODM tournament organized by Garena. They will join MYSG representatives Lugiami, Lithara Artemis, Sad Valkyrie, and Klasiko Hyenas to compete for the 3000 USD prizepool and bring home the title of the best female CODM team in the region. 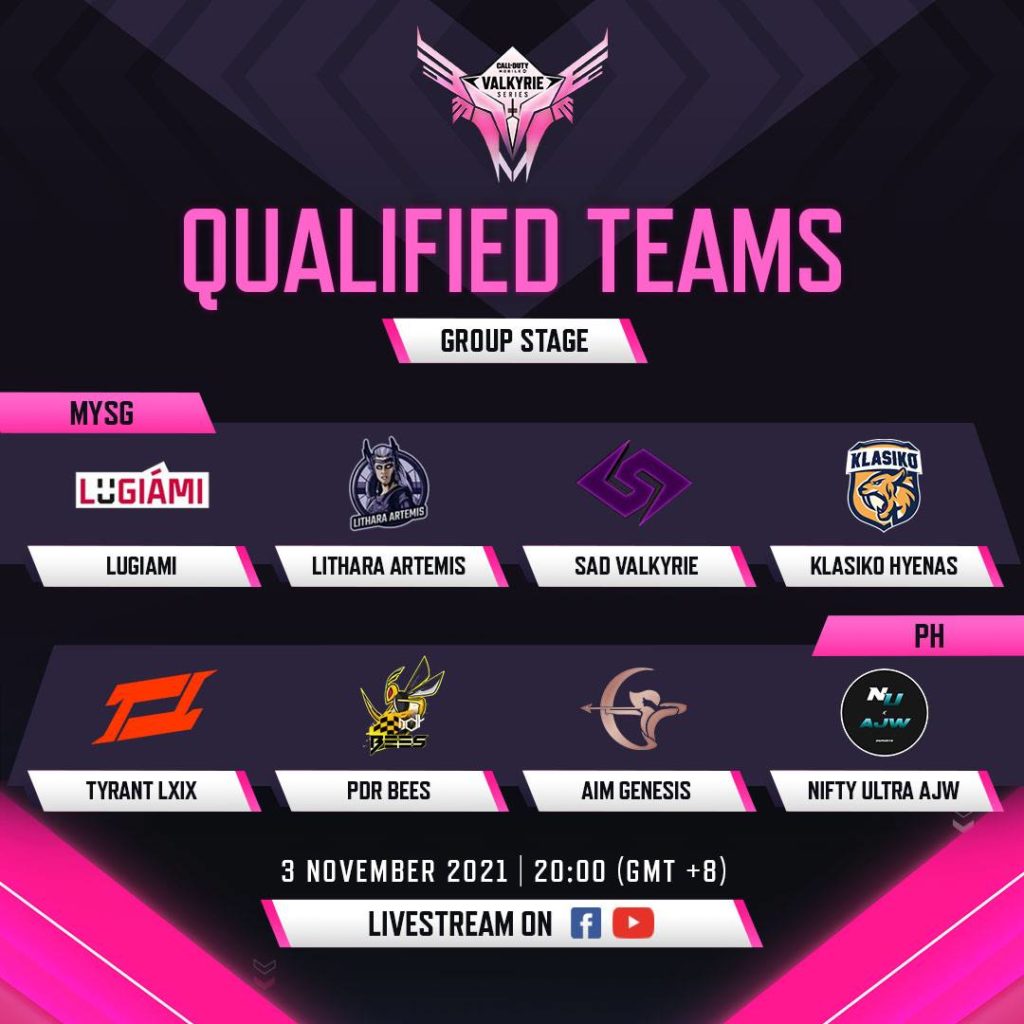 This second season of the Valkyrie Series will showcase Tyrant LXIX’s and AiM Genesis’ second go round at this stage as both teams competed in the tournament’s first iteration. Genesis, then with NU, now has transferred to AiM which notably also had a team in the last Valkyrie Series in the form of AiM Artemis. Tyrant LXIX on the other hand, whose team were with XDG that time, went all the way through, achieving a runners-up result.

Catch the Filipinas first games live on Garena CODM’s official Facebook page and YouTube channel. PDR Bees opens up the matches at 8 p.m against Singapore’s Lithara Artemis, followed by AiM Genesis’ bout against Klasiko Hyenas of Malaysia at 9 p.m. Fans and players alike will then be treated to an early treat in the tournament as Tyrant LXIX meets Lugiami in the 10 p.m matchup which will be a rematch of last Series’ grand finals. The first day closes with Nifty Ultra AJW’s clash vs Sad Valkyrie at the 11 p.m match.