Ladies CODM teams from the Philippines unleashed their caliber and showed what’s there to come in the upcoming days as they dispatched their counterparts from Malaysia and Singapore on the first day of Garena CODM’s Valkyrie Series Season 2.

The ladies put their foot in the gas pedal right from the get go as each of them were able to go on fast starts and streaks, never looking back and cruised to victory.

PDR Bees started the matches by dominating Lithara Artemis of Singapore with the scores of 150-3 in Hardpoint at Standoff, 6-0 in Search and Destroy at Crossfire, and 150-44 in Domination at Firing Range. 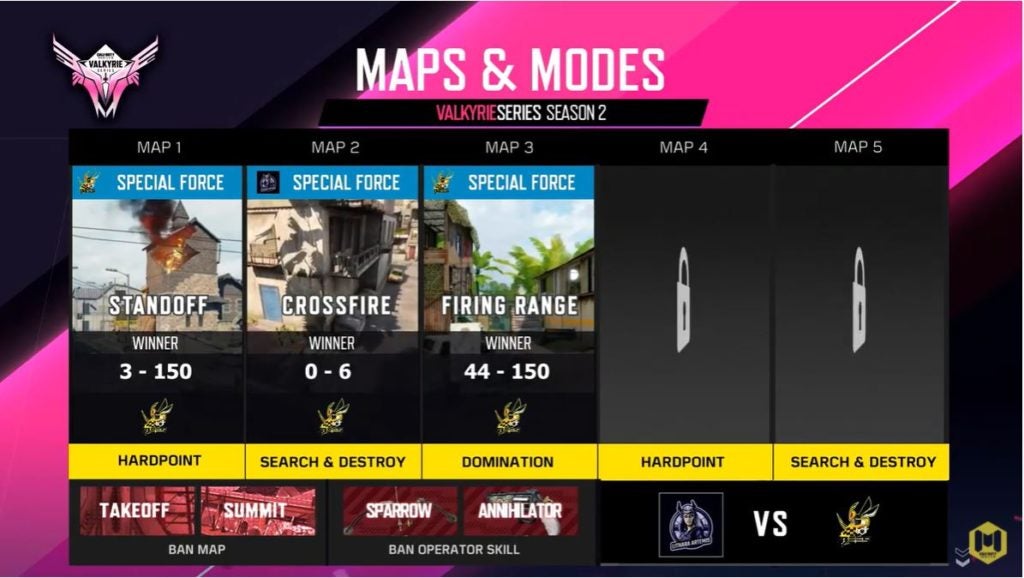 AiM Genesis followed it up with a 3-0 of its own against Klasiko Hyenas, scoring 150-46 in Hardpoint at Raid, 6-1 in Search and Destroy at Standoff, and 150-89 in Domination at Firing Range. 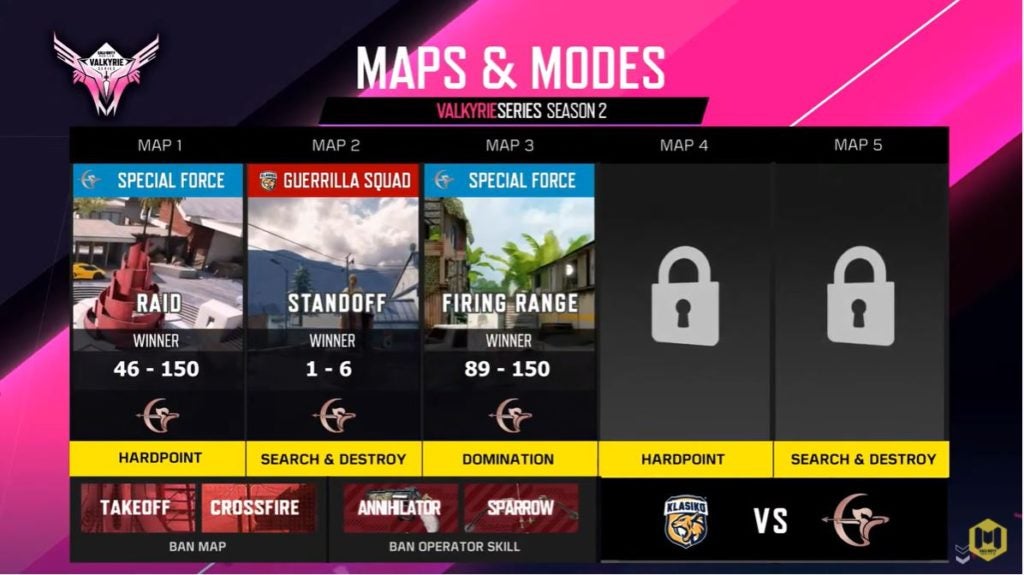 Tyrant LXIX then won the hardest matchup for the Filipinas as they pulled off a stunning performance against defending Valkyrie Series champions Lugiami winning 3-0 with the scores 150-13 in Hardpoint at Firing Range, 6-5 in Search and Destroy at Summit and 150-123 in Domination at Crossfire. 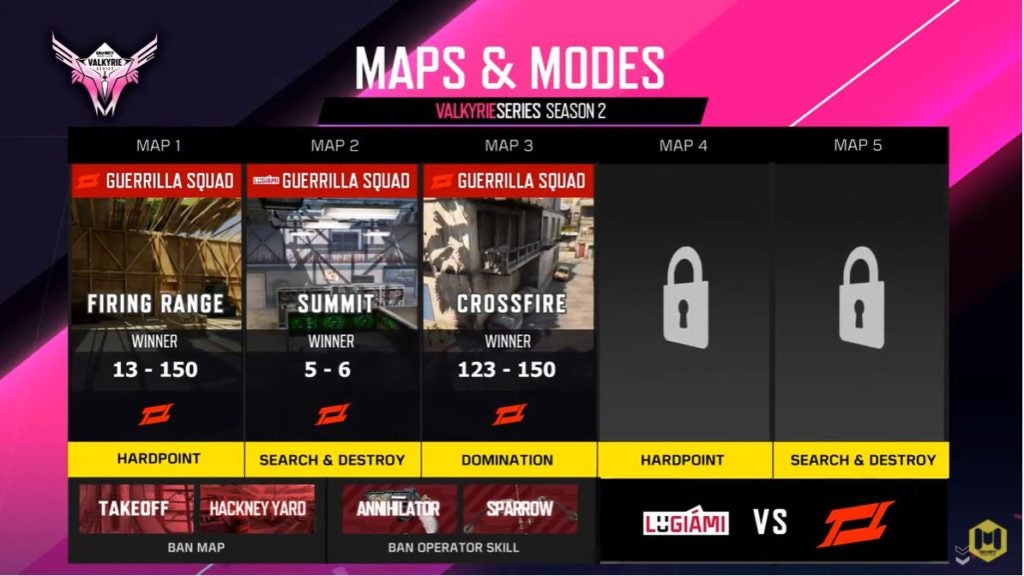 Nifty Ultra AJW closed out the first day of the matches by serving SadValkyrie of Malaysia a 3-0 of its own, winning 150-7 in Hardpoint at Summit, 6-3 in Search and Destroy at Standoff, and 150-83 in Domination at Crossfire. 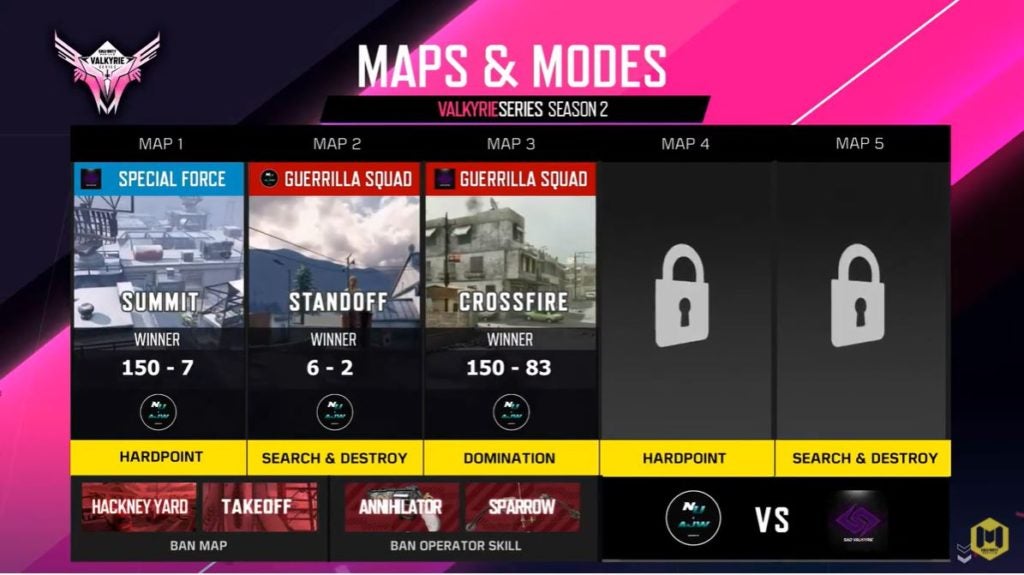 Valkyrie Series action continues tonight at 8 pm and can be watched at Garena CODM’s Facebook page and YouTube channel respectively.