Tyrant LXIX, PDR Bees, and Nifty Ultra AJW all secured a playoff spot in the 3000 USD tournament hosted by Garena. 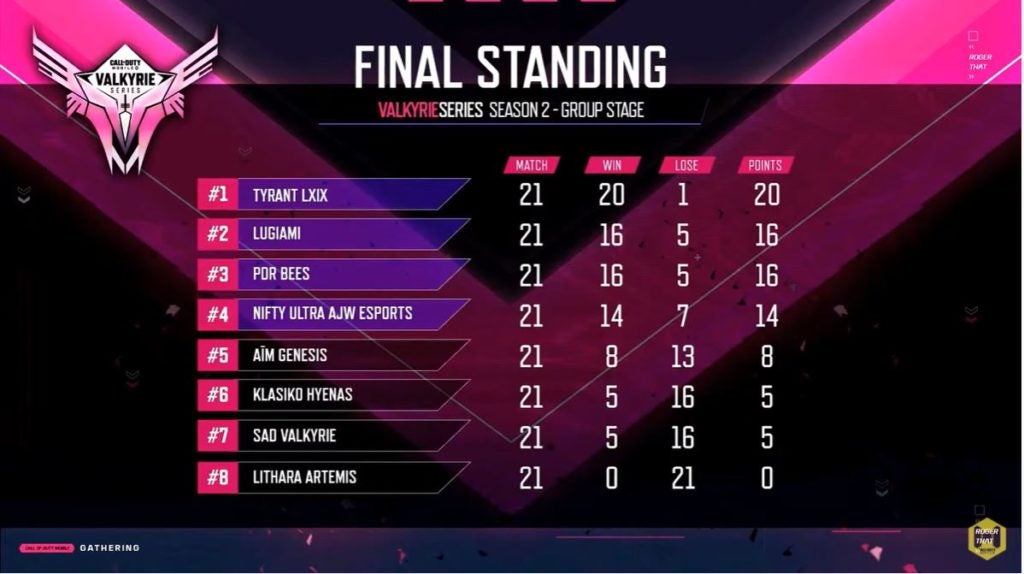 Previous Valkyrie Series 1st runner-up Tyrant LXIX, known as XDG LXIX back in the tournament’s first iteration, dominated the entire pool of teams this season after recording 20 wins against only 1 loss, losing only 1 map throughout the entirety of the group stage. Along with the retention of their original core roster, the addition of Yanina “Mia” Suarez essentially turned the team from being formidable to close to unbeatable, fueling their quest for revenge against last Series’ finals loss against Singapore’s Lugiami.

As a result, they will be the number 1 seed in the playoffs facing fellow Philippine team Niftry Ultra AJW which had a 14-7 record and thus securing the number 4 seed.

On the other hand, the PDR Bees who had an identical record with reigning Valkyrie Series champions Lugiami at 16-5, will enter the playoffs as the number 3 seed as the latter owns the tiebreaker against them in their head to head matchup. 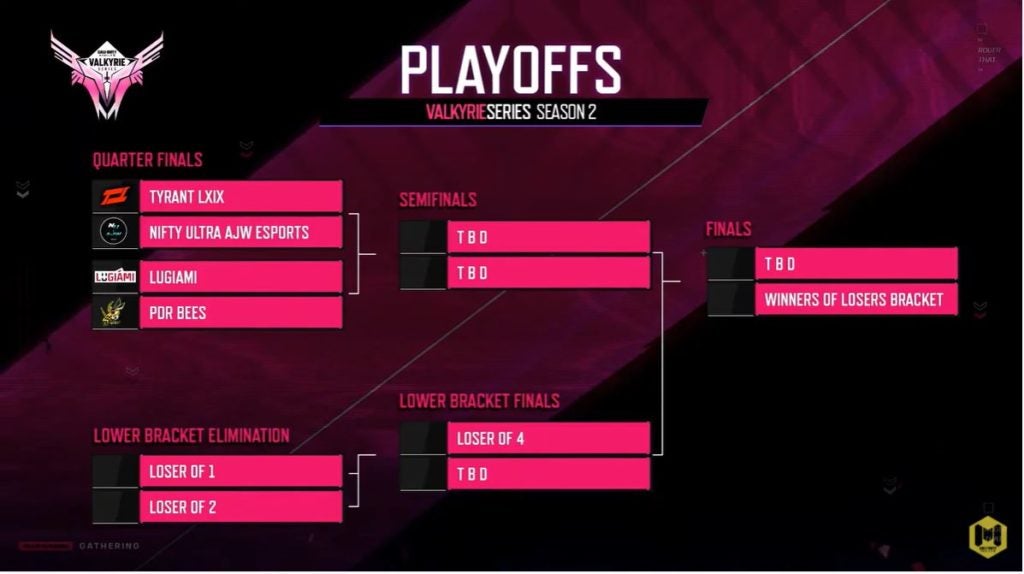 Catch the Philippine teams in their journey to bring home the Valkyrie Series Season 2 title when the playoffs start later tonight at 8 pm. All games will be streamed on Garena CODM’s Facebook page and YouTube channel.