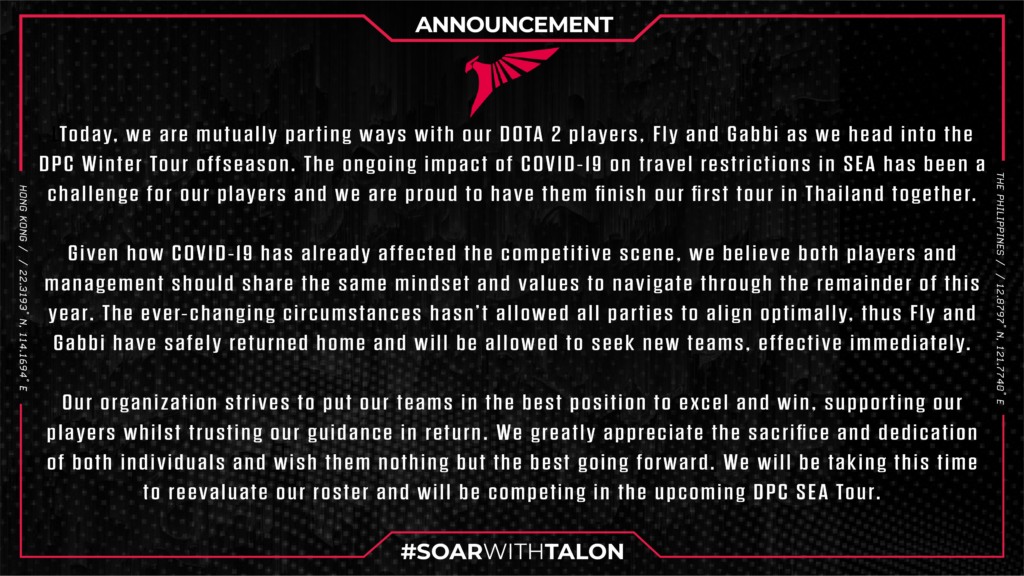 “Today we are mutually parting ways with our Dota 2 Players Fly and Gabbi as we head into the DPC Winter Tour offseason,” Talon announced. The statement reveals that the players and management weren’t able to see eye to eye due to ‘ever-changing circumstances.’

Despite having the two stars in the team, Talon’s performance in Div II of the DPC SEA 2021/22 Tour 1 was abysmal. They finished fifth with a record of 3-4, with Polaris Esports and Nigma Galaxy taking the top 2 spots, respectively.

As for both Fly and Gabbi, they have returned to their respective homes and are now allowed to seek new teams for the next season.