Day 3 of the second phase of the Mobile Legends Sibol Qualifiers saw the exits of Bren Esports, Smart Omega, and Onic PH from the tournament. 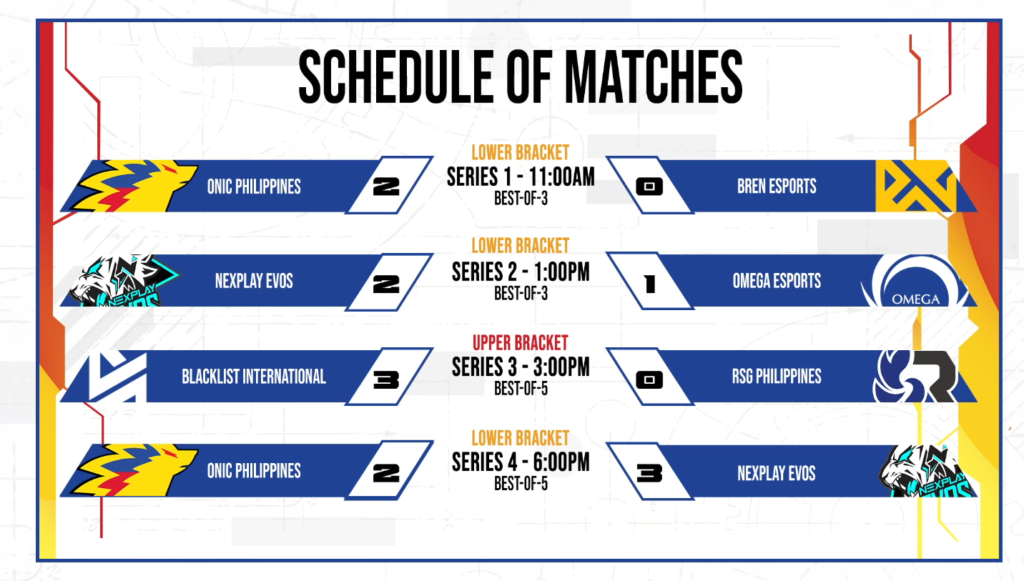 The first matchup of the day was between Onic PH and Bren Esports. Onic was able to sweep Bren 2-0 which unfortunately meant that the former M2 champs are now out from the qualifiers.

This series was also the debut of Onic’s Ralph Benedict “Flick” Hamoy, the team’s replacement for Kairi “Kairi” Rayosdelsol. Flick had big shoes to fill, considering many regarded Kairi to be the best jungler in the world. Things started well for him as his Game 1 Pacquito and signature Fanny for Game 2 became instrumental in Onic’s series win against Bren.

The second matchup went to Nexplay Evos as they defeated Smart Omega 2-1, therefore eliminating the MSC runner-ups from Sibol contention.

Game 1 of their match up went to Omega as they showed Nexplay why they were labeled the ‘Kings of the Late Game’. Unfortunately for Omega, Nexplay won the next two games. The series also showed both teams’ rookie potentials with Omega’s Jhonville Borres “OUTPLAYED” Villar showing his smarts while Nexplay’s Mariusz “Donut” Tan being the better rookie this time.

The last set of games resulted in Onic going home after suffering a defeat against Nexplay. The rookie-laden roster of Nexplay managed to beat the M3 runner-ups with a score of 3-2.

The series went the distance and was back and forth: Nexplay won the 15-minute Game 1, then Onic with Game 2, Nexplay again for Game 3, Onic for Game 4, and culminating with a Nexplay win on Game 5. Nexplay managed to pull off the win despite their star player, Jhon “H2wo“Salonga, being hospitalized due to stomach problems back in Day 2.

All of the games of the second phase of the Mobile Legends Sibol Qualifiers are livestreamed on Sibol’s Facebook page.