BOOM Esports are still the kings of Dota 2 in Southeast Asia.

On the back of an amazing campaign and hard fought struggle we finally got our hands on the trophy. Thank you Hungry Beasts for your never ending support – WE ARE JUST GETTING STARTED 🔥#HungryBeast pic.twitter.com/AcW8Y2tcvR

BOOM dominated the first two games of the grand finals series as they only recorded a total of 8 deaths along with a combined total of 47 kills. However, T1 fought mightily in Game 3 as they stole the game away from BOOM by making a comeback late in the game. 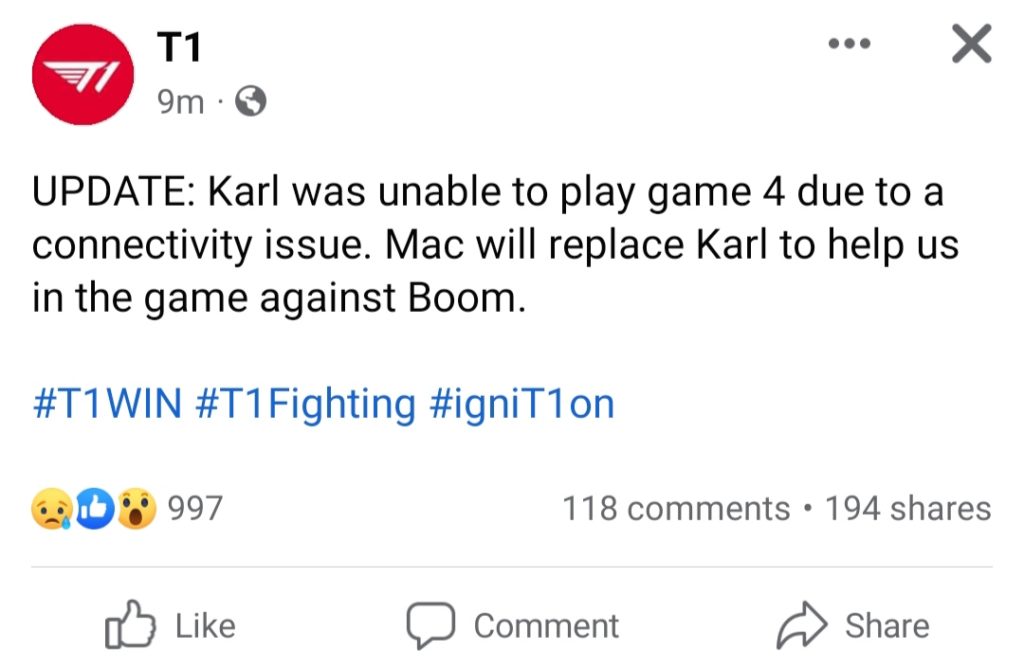 Fortunately for BOOM, the goddess of victory sided with them as they capitalized on Karl “Karl” Matthew Baldovino’s absence due to connectivity issues (Karl was replaced by Mc Nicholson “Lelouch-” Villanueva, who was formerly known as “Mac“, from Polaris Esports).

BOOM’s path to victory was not easy as they have lost to T1 this season twice: once during the regular season and once in the upper bracket finals of the regional finals which resulted to BOOM fighting their way to the grand finals from the lower bracket.