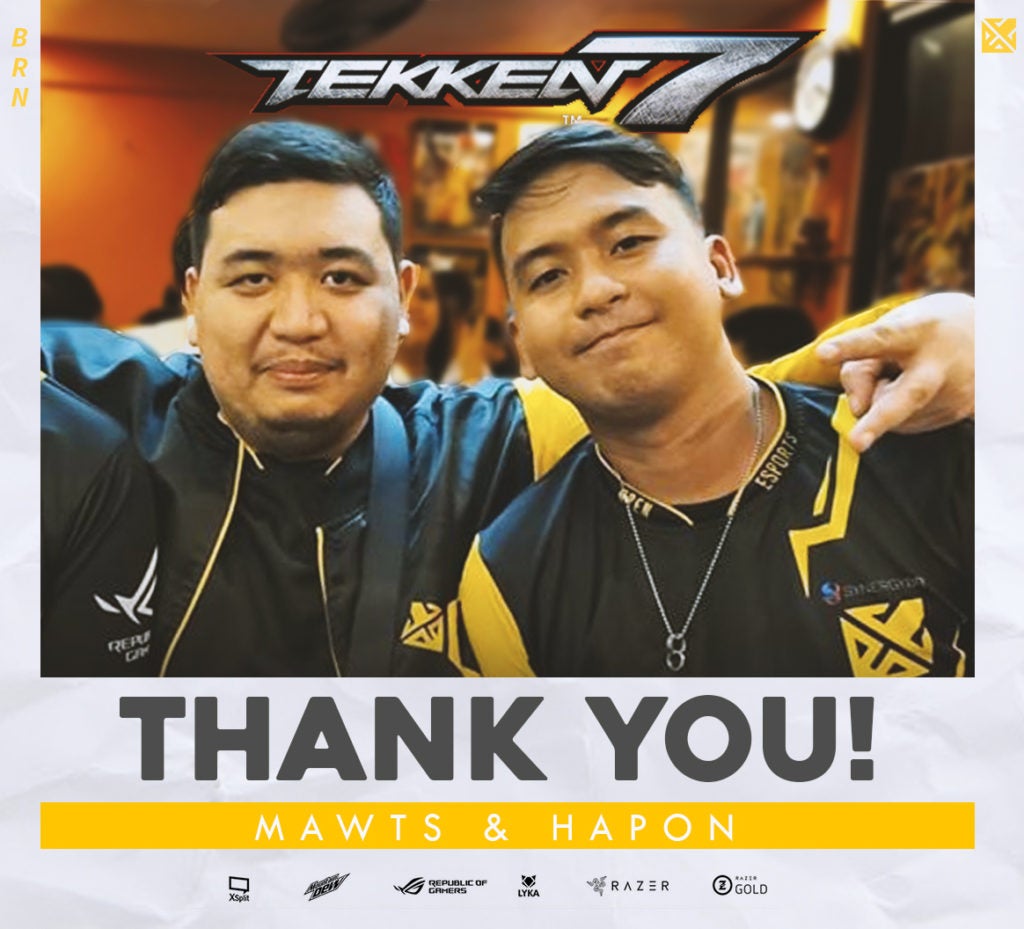 “We had a great run with these kickass guys, but some journeys eventually come to an end. Thank you for giving us an incredible one, BREN Mawts and BREN Hapon. We’ll be cheering for you in your future endeavors,” Bren stated in their announcement.

Mawts revealed in his post that he has been proud to represent Bren for the past 3 years as a player and coach. Meanwhile, Hapon called his experience to be “an honor”.

“I’m very proud to have represented #TeamBlackAndYellow in the past 3 years, growing from a player to a coach, it’s been one helluva ride and I wouldn’t have had it any other way,” Mawts expressed.

For fans of Bren Tekken, they can still expect some action as Maru “Maru” Sy still plays under the black and yellow banner.