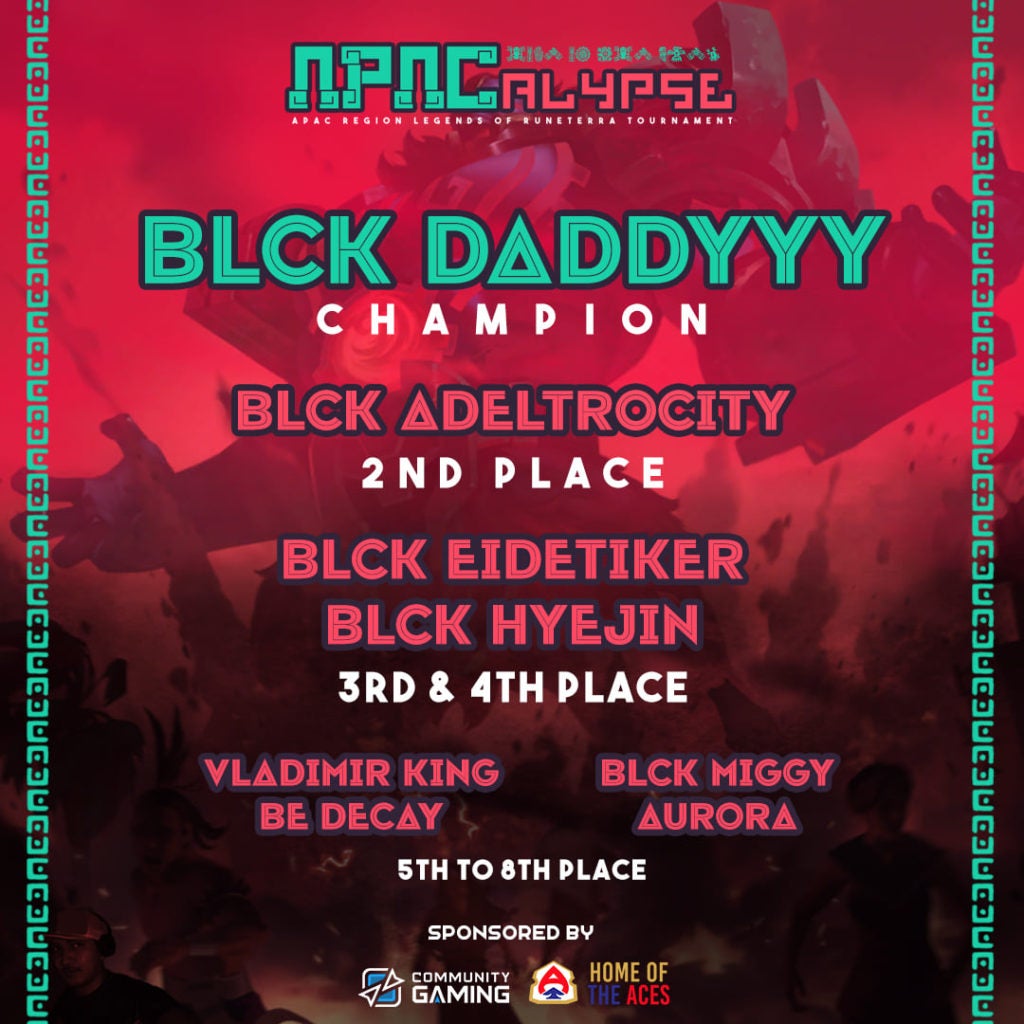 Via Home of the Aces

With this tournament, HOTA founder John Marlo “ZeroAces” Villeza hopes that this will pave way for more support for the LoR competitive scene.

“The competitive scene is really struggling ever since the cross-shard have been disabled especially here in SEA, now APAC. We only have a few teams/organizations that focus on the tournament scene. With the latest announcement from Riot, we might need to have more grassroots tournaments so players can still show their passion for the game. As such, HOTA plans to continue organizing tournaments for APAC, especially during these hard times,” ZeroAces stated.

The APACalypse Legends of Runeterra tournament was organized by Home of the Aces and was sponsored by Community Gaming.