“Smart Omega is back.”

These four words resonate throughout the entirety of Garena CODM at the conclusion of the Garena Masters Season 2.

603 days since their last title, Smart Omega are champions once again as they take down the mighty Blacklist Ultimate to deny them their sixth straight championship.

The former ‘kings of Garena’ delivered a virtuoso performance and showed flashes of their old selves by defeating Blacklist not just once, but twice in a row in the grand finals.

As victorious as they have been, Smart Omega had to go deal with challenges and did it the hard way.

Earlier in the day, they faced Blacklist in the upper bracket finals, only to lose 3-1 and fall to the lower bracket. Smart Omega then took on a gritty challenge from rivals ALMGHTY of Singapore, which they won 3-1. That set them up for a rematch against Blacklist in the grand finals who held a twice-to-beat advantage. 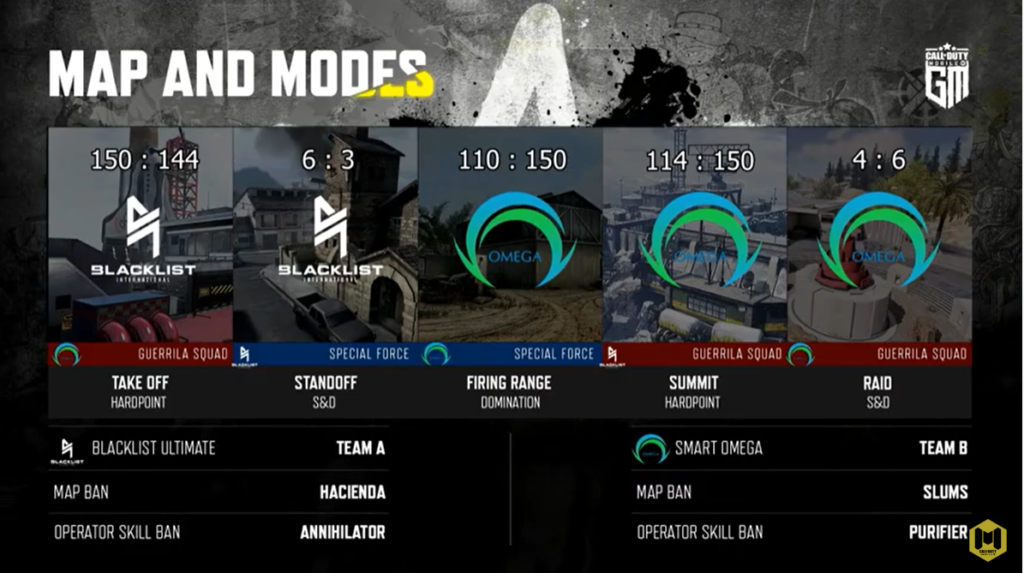 That win over at Raid proved to be the start of Smart Omega’s momentum shift, with Jerrold “Woopiiee” Regay providing perhaps the highlight of the tournament — a back-breaking ace on round 9 with the score tied at 4-4.

Riding high on their 1st series win, Smart Omega continued to capitalize and never looked back for a second. They finished the series 3-1, winning games in Hardpoint at Takeoff 150-76, and Search and Destroy at Standoff 6-3, Blacklist delayed the inevitable for a bit when they stole Domination at Firing Range 150-132 but Smart Omega finished the business 150-101 in Hardpoint at Summit. 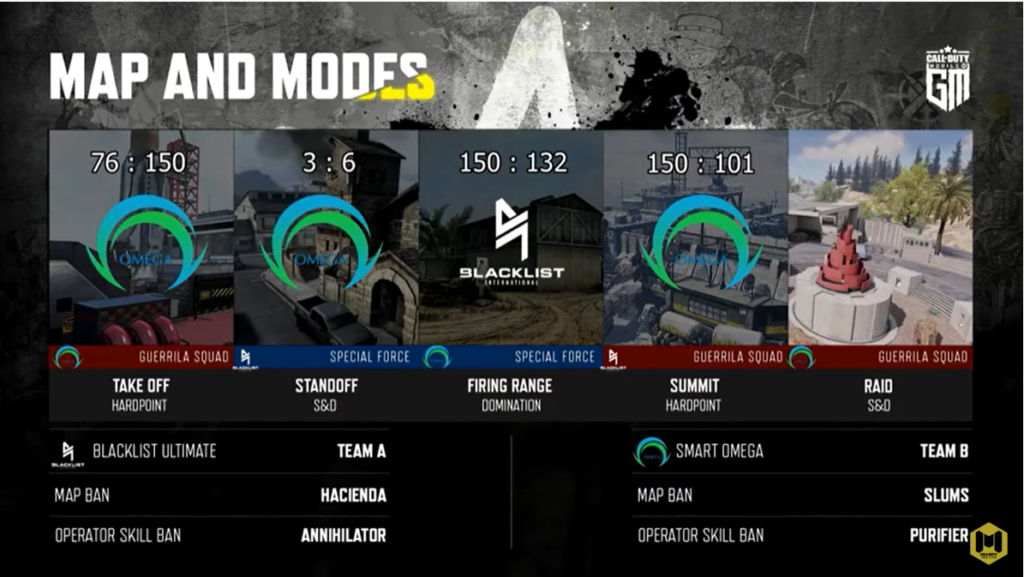 Coincidentally, Smart Omega did the exact same thing Blacklist did to them in the last Philippine championship, who defeated them twice to erase their twice-to-beat advantage. That was Blacklist’s first championship and the start of their dominance in the Garena CODM pro scene.

But now, the boys in green, blue, and black did what countless teams have failed to do for nine months: deny Blacklist a championship and in turn, stop Blacklist’s quest for a 6-peat.