RSG PH tops Group A with 2 points and a net score of 13 after taking down Indonesia’s Dunia Games Esports, 2-0. UTG International on the other hand is on top of Group B with a superior net score of 3 after a draw with Malaysia’s Geek Fam 1-1 on the first day of play. 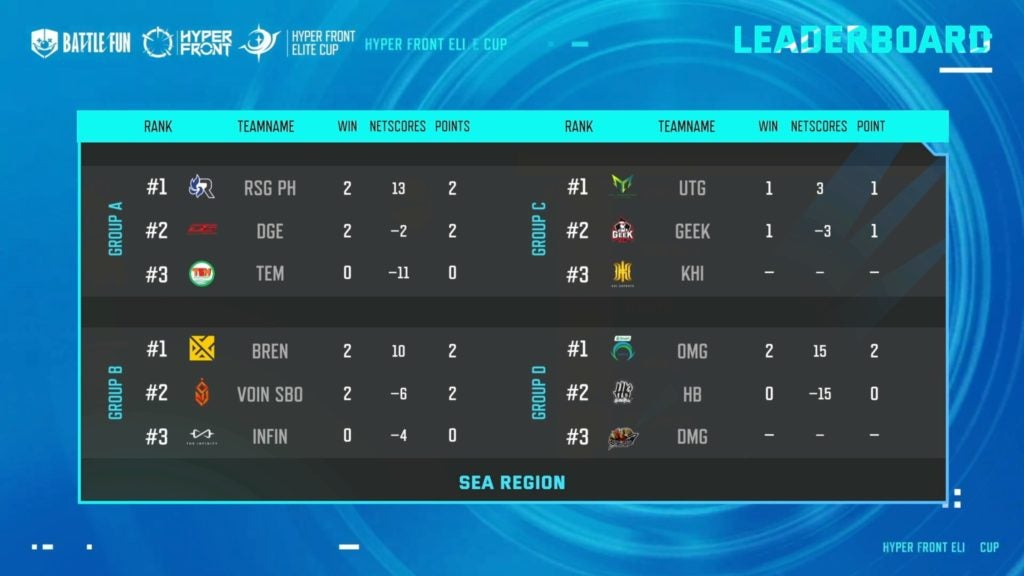 Over at Group C BREN Esports has a 10 point net score advantage and 2 points in the leaderboard table after taking down VOIN SBO Esports of Indonesia, 2-0. Lastly, Smart Omega finished off strong for the Filipinos as they destroyed HomeBois of Malaysia 2-0 for a net score of 15 leading Group D.