The first day of the PGL Arlington Major kicks off with a couple of games simultaneously streamed, with one of them being the Fnatic and OG match. This would be the first professional game Fnatic would play with their three-man stand-in lineup. 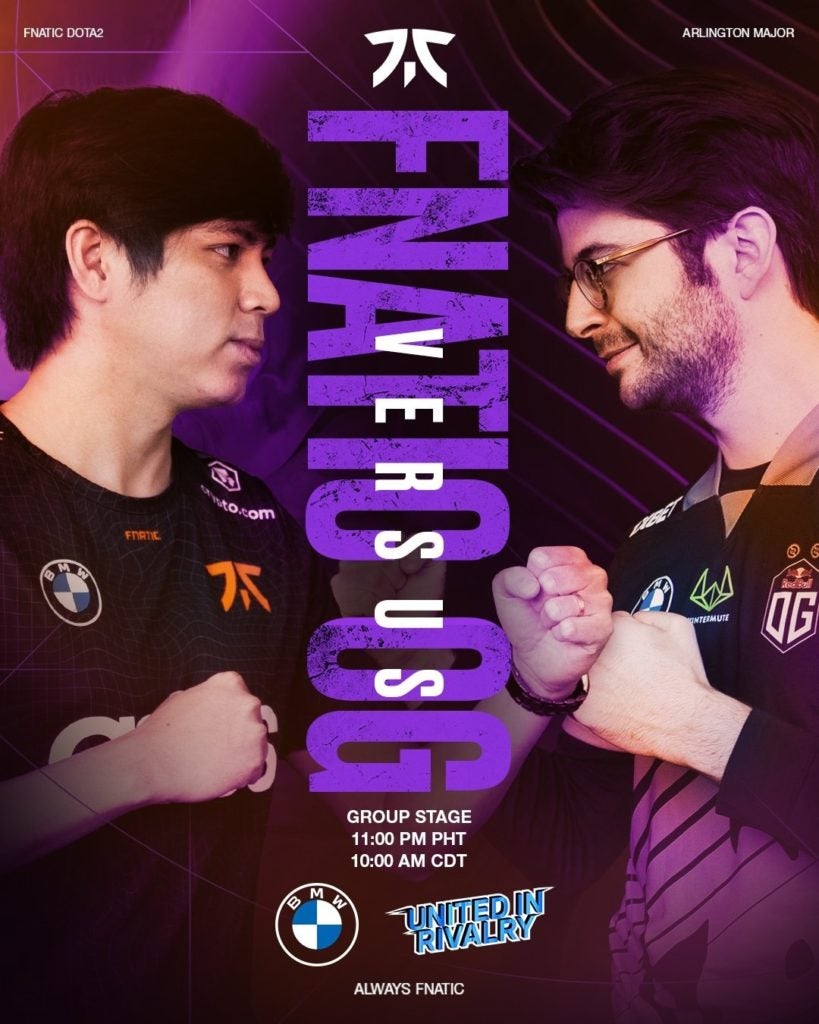 Fnatic leaped into game 1 with an engage-heavy composition with Puck and Tusk for locking down enemies, Death Prophet for the consistent DPS, and Razor to shut down high damage opponents. On the other hand, OG played for the long game, with Faceless Void at the center of their lineup and the four other heroes designed to create space.

The first few minutes of the game appeared to lean into OG’s favor, with Artem “Yuragi” Golubiev scoring first blood against Anucha “Jabz” Jirawong. The lead went on as OG kept racking up kills all over the map.

However, a good skirmish in the bottom lane turned things around in Fnatic’s favor, with Enzo “Timado” Gianoli’s Razor starting to pick up his pace heading into the mid-game.

The game eventually ended in Fnatic’s favor with OG calling ‘gg’ at the 33-minute mark, ending the game on a kill score of 35-14 and a 21,000 gold difference between both teams.

Fnatic led with the same bot lane composition heading into the second game while playing Alchemist in the midlane. OG opted for a rather carry-heavy composition, with Monkey King and Windrunner in their bot lane, and a Morphling as their main carry.

This carry-heavy and crowd-control-focused lineup helped OG pick off kills in the early to mid-game, creating more space for Yuragi’s Morphling to scale well and get his items faster.

This would greatly contribute to OG’s victory, ending the second game with a kill score of 37-23 and a 21,000 gold lead.

As of writing, Fnatic and OG are tied in second place in the group stages, with both having a record of 2-2.

DepEd: Students who get COVID-19 during in-person classes to be excused