Southeast Asian Dota 2 team Fnatic are out of the PGL Arlington Major after losing to South American team Beastcoast. This loss also puts them at a .05-point-deficit from qualifying for a direct invite to The International 11 via DPC points. 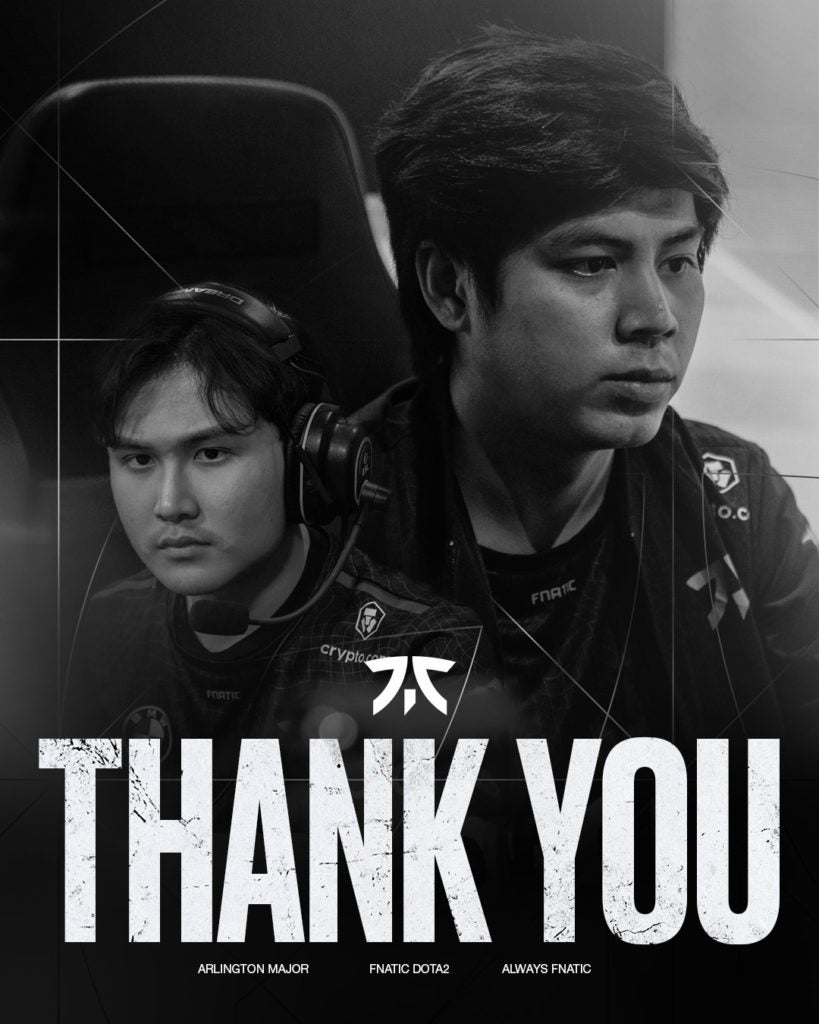 The results of the match against Beastcoast bring Fnatic down to the 13th spot of the Dota Pro Circuit Rankings, overtaken by Outsiders (formerly Virtus.Pro). 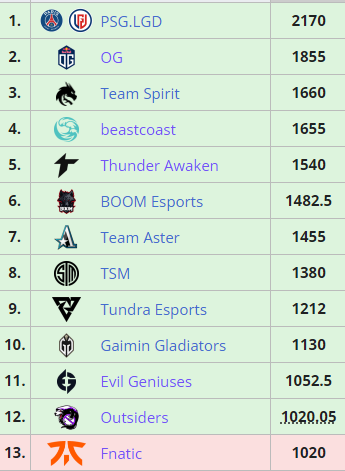 While Fnatic fans mourned the results of the series against Beastcoast, Evil Geniuses (EG) fans took their celebration to Twitter. Fans of the North American team thanked the South American team for knocking off Fnatic and securing EG an automatic spot to TI11.

However, Fnatic has not lost all hope. The team still has a chance to play for the single qualifying slot in the Regional Qualifiers this September. If they fail to proceed, their last chance would be to secure one of the two LCQ slots.

UPDATE: As of August 16, 2022, some clarifications have been made regarding the list of qualifying teams for TI11 direct invites. Russian Team Outsider and Fnatic have swapped places, allowing for the SEA team to qualify for TI11 via direct invite.