Valve DPC Ruling: Fnatic qualify for TI11 ahead of Outsiders

Southeast Asian Dota 2 team Fnatic has qualified for The International 11 via Dota Pro Circuit points in a dramatic turn of events. The TI11 direct invites list from Liquipedia included Russian team Outsiders as part of the 12 teams. However, the official Dota 2 DPC website reflects that Fnatic was the last team that made it to the final list of teams receiving a TI11 direct invite. 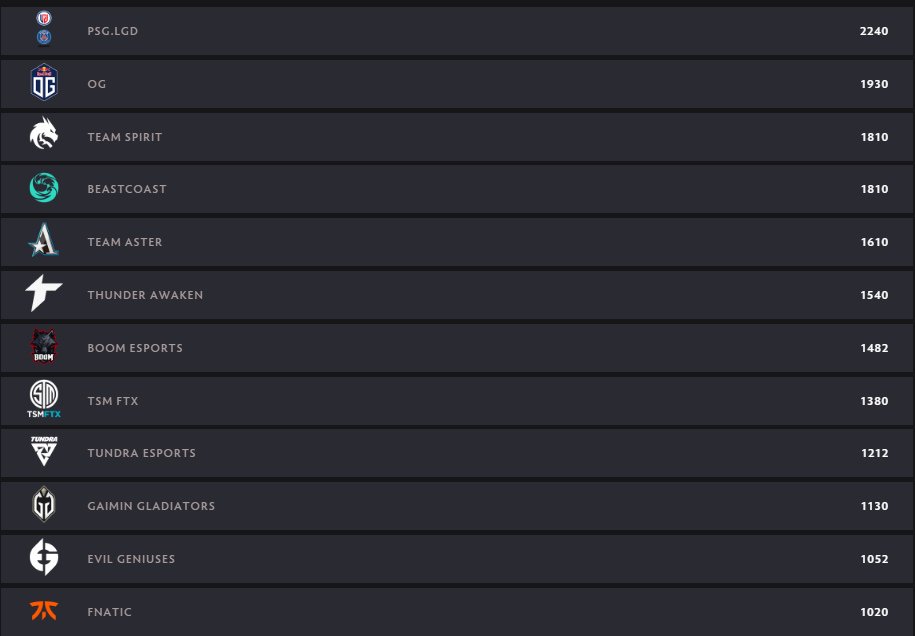 List of directly invited teams from the Dota 2 official website(top), and Liquipedia’s version of the list (bottom). 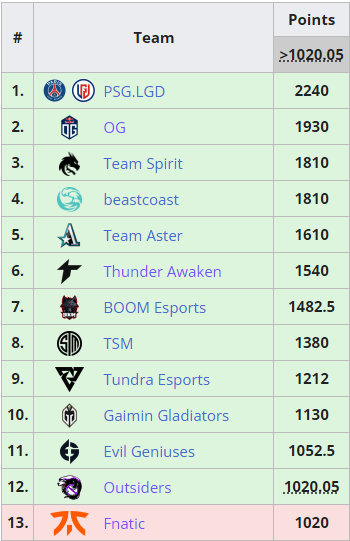 Liquipedia showed the 12 teams qualifying via DPC points that included Outsiders with 1020.05 DPC points, with Fnatic sitting in the 13th spot with 1020 DPC points. The Dota 2 official website reflected that Fnatic got in the top 12 with 1020 points, while Outsider was out of the list with 1019 points.

We are aware of a discrepancy regarding how the DPC standings are calculated when compared to unofficial sources. The DPC website https://t.co/lqfXMpOBmD reflects the official standings for the 2021-2022 season.

Liquipedia has slightly different numbers from the Dota2 site. Which one is the correct one? Fnatic or Outsiders making it to TI? pic.twitter.com/5NOik3GRQE

This change makes Fnatic the second SEA team to qualify for TI11 via DPC points, next to BOOM Esports. Russian team Outsiders will have to compete and win the regional qualifiers if they wish to make it into TI11.