Valve released the last major patch for Dota 2 today, less than two months before The International 11. This patch brings in some map changes, new neutral camps, and added Primal Beast into Captains Mode.

The patch also brought interesting Aghanim’s Scepter reworks to some heroes, including the meme-worthy Centaur Warruner Grab services, patent pending (not really). The Warruner’s new Scepter ability allows him to literally “grab” an ally and hitch them on a cart that he pulls for a certain amount of time. Allies under this effect cannot move, and thus will not cancel any channeling spells they are currently casting. This feature brings some interesting interactions with heroes possessing powerful channeling spells such as Crystal Maiden and Enigma. 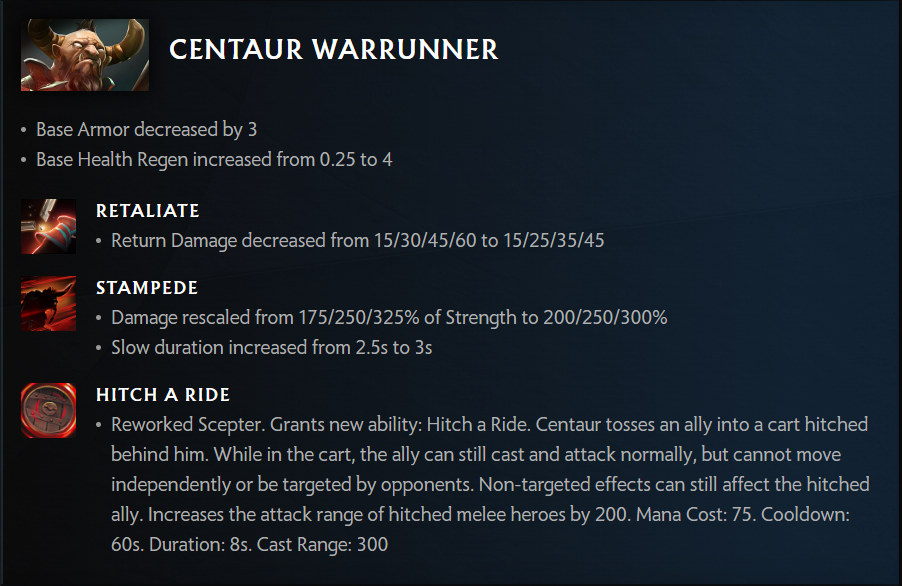 Take a look at some of the videos shared by resident Dota 2 content master, Wykhrm Reddy:

last one i promise … pic.twitter.com/ZI6GZYErNS

Valve had also announced that the TI11 Battlepass will be released on September 1, 2022.