Team chemistry, hyper-aggression, and the team Paper Rex wants to face in Champions 2022

Notions of Southeast Asia being a minor region in Valorant have long since been a thing of the past.

At the forefront of SEA’s elevation in the pecking order is Paper Rex, a team that has proven to be a relentless force in international LAN events this season. The Singapore-based squad’s latest foray into the international stage ended with a runner-up finish at VCT 2022: Stage 2 Masters – Copenhagen after a narrow 3-2 defeat to FunPlus Phoenix. While they may be left to rue the outcome of that final on another day, Paper Rex’s eyes are set on the crowning event of the Valorant Champions Tour, Champions 2022.

“We’re going to stick with what’s worked for us so far, which is going into the tournament with no high expectations and focusing on having as much fun as possible,” says captain Benedict “Benkai” Tan. “To be honest, we haven’t done anything special in terms of Champions practice; it’s been business as usual.”

Fellow Singaporean and Duelist Jing Jie “Jinggg” Wang shares his captain’s sentiments. “We haven’t changed our approach to the game; rather, we’ve been making small improvements here and there in the hopes of becoming even better.” There’s a noticeable mix of confidence, camaraderie, and composure in the Paper Rex side whenever they’re on stage and those are qualities you see in a squad that’s stuck with each other for almost a year. Rosters staying intact for extended periods isn’t just uncommon in Valorant, but esports in general, and Jinggg explains how the team’s specific circumstances make this setup work and translate to results.

“I believe we’re just having a good time together. We enjoy spending time together, and because we live in different countries, I believe we get the ideal balance of alone time and team time, which we highly value.” For added context, Paper Rex brought together talent from all over Southeast Asia: Khalish “d4v41” Rusyaidee hails from Malaysia while Aaron “mindfreak” Leonhart and Jason “f0rsakeN” Susanto are from Indonesia. Bar Jinggg, the rest of the current Valorant roster, along with coach Alexandre “alecks” Sallé, also competed in CounterStrike: Global Offensive under the Paper Rex banner.

“I believe that the benefit of staying together for a little longer is that you get to know each other better, and therefore we have a good grasp of how all the players think about VALORANT,” Jinggg adds.

Playing together for so long also helped Paper Rex develop a distinctly hyper-aggressive playstyle that teams from other regions have struggled to adapt to and has even spurred other teams into emulating their playstyle with varying degrees of success. Benkai only sees positive things coming from this. “It’s fantastic, in my opinion. We play a VALORANT style that I believe fans enjoy, so it’s encouraging to see that more teams are attempting to emulate us.”

One team that appears to rival Paper Rex’s aggression is China’s Edward Gaming, who will be competing in a Valorant LAN for the first time after dominating the East Asia Last Chance Qualifier. The Chinese side will open Group A proceedings with their matchup against Paper Rex and Jinggg relishes the opportunity to take on a team of their quality. 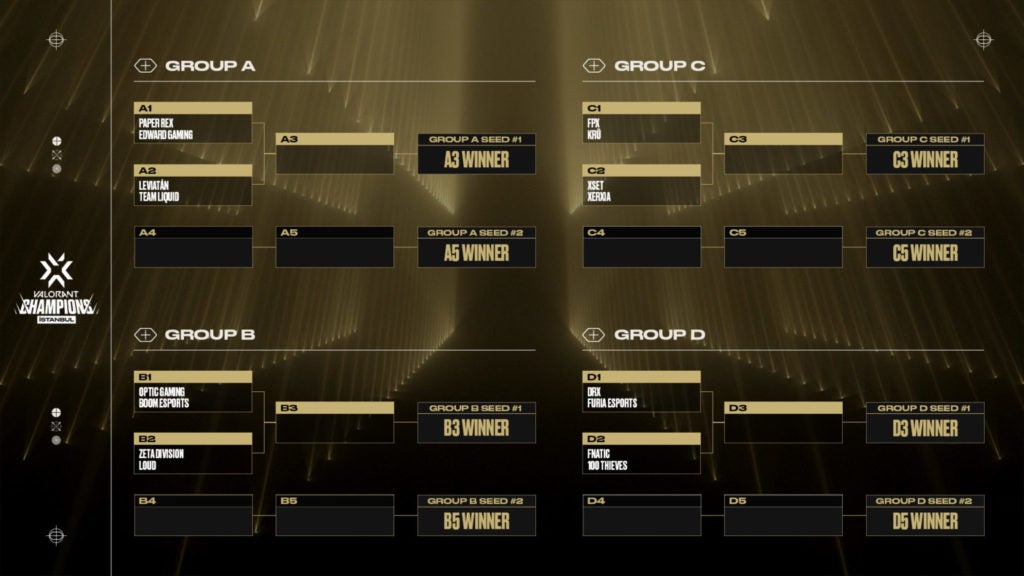 “By not dropping a single map in LCQ, I believe they’ve demonstrated that they’re a very good team,” he says. “They play very fast, just like us, so I think it’s going to be a very explosive and fun game for the fans.”

Assuming they overcome the Group Stage hurdle, Benkai shares the team he wants to face the most and the rather interesting reason behind it. “I’m looking forward to facing 100 Thieves. I would love to get some revenge since they took down one of my favorite players, Shroud.”

Champions 2022 will be bringing together 16 of the best teams in the world and Benkai feels good about SEA’s chances of putting on a good show with XERXIA and BOOM Esports joining them in raising the region’s banner. “The beauty of these tournaments is that you never know which region or which team will surprise you.”

Speaking of surprises, Benkai claims that he doesn’t decide on his pre-match outfit until a few days before the game but fans will surely be expecting more of this in Istanbul:

We're taking a look back at the best moments and reactions of #VCT Masters Copenhagen.

A big thank you to all the streamers and fans who supported us through this tournament!

Valorant Champions 2022 will begin tomorrow, August 31, 2022, with Paper Rex taking on Edward Gaming in the Group A opener. The Group Stage will follow a GSL format while Playoffs will be done in Double Elimination. The tournament will conclude with a best-of-5 Grand Final on September 18, 2022.