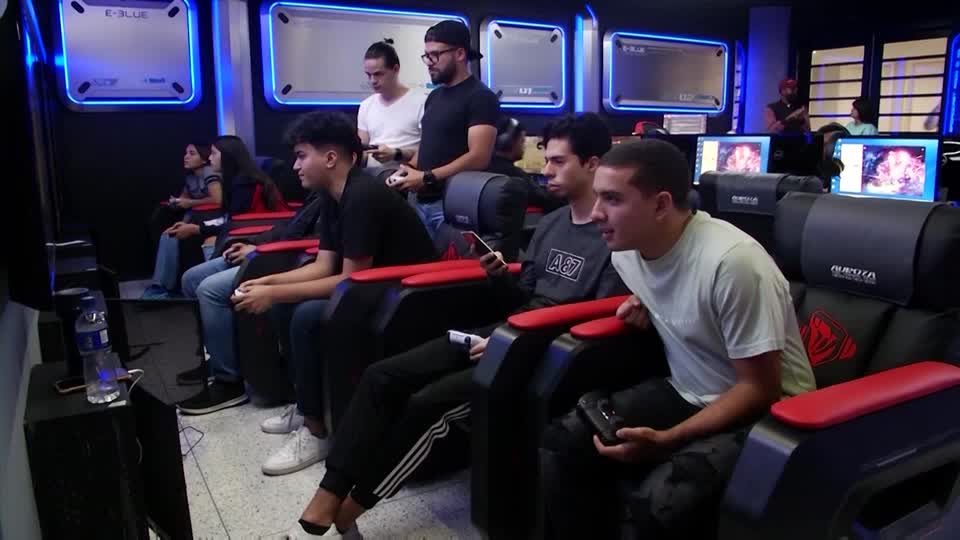 CAGUA, Venezuela—Gamer Gabriel Parra was ecstatic to see himself hailed as the “Venezuelan star” after scoring the fastest time in an international Formula 1 eSports racing competition in May.

“The truth is that when I saw the result… it was something magical, surprising, a dream I always had as a child that came true,” said 23-year-old Parra, who lives in central-Venezuela’s Aragua state, and started playing video games at the age of four.

He is one of some 3,000 young Venezuelans competing in the multi-million dollar “eSports” industry, a lucrative business with international signings, prizes and millions of viewers which has started to boom in the Andean nation, despite economic chaos, poor internet connection, power failures and local restrictions on war games.

The dream of earning a living as a professional gamer is particularly resonant for many young people in Venezuela given the sparse opportunities otherwise available in a country with a minimum monthly salary equivalent to about $22 a month.

Venezuela has long suffered hyperinflation under the presidency of socialist Nicolas Maduro. Although it has somewhat slowed this year, its annualized inflation rate of 167% in May remains among the world’s highest.

Professional gamers who aspire to become international superstars train an average of 40 hours a week. It’s a dream job for many teenagers, offering such advantages of recurring income, the ability to work from home and combining hobby with career.

Globally, most players who sign with eSports teams can earn salaries ranging from $200 to as much as $10,000 per month, plus prizes, according to data from the e-sports federation.

The Universidad Catolica Andres Bello, one of Venezuela’s leading private colleges, recently opened the first eSports academy to train players for international competitions. A one-month course could cost around $150, while the one-hourly rate is $5, academic coordinator Carlos De Abreu said.

“There are a lot of interested people, there is a lot of talent here in Venezuela, a lot of players,” said Abreu.

Esports talent in Korea gets boost from big business, easing of gaming ban