AND THEN THERE WERE 3: Blacklist, ALMGHTY, Smart Omega set for final showdown

History really does repeat itself.

Despite facing other giants and powerhouses from different countries in Southeast Asia, the three best teams that came out on top and will fight for the regional title are from the MSP (Malaysia, Singapore, and the Philippines) region.

Just like the Garena Masters, the Philippines’ Blacklist International Ultimate, Smart Omega, and Singapore’s very own ALMGHTY will figure each other out to determine who the rightful ‘kings of Garena’ are. The three colossal teams bested Indonesia, Thailand, and Taiwan’s best and showed MSP’s caliber to be able to reach this final stage. 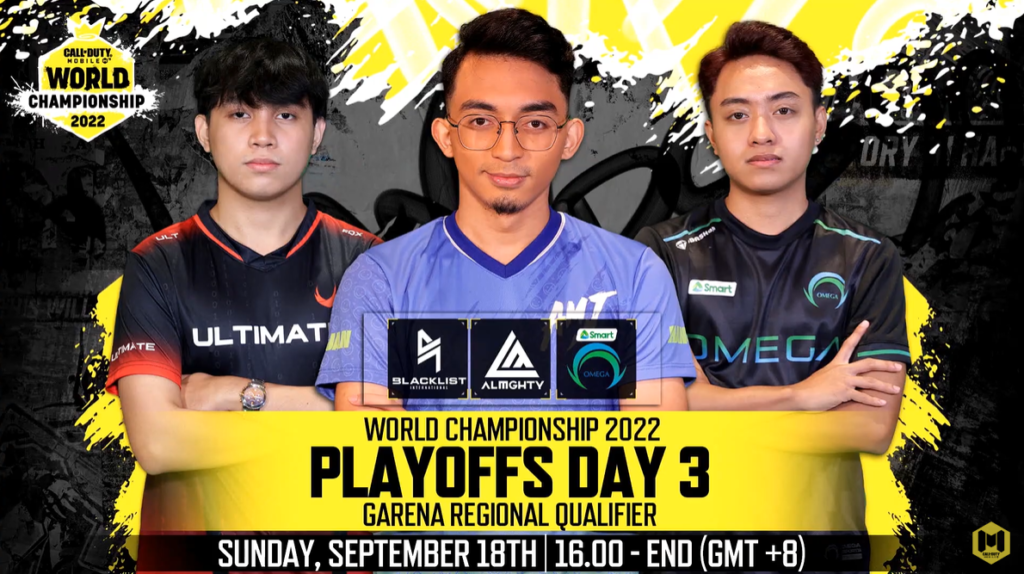 All three have storylines worth shedding the limelight on.

For Blacklist Ultimate, a win against ALMGHTY would send them to the World Championship where they are the defending Eastern Champions. If they do win it all in this Stage 4 championship, it’s merely an added bonus as the main goal is to qualify for Stage 5 and the chance to defend their world title against the rest of the world.

On the other hand, for Singapore’s ALMGHTY, its to defend its title after being crowned the Garena Regional Qualifiers champions last year and earning themselves the title ‘kings of Garena.’ Moreover, they would want to avenge their loss in the World Championship final last year against the same team in Blacklist.

As for Smart Omega, it would be a redemption and conclusive story as they would be vindicating themselves and reclaiming their title which they sought long enough since winning it all in 2020. With a win, it would also mean they will be back in the World Championship after being deprived of playing there back in 2020 and it would fulfill their fallen coach Kyaaah’s dream to finally qualify and play in the World Championship in a LAN setup.

With so much at stake for each of these three teams, they would have to bring the best versions of themselves as there will be no more room for error at this stage.

There will be many surprises and heartbreaks as people would have to bid one of these teams goodbye because there will be only two slots allotted for Garena and Southeast Asia in CODM’s World Championship 2022.

If only Garena had 3 slots, the world could have been treated to the spectacle of watching these three teams play. However, life is cruel and we would see one of these teams fall short of the ultimate dream.

And then there were 3: Blacklist Ultimate, ALMGHTY, and Smart Omega. Two will move on, one will fall. Watch the battle for supremacy in Southeast Asian CODM unfold on Garena CODM’s official Facebook page and YouTube channel respectively.