The first day of The Nationals’ is done and out and the results are in for September 22, 2022.

Smart Omega led the way with 2 series wins and 5 overall points scored after dispatching BREN EPro and Laus Playbook Esports Eagles. They first survived a tough challenge from BREN after dropping Game 1 in Hardpoint at Raid (228-250) and win the next two games in Game 2 Search and Destroy at Firing Range (7-5) and in Game 3 Control at Summit (3-2) to secure the series 2-1 and tally 2 points in the leaderboard. 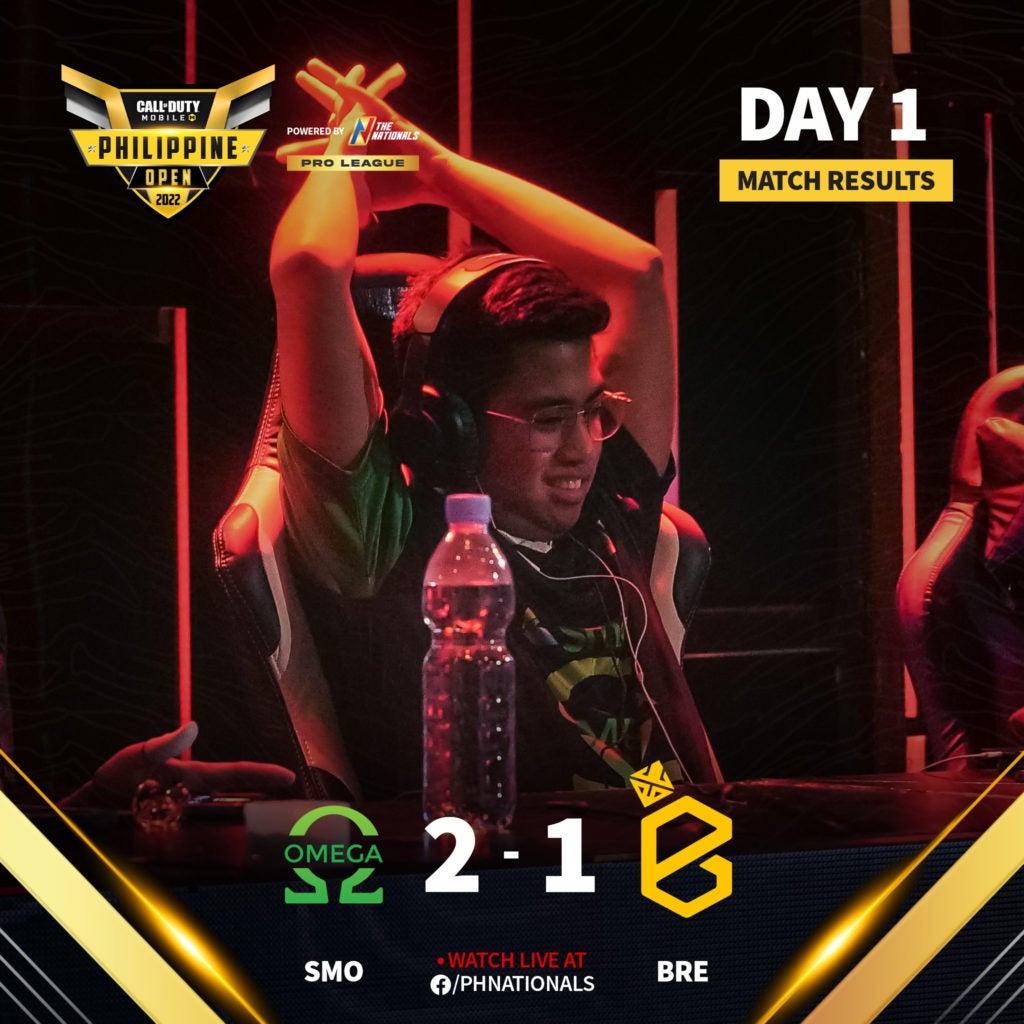 Smart Omega proceeded to make quick work of Laus Playbook Esports, winning comfortably in Hardpoint at Firing Range (250-139) and Search and Destroy at Summit (7-4) to sweep them and top the leaderboard in the process. 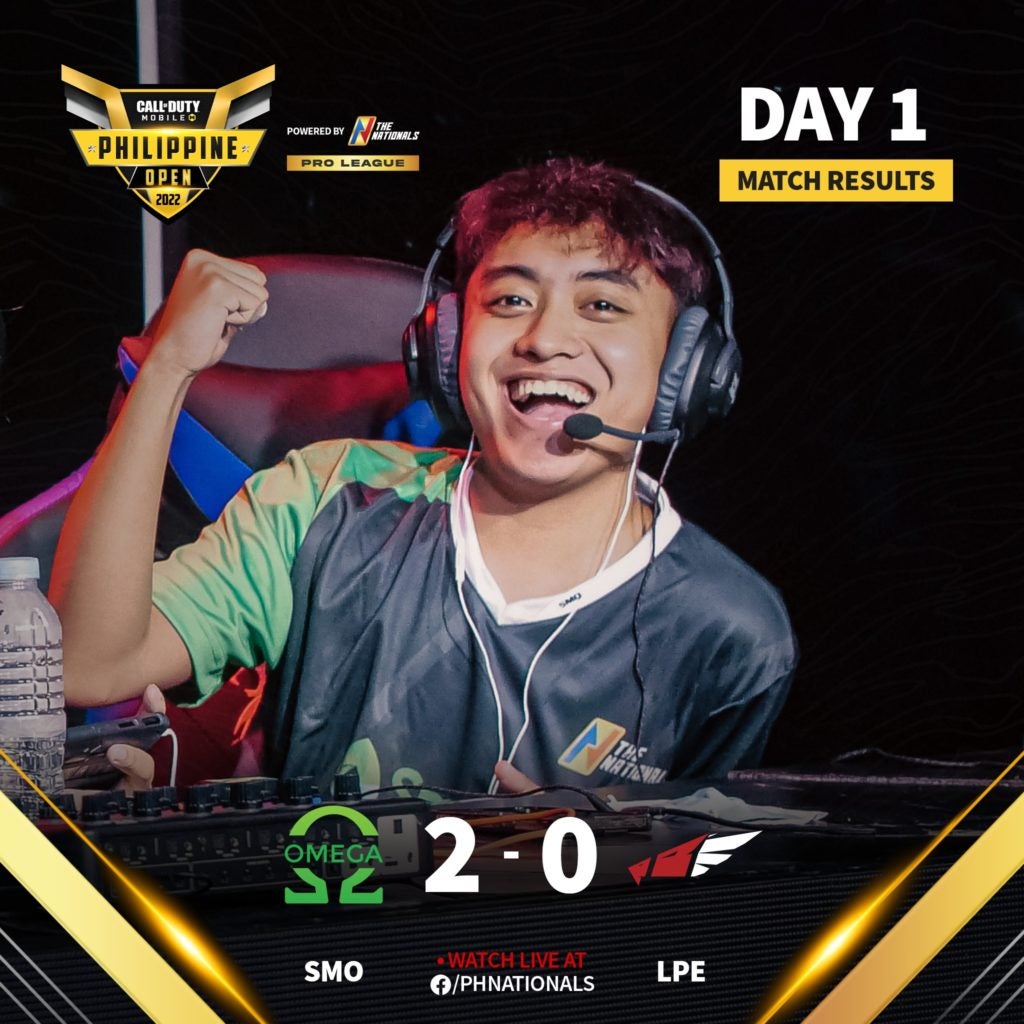 On the other hand, the STI E-Olympians and Cignal Ultra Warriors both delivered 2-0 series wins against the Happy Feet Emperors. STI won in Hardpoint at Summit (250-184) and Search and Destroy at Standoff (7-2) while Cignal claimed their victory in Hardpoint at Standoff (250-198) and Search and Destroy at Firing Range (7-2). As a result, the Emperors drop to the bottom of the standings with a 0-2 record. 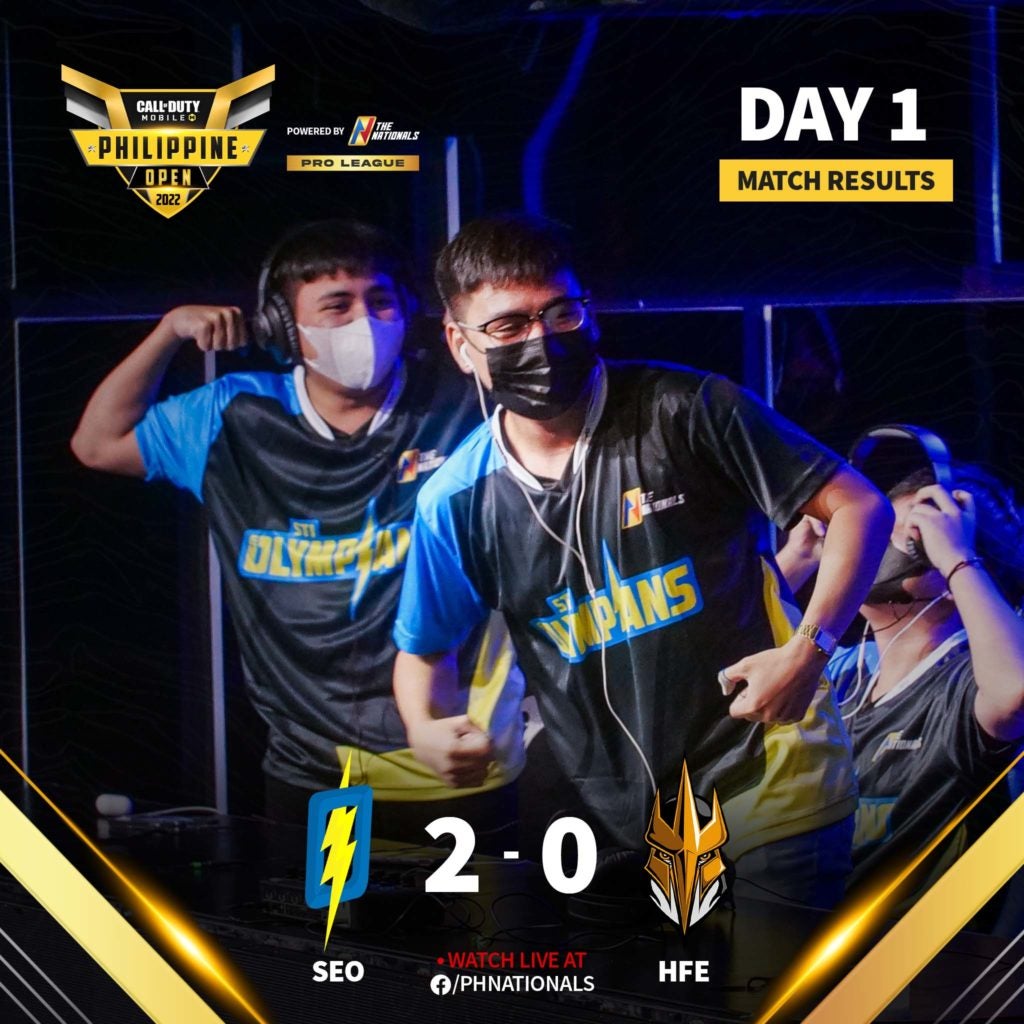 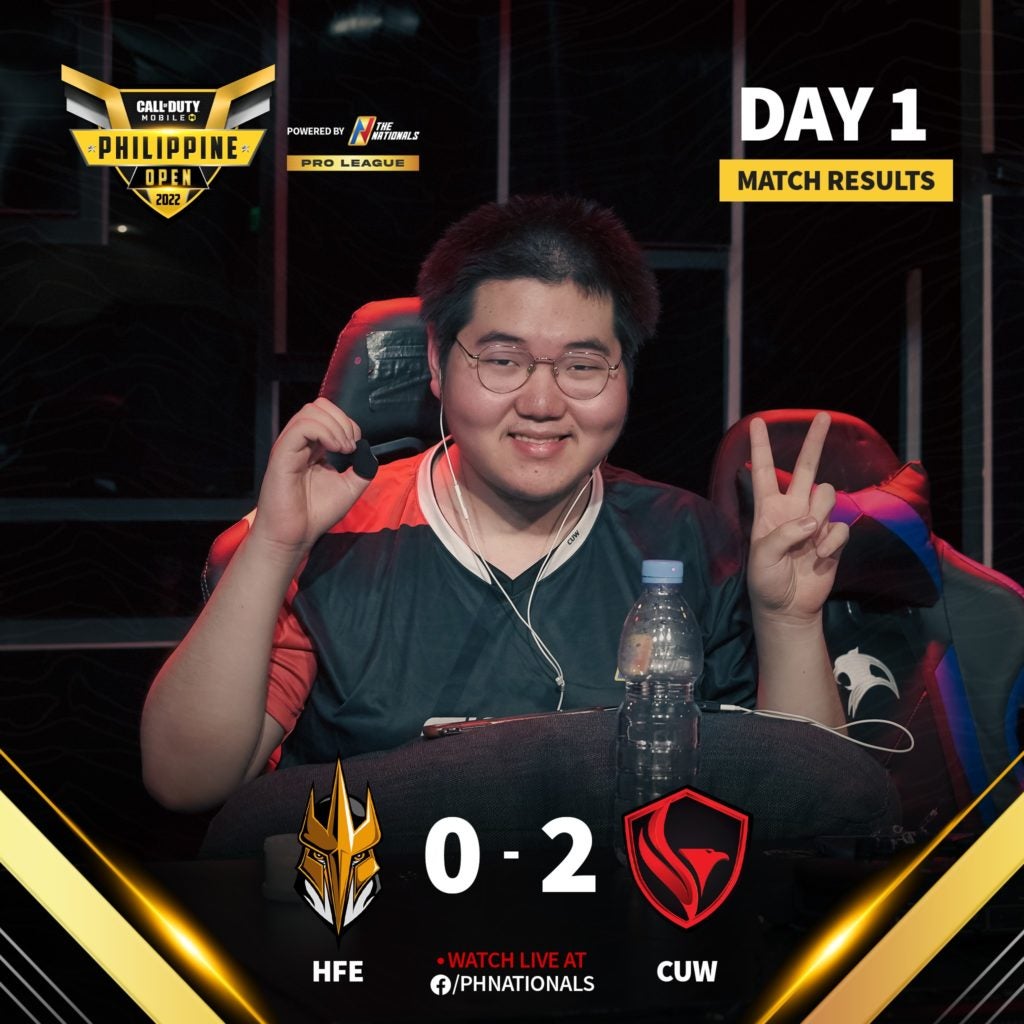 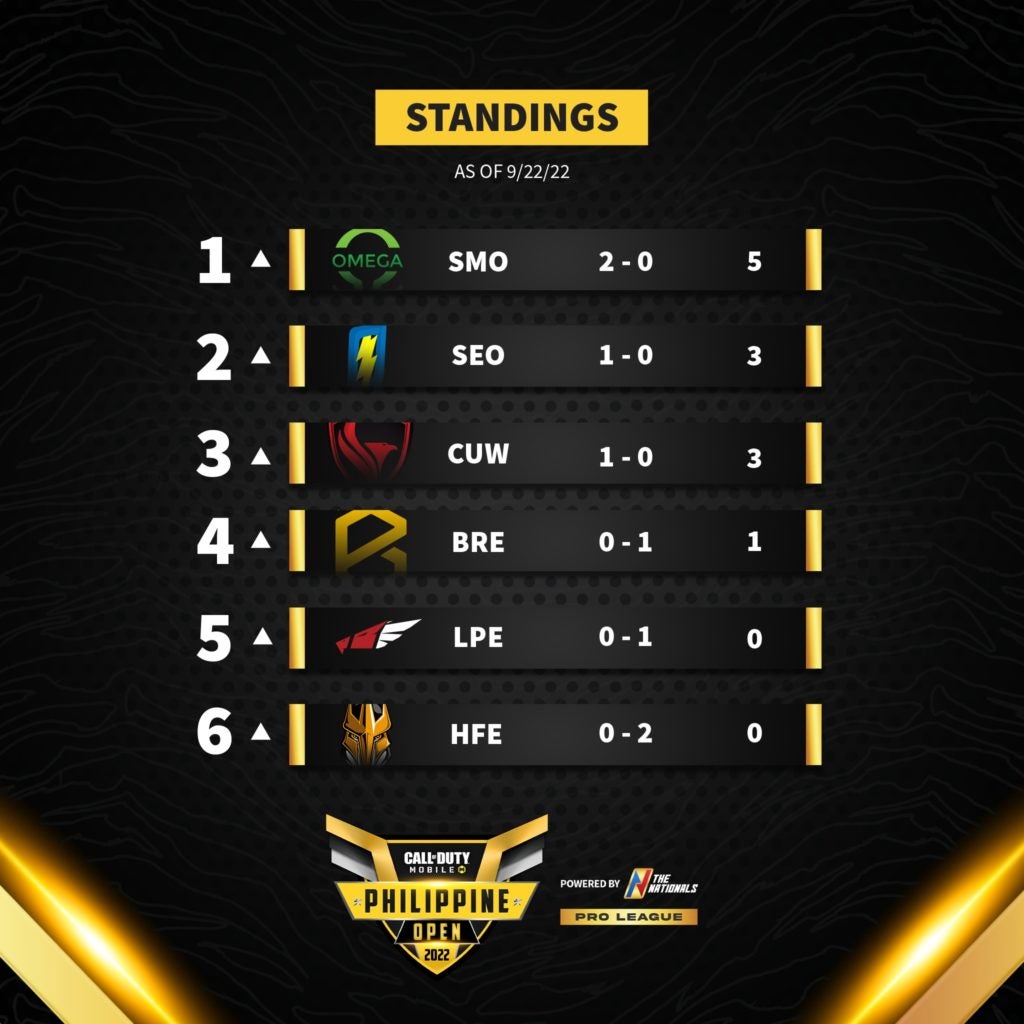 Day 2 action of The Nationals Pro League in the CODM Philippine Open continues this weekend, September 23-24.