As the release date nears, a new Pokémon Scarlet and Violet trailer was released and with it came news about Girafarig’s new evolution, picnics, gender neutral characterization, and more.

With the new trailer 14-minutes long, here’s a quick recap if you don’t have the time to watch it.

Girafarig Gets A New Evolution 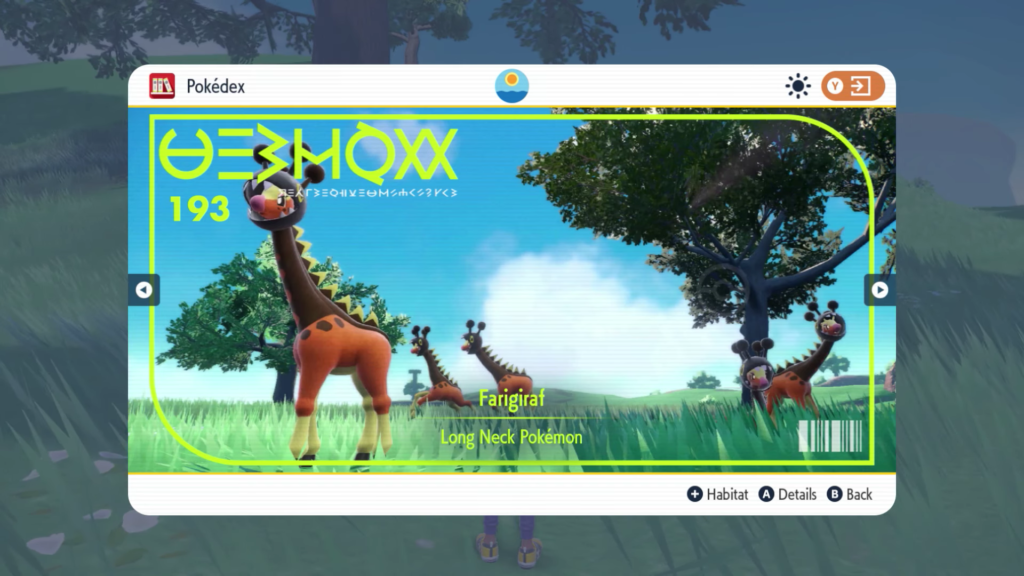 Everyone’s favorite palindrome Pokémon Girafarig gets its own evolution form. | Via Nintendo / The Pokémon Company

Farigiraf debuted as a Normal-Psychic type evolved form of Girafarig. As a result of its evolution, Girafarig’s tail becomes a sort of like a helmet for Farigiraf, which can be used for offense and defense.

Along with Farigiraf’s introduction comes two new Pokémon abilities: Cud Chew and Armor Tail. Chew Cud allows the Pokémon to eat the berry it carries twice in over two turns. Meanwhile, Armor Tail stops an opposing Pokémon from using priority moves — an ability that we’re predicting to be popular in competitive battling. With Farigiraf’s stats still unknown, one can only wait and see if Farigiraf will be competitively viable.

You can have picnics almost anywhere while exploring the Paldea region in #PokemonScarletViolet!

Spend time with your Pokémon and change the designs of the items at your picnics to an arrangement of your liking! pic.twitter.com/7b8mf3pRdS

Similar to Sword and Shield’s camping feature, a new way to hang out with your own Pokémon was teased and it’s all about picnics. From a washing minigame (with a poor little Mareep as a sponge), tablecloth customization, and sandwich making, the Paldean Picnic is a welcome addition for casual gamers to just chill with their respective Pokémon.

What’s more, is that this mechanic might just have a new way to breed Pokémon as Pokémon Eggs might appear in your picnic basket (and it wasn’t explained why).

WE FINALLY HAVE GENDER FLUID CHARACTERS IN POKEMON

I REPEAT WE FINALLY HAVE GENDER FLUID CHARACTERS IN POKEMON

The narrator even used neutral terms during this segment!!! HELL YES#PokemonScarletViolet pic.twitter.com/OyNfzFOFRU

With games being more gender-inclusive nowadays, Pokémon Scarlet and Violet will have gender neutral customization as customizing characters in the game features a plethora of choices that aren’t gender-locked. 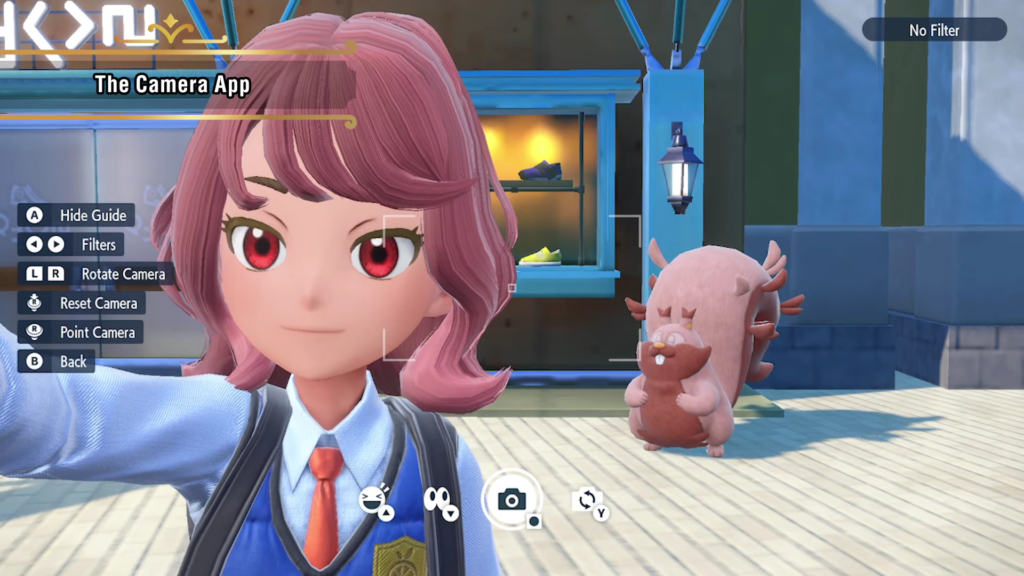 Yes, cameras are a thing in this game. | Via Nintendo / The Pokémon Company

The camera feature in this game has lots to offer. You can take selfies, photograph everything around you (Pokémon, landscapes, etc.), and use multiple filters.

Moreover, the pictures you take can be used as your character’s profile card background.

There is a lot of information to unpack from the new Pokémon Scarlet and Violet trailer. Here’s the rest of them:

With so many things already announced, we can’t wait for the game’s release. Pokémon Scarlet and Violet are set to release on November 18, 2022. For more information on the game, you can visit its official website here.