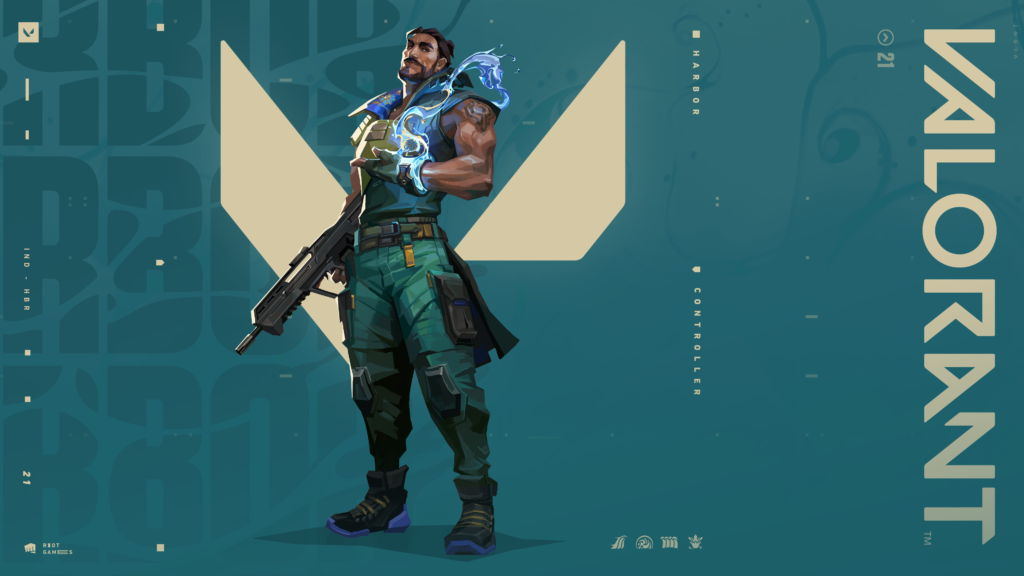 Riot Games just released their newest agent for VALORANT. His name is Varun Batra, most commonly known by his agent name, Harbor. He wields the ability to conjure waves and water-based structures thanks to the artifact that bound itself to him during a mission to Mumbai. He now works with the VALORANT Protocol and is constantly chased by his former REALM teammates after being framed for theft and plotting to kill his former captain.

The five rings and bracelet that bound itself to Harbor grant him the ability to create water out of thin air and do his bidding. His abilities focus on concealing objectives and blocking pathways, making him a good site controller.

Let’s dive into his abilities, shall we? 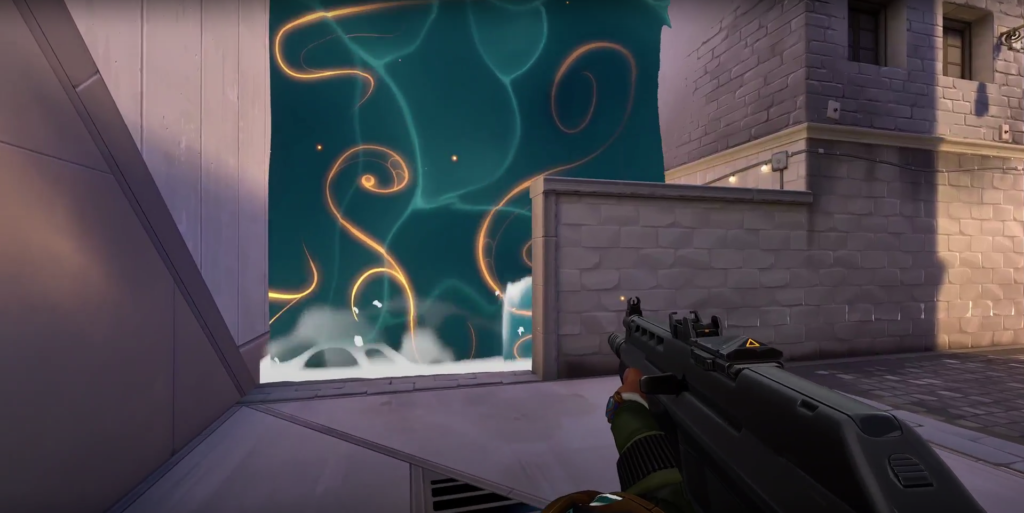 EQUIP a wave of water. FIRE to send the wave rolling forward and through walls. RE-USE to stop the wave early. Players hit are SLOWED.

This is one of Harbor’s many site-concealing utilities. The wave moves long enough to cover almost half a site, and when timed right, can create a perfect obstruction that restricts vision and slows enemies entering the site. Be careful though, as ALL players that pass through the wave are slowed, including you and your allies.

EQUIP a sphere of shielding water. FIRE to throw. ALT FIRE to underhand throw. Upon impacting the ground, spawn a water shield that blocks bullets.

This is Harbor’s selling point. This ability blocks ALL bullets, including abilities that count as bullets (I’m looking at you, Chamber). However, projectile-based abilities like Viper’s vial and Killjoy’s nanoswarms are not blocked and can still kill you from the inside. The shield has 500 HP, and takes around 13 Vandal shots to fully break. The shield is opaque and hollow, and it can also be broken from the inside. 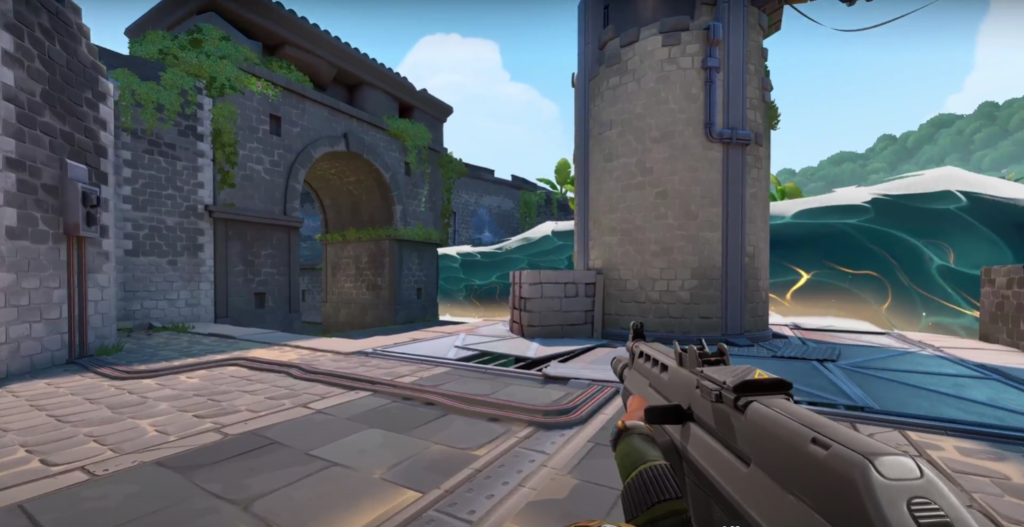 EQUIP a wall of water. FIRE to send the water forward along the ground. HOLD FIRE to guide the water in the direction of your crosshair, passing through the world, spawning a wall along the water’s path. ALT FIRE while bending to stop the water early. Players hit are SLOWED.

This is Harbor’s bread-and-butter ability. It’s longer than a Phoenix wall and more versatile than a Viper wall. The ability gives players the agency to maneuver the wall to cover at least two entry points of a site if placed correctly. Additionally, the slow also makes it harder for enemies to rush in blindly to the site at the risk of being open for an easy headshot. 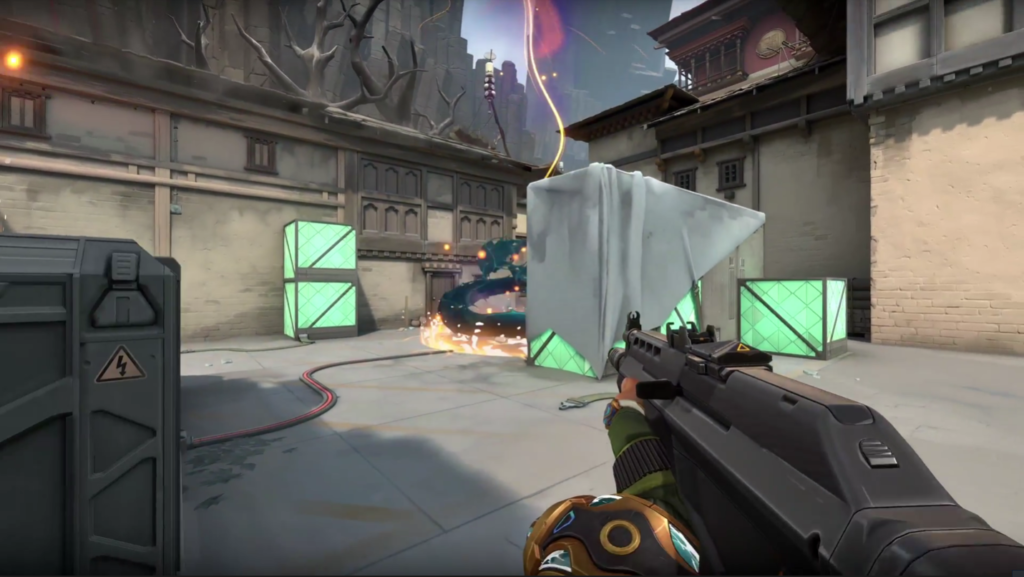 EQUIP the full power of your Artifact. FIRE to summon a geyser pool on the ground. Enemy players in the area are targeted by successive geyser strikes. Players caught within a strike are CONCUSSED.

This is what makes Harbor exceptional in both attacker and defender sides. When taking a site as the attacker, Harbor can initiate with this ability to draw out enemies from hiding. Even if the enemies do not get out of their spot, the geyser strike reveals their position anyway, leaving them concussed and open for shots. When holding a site, Harbor can cast this ability to force attackers out, forcing the opponents to rotate.

Harbor’s abilities allow him to be a great controller-initiator, as well as a pivot defender during defense rounds. His strong path-blocking abilities and bulletproof smokescreen allow his team to safely enter sites and take control of it. It’s too early to say if Harbor will be integrated seamlessly into the professional meta, but his value of carrying multiple class characteristics into one convenient package cannot be understated. To see a full preview of the agent’s abilities, check out the Esports INQ Harbor abilities breakdown here.